Today’s Kindle deals include just three titles, but each of them is worthy of a place in your library.

(Yesterday on the blog: New and Notable Books – Three-Minute Thursdays #10)

Developing a Sending Culture in Our Churches

Are you going to be at the G3 conference in Atlanta next week? If so, why don’t you come out to this lunchtime event I’ll be speaking at?

Jonathan Leeman writes about an important issue in the church today. “Many Christians struggle with what it means to forgive a pastor who has committed a grievous act. Recently, a Memphis megachurch pastor admitted to a ‘sexual incident’ with a high school student 20 years ago in Texas. I’m not in a place to render judgment over another church’s matters. Yet how should we think about forgiveness of a pastor?”

There are interesting thoughts here from Matt Hosier. “Whatever the rights and wrongs of what happened at Mars Hill, it is undeniable that Driscoll’s genius was connecting with and motivating young men. They responded in their droves to his yelling at them to take responsibility for themselves and others. He painted a picture of the possible that was more compelling for many Millennials than the needs-based, rights-oriented culture in which they had been raised.”

Are there Degrees of Reward and Punishment? (Video)

Are there degrees of reward and punishment in our eternal state? Dr. Stephen Wellum answers in this ongoing series of videos from Southern Seminary.

What Do We Do with Dreams?

Most Christians wonder this at some time. “How do we process these surprising and sometimes strange incidents? They are tough to ignore, but does that mean they are automatically divine revelation? Are they fallible? How do we understand them?”

“Over the last decade, designer Luca Iaconi-Stewart has been building an incredibly detailed model of a Boeing 777, right down to the tiny seats and moving landing gear, using only paper folders and glue.” People are endlessly fascinating, aren’t they?

Warnings Against the “Re-Moralization” of Sex

“At the Golden Globes awards, Hollywood attempted to exorcise its demons of sexual abuse and harassment, as actresses wore black and Oprah Winfrey gave a speech on the subject that some say might propel her to the presidency. At the same time, we are starting to see some push-back. One writer is warning against the ‘re-moralization’ of sex.” Gene Veith tells why this matters.

Logan Paul and Our Embrace of Two Minutes Hate

“We have a regular occurrence of the Two Minutes of Hate. Last week, it was Logan Paul. This week, someone new will emerge—potentially a previously unknown individual—and the internet will join in without even being told. We’ll feel the need to share why we too despise the person who has become the avatar of all that is wrong with the world, the object of our hate. This won’t be about critiquing wrong actions or false perspectives. This is about unleashing our emotions on to the next unwilling victim, regardless of how guilty they actually are.”

Flashback: On Being an Ordinary Christian

I want to be content with ordinary, and I need to be, because more and more I see God’s gracious evidence that this is exactly who and what I am. I’ve just got to learn to love it. 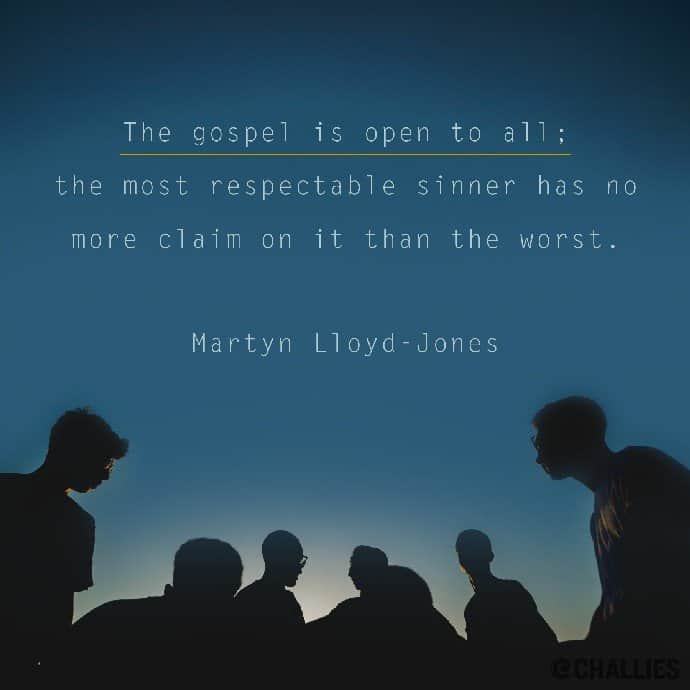 The gospel is open to all; the most respectable sinner has no more claim on it than the worst. —Martyn Lloyd-Jones