May the Lord be with you and bless you today.

The Reformed Expository Commentary series has finally published their volume for Romans and Westminster Books has it heavily discounted. The series is ideal for pastors or general readers.

There’s a small number of Kindle deals today, including one of the volumes of the NSBT series.

What to Do When Your Resolutions Start Dissolving

Reagan Rose: “We’re officially two weeks into 2022. And two weeks also happens to be the average life span of a new year’s resolution. So, even if you’re finding your big plans for ‘new year, new me’ are already floundering, I’d like to offer you a few notes of encouragement.”

The Case for Not Treating NFTs as a Scam

I don’t really understand NFTs and am not convinced they are the future. But maybe you’ll be mocking me for that statement a few years from now. Either way, CT has a case for not treating them as a scam.

“I will never know what might have happened if our neighbor hadn’t intervened. My heart was flailing, as I stood wide-eyed, attempting to fill the frame of our front door. It was my hope to shield my children’s view of this woman, a futile plan, given this creature who was now screaming at me, a Jezebel in the flesh, eyes blazing and nostrils flaring.” So begins Kristin’s account of her journey to becoming unoffendable.

Is It Ethical to Transplant a Pig Heart into a Human?

“In a medical first, surgeons transplanted a genetically modified pig heart into a human patient. Is such animal-to-human transplantation ethical?” Joe Carter takes a look at a story right out of the headlines.

Cara tells how she found God’s grace sufficient even in a tremendously messy and painful relationship.

The Grace of Warning

“What a gift of God’s grace to be alerted to what is coming, whether it’s a tornado, a flood, or God’s final judgement. Just as a loving parent warns their child not to touch the stove because they could be severely injured, so does our heavenly father warn His children of the consequences of sinful rebellion and disobedience.”

At heart, hypocrisy is theatrical religion, religion as a means of personal enrichment or enhanced reputation. It is an abomination to the God who sees and knows the heart. 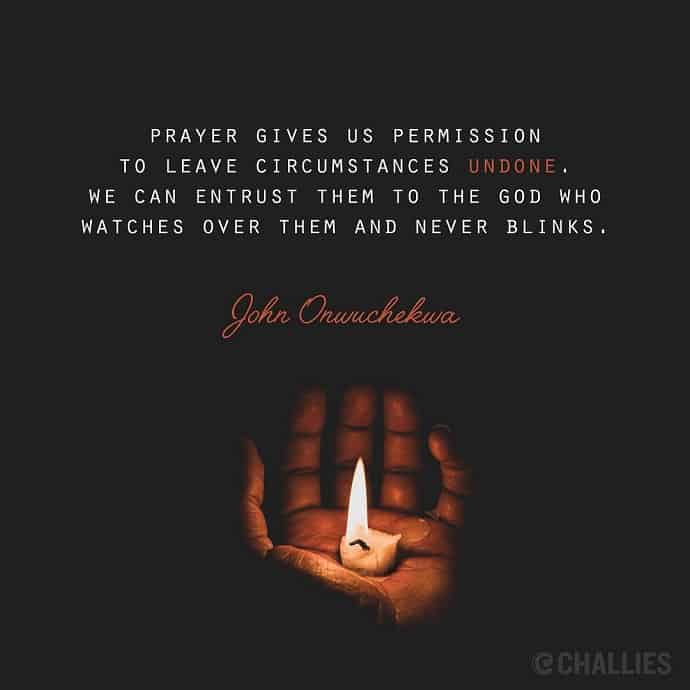 Prayer gives us permission to leave circumstances undone. We can entrust them to the God who watches over them and never blinks. —John Onwuchekwa