Grace and peace to you today.

Today’s Kindle deals include The Christian’s Only Comfort in Life and Death which has a list price of $70. There are quite a lot of others as well.

(Yesterday on the blog: Don’t Drop the Rock!)

I agree with Jared Wilson. “I am convinced that too many evangelical churches in the United States are overly fixated on bigness, excitement, and individualistic improvement, and that we don’t often realize it because we can often achieve a kind of success focusing on those things that give the impression we are on the right track.”

“Standing weary. In the fog of impossible circumstances. Living with ongoing crisis. Conflict. Some with never-ending pain. Cold and unrelenting winds whip through the lives of these loved ones. And I ask how to pray. What is His way for trees in winter?”

Carl Trueman is always worth reading, even if only for his use of hyperbole. Like: “Written by a group of largely, but not exclusively, Christian thinkers, it is a most welcome volume in a Christian world divided (at least if the soi-disant leaders on Twitter is to be believed) between those who think racism is the only sin that exists and those who think it is the only sin that doesn’t. The book has none of the stridency that now passes for serious conviction in the wider world of racial politics, left and right.”

Something Profound In Our Generation

Ray Ortlund shares some key insights from Francis Schaeffer. “A nice church filled with nice people doing nice things will make no impact in the intensity of our times. Every hybrid form of ‘Christianity’ deserves to die, and it will die, because it simply is not of God. But here is a pathway back into the prophetic power of apostolic Christianity.”

“We are living through one of the most tumultuous times in American history. It seems like every day a new challenge surfaces. We face trials, temptations, suffering, and grief. We hear rumors about the fate of our Republic. Conspiracy theories are at a fevered pitch. None of this should surprise us.”

How Do Love for God and Love for Others Relate?

If you’re up for a longer read, consider this one from Phil Gons.

Is Sin Inevitable in the Christian Life?

Randy Alcorn offers appropriate caution here. “We should never be content with our sin or excuse ourselves from it. Rather, we should be quick to recognize our sin, so that we can confess it to our merciful Savior and keep it from entangling us. There is no more certain way to be entangled by sin than to keep telling yourself what you’re doing really isn’t sin at all.”

Flashback: On Being Thought Well of By Outsiders

So, am I thought well of by outsiders? I don’t think they think poorly of me. What concerns me, though, is that I’m not convinced they think of me at all. And I think many pastors find themselves in that very same situation. 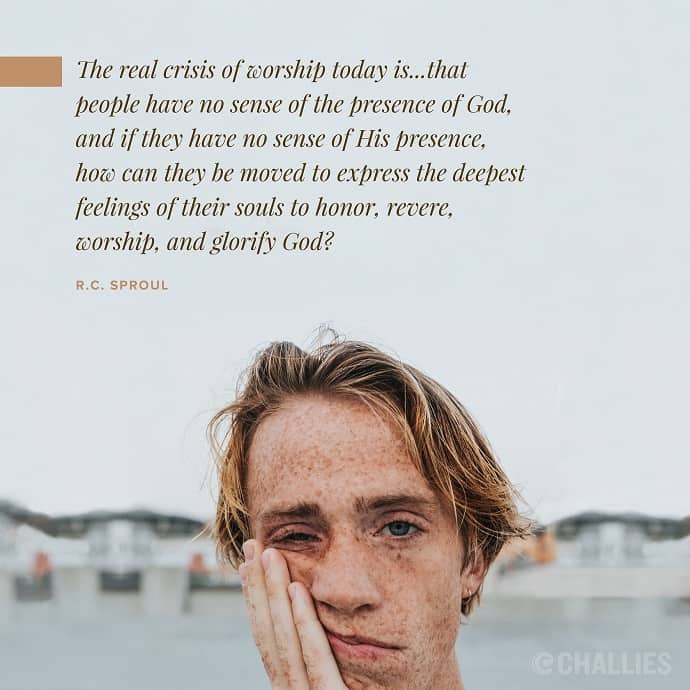 The real crisis of worship today is…that people have no sense of the presence of God, and if they have no sense of His presence, how can they be moved to express the deepest feelings of their souls to honor, revere, worship, and glorify God? —R.C. Sproul