Today’s Kindle deals include a lot of Wiersbe, with a few other authors represented as well.

(Yesterday on the blog: Worshiping a Not-So-Holy God)

Let Not Food Destroy the Body

Stacey Reaoch brings up some good and important points in this article on food. Like this: “Food preferences are just that — preferences. In a culture saturated with money, restaurants, healthy food options, and locally sourced meats, fruits, and vegetables, we’re able to be more and more picky (and proud) in what kinds of foods we’re willing to eat. While being able to eat healthier is a privilege and even a stewardship, it also can become a massive stumbling block for fellowship and hospitality.”

Communion on the Moon: Total Eclipse of the Point

“On July 20, 1969, moments after the lunar module, The Eagle, alighted upon the Sea of Tranquility, a solitary Presbyterian church elder celebrated the Lord’s Supper in reverent silence—on the Moon.” And while that all sounds very meaningful, it wasn’t exactly what communion is all about…

Jack Van Impe, whose strange ministry you must have seen on late-night television at least a few times, died last week. “By the mid-1990s, Jack Van Impe Presents aired weekly in about 25,000 cities in the US and Canada, and in more than 150 other nations around the globe. Viewers were delighted by the relevance of Van Impe’s message and his detailed application of seemingly complicated Scripture. Once, for example, he calculated how much of the earth might be destroyed by nuclear war in fulfillment of Revelation 8:7. His conclusion: exactly 18,963,194 square miles.”

Al Mohler covers the controversy at Whitefield Academy and its misrepresentation in the media. “In this case, even just looking at the social media posts alone, you’d be driven to the inevitable conclusion that this is a student who is not only caught in violation of the school standards, but has been publicly flaunting the convictions of the school in which she has been enrolled.” (See also Denny Burk and The Law of Merited Impossibility Comes True.)

Michael Kruger offers an overlooked reason why we should trust the Bible.

Jared Wilson: “Is the pursuit of platform always bad? No. But it frequently is, as any good or neutral thing can be when pursued out of the wrong motives. And even if pursued innocently, public platform — whether you’re an author, musician, or speaker or just a guy or gal growing your social media audience — comes with inherent dangers. Like money, platform can be spent wisely or poorly. Here are four temptations anyone seeking or using a public platform should be aware of…”

“Sometimes, it seems, we place an expectation on marriage that is not Biblical. Marriage is good, but it is a shadow of something better–a better marriage between Jesus and His Bride, the Church. Here is some of the beauty that the shadows of marriage turn our attention to…”

Flashback: The Character of the Christian: Above Reproach

Your life is so consistent that your reputation is credible, you are an example worth following, and you do not make the gospel look fake by teaching one thing while doing another. 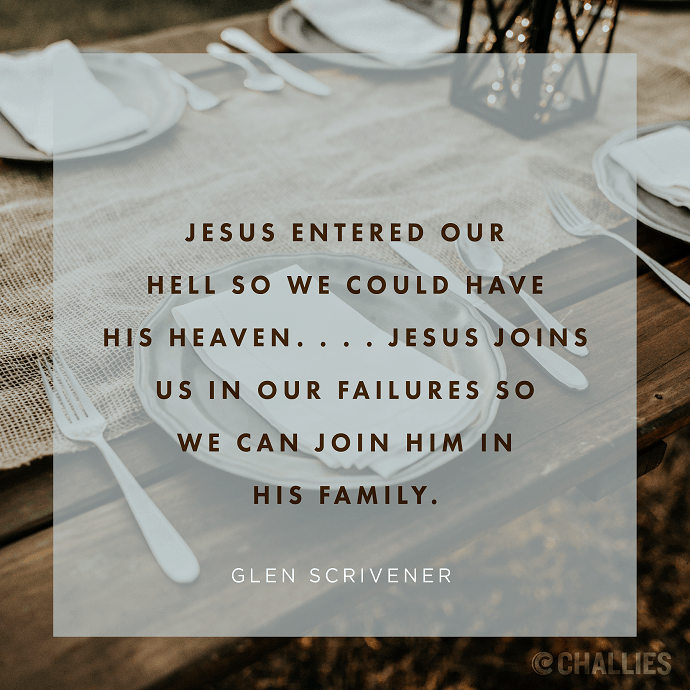 Jesus entered our hell so we could have his heaven. . . . Jesus joins us in our failures so we can join him in his family. —Glen Scrivener