Last week I enjoyed a restful vacation with my family and am now glad to be back in my home and back at my desk. I’m also glad to be back to posting not just the daily A La Carte, but also some new articles.

There are a couple of Kindle deals that may be worth a look.

How Would You Summarize the Old Testament in 2,000 Words?

Samuel James: “If not life via the web, then what? What would Christian discourse look like if it were not tied so closely to technologies that subtly undermine core convictions? What would we do if we didn’t have YouTube, what we would talk about if we didn’t scroll Twitter, what would we know about each other if we didn’t check Instagram?”

It is good to see God’s handiwork in what he has created.

Bruce Ashford writes that though CRT does not get everything wrong, it is still not a useful system of thought for Christians to embrace. “Yet precisely because CRT’s narrative conflicts with scripture’s overarching narrative, we should reject any temptation to buy into it as a system of thought.”

There is a new issue of Credo magazine available for those who wish to do some theological reading.

What Are Justification and Sanctification?

Guy Waters helpfully explains both justification and sanctification in this article at Ligonier Ministries.

Remembering How God Has Led

“This is what I most want my children, grandchildren, readers, and anyone with whom I have any influence to know, to remember: that Christianity is not just a culture, not just a set of doctrines, not just what we do and don’t do. It is the basis all of those. But first of all it’s that personal relationship with the Lord.”

Flashback: Are You in the Dangerous Time In Between?

It’s so often the ones who seemed to be at their greatest moment of success who were on the precipice of destruction. Like blind men about to blunder off a cliff, they were oblivious to their impending doom. 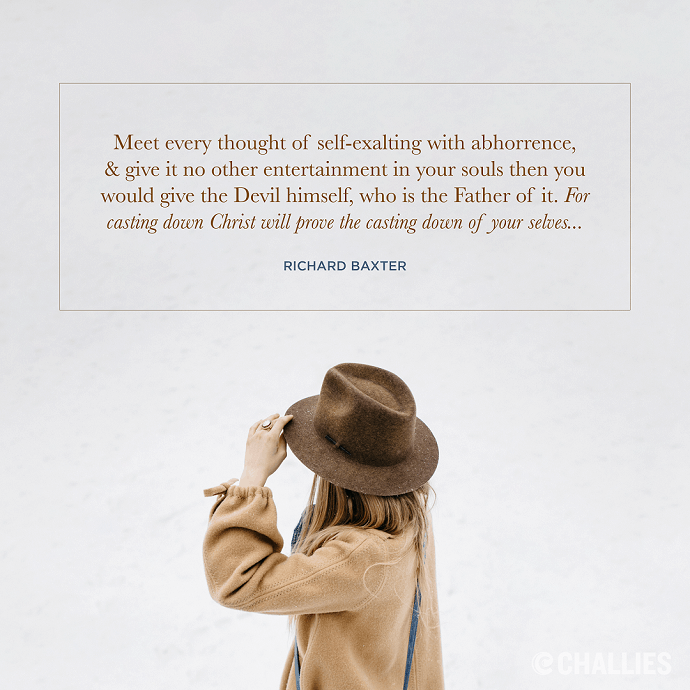 Meet every thought of self-exalting with abhorrence, and give it no other entertainment in your souls then you would give the Devil himself, who is the Father of it. For casting down Christ will prove the casting down of your selves… —Richard Baxter