I wanted to again thank all those who donated to the Nick Challies Memorial Scholarship. The first scholarships will be awarded to 10 Boyce College or Southern Seminary students beginning in the coming semester. The fund remains open for those who would like to continue donating to it.

There is a little list of Kindle deals for the collectors.

(Yesterday on the blog: Have You Tasted Heaven?)

Call it Racism, Not ‘White Supremacy’

Samuel James says that with “All variables equal, I think it’s a mistake for Christian social justice advocates to adopt the mainstream practice of talking about ‘white supremacy’ and ‘whiteness’ instead of sticking with ‘racism’.”

Carl Trueman: “The old civil religion has not fallen to orthodox religion, to a vibrant Christianity; no, it has fallen to an anti-culture where anything goes and anyone who objects is villainized. In fact, I would argue that it is even worse than that: We have a new civil religion, that of the therapeutic, and it is rapidly colonizing Christianity.”

Homeschool to Public School … and (Sometimes) Back Again

Rebekah Matt provides some counsel, based on experience, for those transitioning between homeschool and public school.

The ‘It’s Just a Movie’ Mistake

“I used to think everyone was wooed by the characters and qualities they admired onscreen. Turns out, many aren’t even aware of the ways movies subtly impress upon us visions of character, virtue, and vice.” The article includes some useful insights into films and television shows.

Can Our Loved Ones in Heaven See Us During Important Times in Our Lives?

I feel a little less certain of the answer to this than Randy Alcorn does, but his answer is well worth reading.

Context Matters: In the World, but Not of the World

“This phrase is common in Christian circles, but many may not know where it comes from. Is this a biblical saying? If so, are we using it correctly? If we read the Bible as a whole and not as an inspirational-motto jukebox, we’ll see that some familiar expressions take on a deeper meaning than we originally thought.”

I want to turn to the Bible to suggest how it might help us understand issues of race and racism, for it also contains a narrative structure. 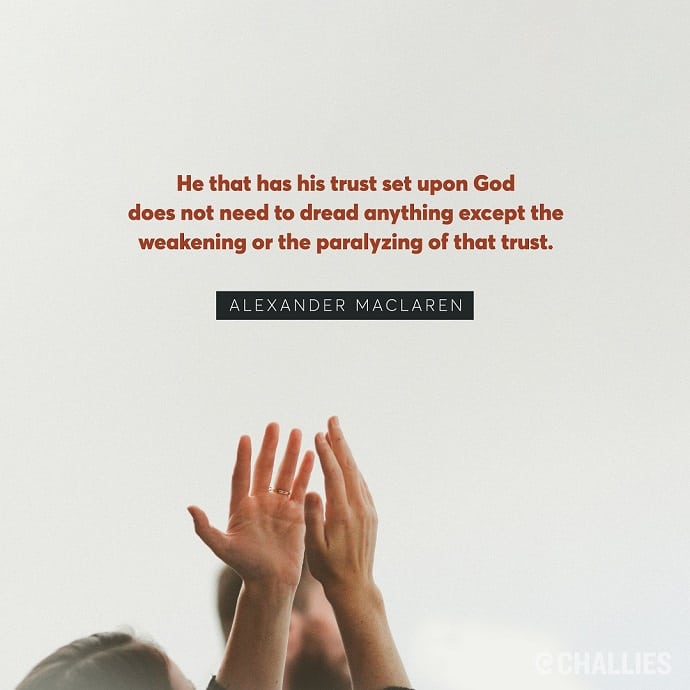 He that has his trust set upon God does not need to dread anything except the weakening or the paralyzing of that trust. —Alexander Maclaren