It sure was nice to watch a bit of baseball last night! While I don’t much care for any of the teams that played, the return of baseball seems like a little down payment on the eventual return to normalcy. I’m looking forward to catching the Blue Jays tonight.

Today’s Kindle deals include a whole lot of Wiersbe and a few other books besides.

Westminster Books has deals on new and old books from Christian Focus. (From the list, I’m partial to Nick Needham’s great 2000 Years of Christ’s Power series.)

How to Handle Restless Nights

I didn’t write this one, but I certainly identify with it! “2:40am. The red numbers glare at me through the darkness of the room, taunting me to try to get back to sleep. As I toss and turn, trying to get comfortable, my mind clicks on like the rooster just crowed.”

Getty Music Sing! Global 2020 is an immersive digital conference connecting leaders, families, and churches around the world to encourage and deepen worship. With a vision to help Christians around the world sing the Scriptures and to encourage them with rich teaching, imaginative artistry, and practical resources, this four-day experience (August 30-September 2) will include music led from six continents and an expanded list of over 100 top speakers and artists including John Piper, Trip Lee, David Platt, Joni Tada, Tim Challies & more with 90 days to view on-demand after the event airs. Now, everyone can experience the Sing! conference and we hope you will join us for this exciting event. (Sponsored)

Here’s the next part of Kevin DeYoung’s great series on racial tensions. In this one he offers “five statements (plus one concluding thought) to help us think personally, corporately, and existentially about sin and guilt.”

5 Signs Sin Has a Powerful Grip on Your Life

This 4K footage from Mars is amazing. (It’s also rather drab! Mars isn’t the most beautiful place in the solar system, is it?)

The 100 Greatest Christian Albums of the 00s

If you were into Christian music in the 00s, I expect you’ll enjoy this list of one person’s picks for the 1o0 greatest albums of the period. I don’t fully agree with the top-10, but they’re also hard to dispute. (Also, I found it’s impossible to use a voice command to get Siri to play Relient K’s album Mmhmm.) 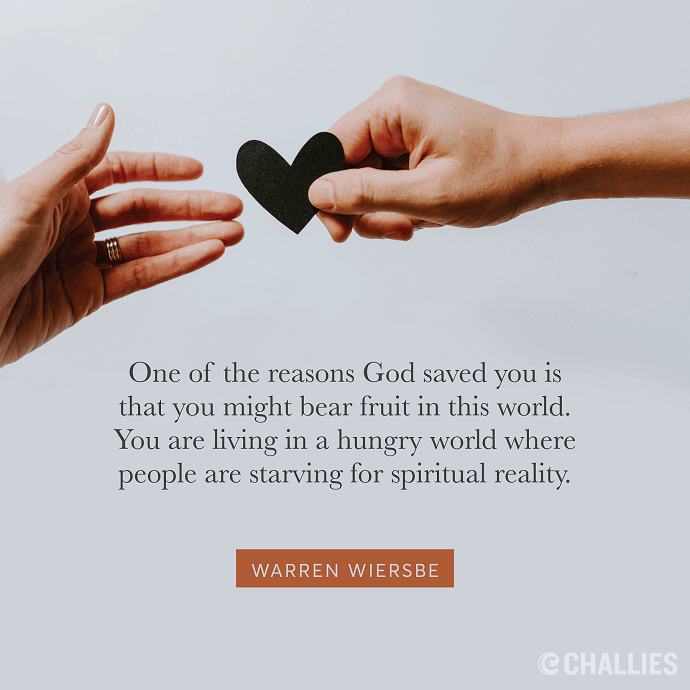 One of the reasons God saved you is that you might bear fruit in this world. You are living in a hungry world where people are starving for spiritual reality. —Warren Wiersbe