There’s a fair bit of Piper and Keller in today’s Kindle deals, though some of it is on the high end of bargain territory. Still, there are deals to be had.

If you’re into podcasts, or even if you’re not, you may enjoy the new show “Extremities.” Episode one was just fascinating.

David Powlison’s memorial service is scheduled for today at 3 PM EST. You can watch the livestream at CCEF.

(Yesterday on the blog: Love Is Not Heavy-Handed)

“A Christian worship song filled the air in Hong Kong as upwards of 2 million protestors marched against a Beijing-backed extradition bill. According to the website Shanghaiist, an English-language Chinese news site, ‘Sing Hallelujah to the Lord’ has become the unofficial anthem of the Hong Kong protest movement.” (Also read WORLD and, for background to the protests, listen to The Briefing.)

When They Call In The Night

I often wondered this too. “I’m not sure why my kids can’t get a glass of water on their own. They know where the cups are kept. They know where the water comes from. They have the skills necessary. Maybe water, hand-delivered by dad, just tastes better—like Coke does when it’s drunk from a glass bottle. I’m not sure why my kids holler from their bed, rather than just slip out from under the covers and come quietly down the hall to gently wake me from my slumber, instead, they insist on calling me in the night.”

Celebrity Christians and Our Own Idolatry

Lore Ferguson Wilbert: “Sometimes it is for the influencer to smash their idol of personal persona, and sometimes it is for the followers to smash their idol of expectations. If followers have an expectation of an unchanging person or a person who is seamless all the way through, it’s the expectation that is wrong, and not necessarily the person they follow. We make enemies of the ‘celebrity Christians’ but most of us don’t set out to become celebrities, and none of us can stand for long on the platform that made us if it’s not the sure foundation of Christ alone.”

Pastoring and the Art of Balance

Here’s one for pastors (and, to lesser degree, those who are being pastored). “Pastors and theological students, you must bring to the church both experiential piety and doctrinal truth; your right believing must be adorned with right living. You must embrace this subjective-objective balance in your ministry. As John Murray liked to say, we aim for ‘intelligent piety.’ Your preaching should exhibit the loving heart of God and faithfully expound his unchanging truth.”

That Video of a Robot Getting Beaten

Maybe you saw that viral parody video about a robot getting beaten. Yet it’s worth thinking about the fact that you probably felt sorry for the robot. “It’s a totally understandable reaction! But it’s also one that shows how much trouble we’re going to be in when robots like Atlas become a common sight on our streets.”

Jared Wilson is good at this stuff. “Many times I think bad church signs are simply the result of well-intentioned people who are out of ideas. We want to communicate a timely message in a pithy or engaging way, and we end up outkicking our coverage when it comes to winsomeness and creativity.”

This is a long and compelling account of what really happened to flight MH370 just before it disappeared five years ago. It’s worth the long read.

Flashback: Not Worrying ≠ Not Caring 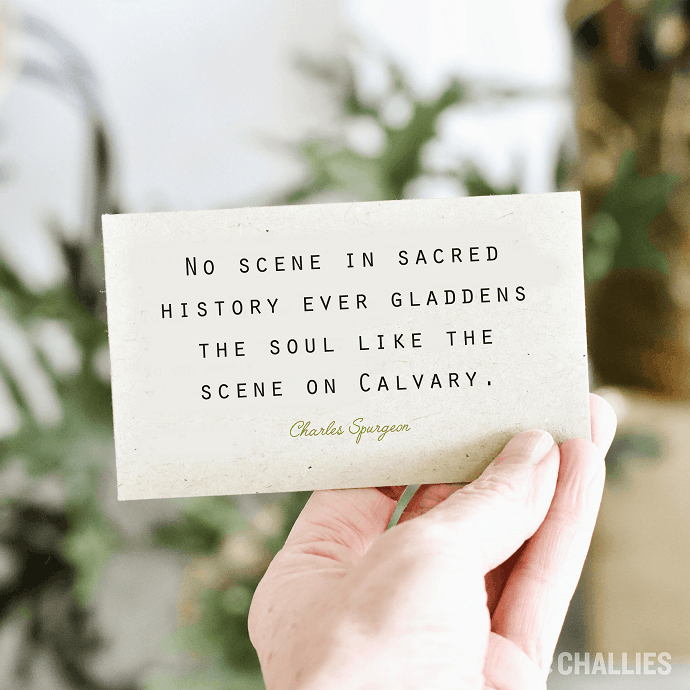 No scene in sacred history ever gladdens the soul like the scene on Calvary. —Charles Spurgeon