May the Lord be with you and bless you today.

If you’re still getting caught up on Christian classics, you may want to look at this sale.

Carl Trueman: “Tom Hanks recently declared that if Philadelphia, the movie that earned him one of his Oscars, were made today, it would no longer be acceptable for him, as a straight man, to play the gay lead. This comment has provided low-hanging fruit for conservative critics. It is, after all, ridiculous that a profession predicated on its members earning their livings while pretending to be people they are not should become prissy about certain types of role-playing.”

The Purpose of Jesus’ Most Perplexing Miracle

What was the purpose behind Jesus’ most perplexing miracle? Here is an explanation.

The Tyranny of Perfectionism

Aubrynn’s blog is committed to sharing some of what it means to live as a Christian with OCD. I found her new piece on the tyranny of perfectionism quite illuminating in explaining a particular struggle.

This article has a missions focus as it explains the purpose and importance of church discipline.

If You Believe the Bible

There will be consequences to believing the Bible and refusing to budge from its truths. Blake explains some of them here.

Does God Prohibit Polygamy? What About The Patriarchs?

Oyewole Akande considers a biblical perspective on polygamy. “Does the Bible prohibit polygamy? This question has recently become topical again in Africa. In Nigeria, a popular actor recently took a second wife and commentators jumped quickly to his defence, even offering biblical support. In April, a Congolese pastor married four wives on the same day! Not to be outdone, a Kenyan man recently shared his plans to tie the knot with identical triplet sisters.”

Flashback: No Greater Accolade (Christian Men and their Godly Moms)

What was it that suited Timothy for such a ministry?…The Bible highlights just one great privilege: The faith of his mother and grandmother. Timothy had the immense privilege of being raised in a Christian home. 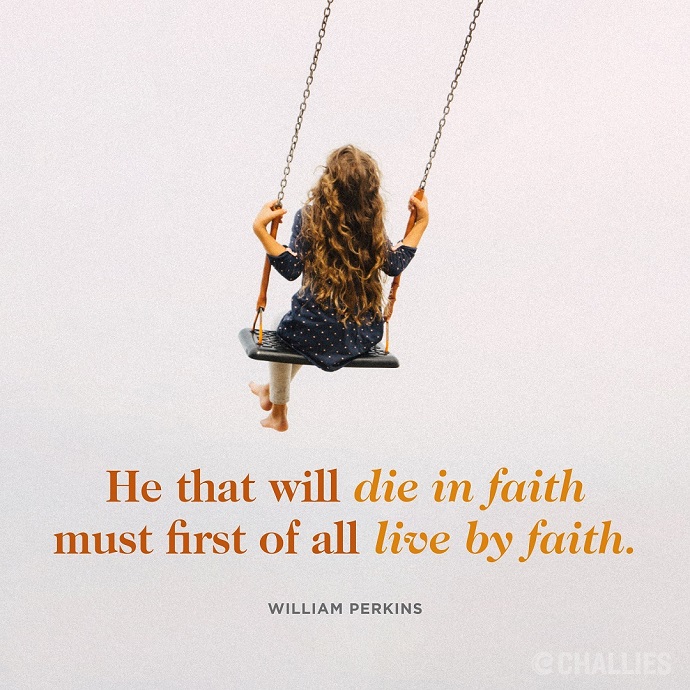 He that will die in faith must first of all live by faith. —William Perkins