Today’s Kindle deals include a trio of books from Crossway.

(Yesterday on the blog: A Pastoral Prayer)

Gamers aren’t exactly who most people think they are. “The average American video gamer is 33 years old, prefers to play on their smartphone and is spending big on content — 20 percent more than a year ago and 85 percent more than in 2015, a report showed on Thursday.”

Youth and Church Membership—Or, Stop Baptizing Children into the Ether

Here’s the sad story behind the woman who was once queen of the mommy bloggers.

No, Georgia’s Heartbeat Bill Won’t Imprison Women Who Have Abortions

David French: “I expected activist resistance and protest against the bill. I expected radical voices to urge corporate boycotts of Georgia. But I must confess that I did not expect to see a series of stories with lurid headlines and fundamentally mistaken premises to go viral — and to stay viral for days.”

The Staggering Rise of the Church in Iran

“As we near the fortieth anniversary of the Islamic Revolution, however, we see that the prayers of many Christians over the years have been answered, and the climate in Iran is vastly different. The gospel has spread throughout the land in unprecedented fashion despite increased persecution of Christian believers. To use the words of the apostle Paul, ‘A wide door for effective work has opened . . . and there are many adversaries’.”

This is a fascinating article from the Claremont Review of Books which tells how David Gelernter came to see the fatal flaws in Darwinism. As Justin Taylor says, it’s “a wonderfully clear overview of the issues.”

Perhaps the real benefit to a list like this is so much the ideas themselves, but just the sense of how many different ways there are to share the gospel or otherwise initiate spiritual conversations.

Flashback: The Joy of Self-Discipline

When we associate discipline only with avoidance of negative outcomes we rob ourselves of a means God uses to promote our joy and ultimately our joy in him. Where would God have you develop a discipline for your joy? 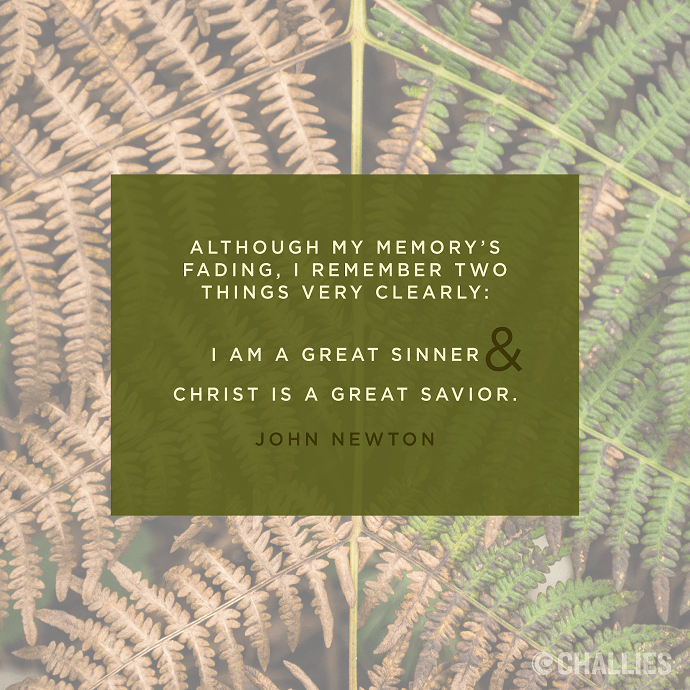 Although my memory’s fading, I remember two things very clearly: I am a great sinner and Christ is a great Savior. —John Newton