Good morning. The Lord be with you today.

Happy Victoria Day to my fellow Canadians. I hope you enjoy your day off…

Does Your Church Value Seniors?

“Several years ago I was driving down a major street of our city and saw a sign about a new church. I looked at the phone number and memorized it. A few days later I called the number and spoke with the pastor about the church. I did not tell him anything about myself other than my first and last name. The pastor explained several things about the ministry and then stated that if I was an older person I was welcome to attend but the focus of the ministry was for those in their twenties to forties. I was stunned.”

Beautiful Difference: The (Whole-Bible) Complementarity of Male and Female

What We Can’t Not Know

I found this a very interesting one from Esther O’Reilly. “This week, I published a well-received article at The Spectator on Richard Dawkins’s recent bad day at the office, when radio host Brendan O’Connor ever so politely handed him his lunch on the knotty question of what’s to be done with unborn disabled children. By now, most everyone has seen the viral exchange, but I encourage you to go and watch it if you haven’t yet. I can almost find it in my heart to feel sorry for poor old Richard as I watch, his demolition is so thorough, yet so deliciously understated. Almost, but not quite.”

It Is Not What It Appears To Be

R. Scott Clark says that the phenomenon of middle-aged men leaving their families to have affairs is not what it appears to be. “Do not believe him. His philosophizing and theologizing is just a smokescreen, cover for the reality: he’s a 40- or 50-something guy whose youth is behind him and he knows it. It has been 2o or 30 years since he was a carefree college student and now, however it happened, he sees the opportunity to be a carefree kid again.”

Putting the COVID Crisis in Context

Though there’s lots to disagree with when it comes to historian Niall Ferguson, he does often offer some interesting insights. Jonathon Van Maren’s review of his latest book explains some of them.

The Brilliant Engineering and Beauty of the Llangollen Canal

The Llangollen canal is one of my future dream vacations. This video shows why!

Flashback: What I Pack In My Spiritual First Aid Kit

As I journey round the world, I know I need to carry a medical first aid kit with me. As I journey through this life, I know I need the spiritual equivalent. It has served me well and, I trust, will continue to as I plod on in this great pilgrimage. 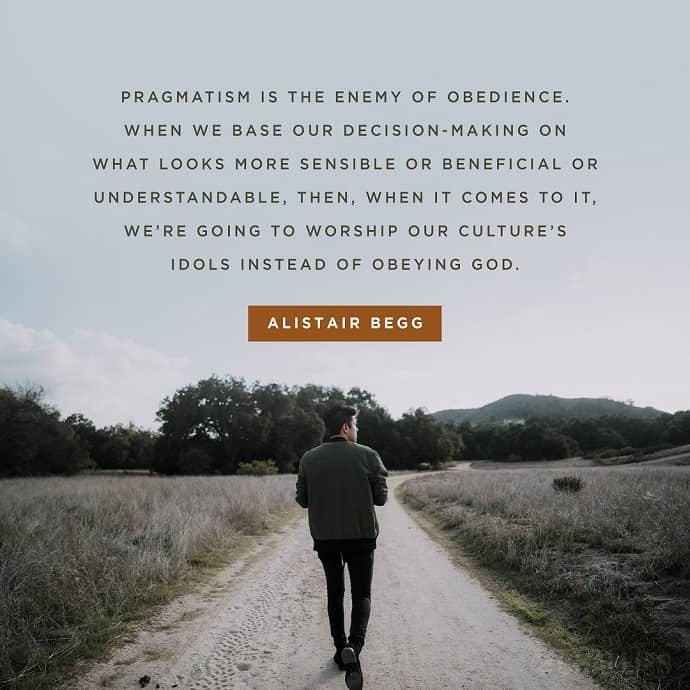 Pragmatism is the enemy of obedience. When we base our decision-making on what looks more sensible or beneficial or understandable, then, when it comes to it, we’re going to worship our culture’s idols instead of obeying God. —Alistair Begg