The Complete Works of William Perkins is available in print for the first time since the 17th century, and Westminster Books is offering a deal on it.

Today’s Kindle deals include a large selection of works by Joel Beeke as well as a few other picks.

Revelation, Coronavirus, and the Mark of the Beast

Kevin DeYoung: “Whenever there is a cataclysmic global crisis—be it war, rumors of war, or a novel coronavirus—we see a sharp uptick in interest in the book of Revelation. While paying attention to the Bible is always a good thing, Revelation is too often used (by Christians and non-Christians) in a way that does less to edify the body of Christ and more to stoke the fires of wild speculation and unfounded conspiracy theories. It may be helpful, then, to understand what kind of book Revelation is and how to make sense of imagery like the mark of the beast.”

Great Power in its Effects

“‘I’ll pray for you‘. Do those words feel like the ‘consolation prize’ of the Christian life? The throw-away offerings of help when you don’t know what else to say? Or maybe when others don’t really want to help—they’ll just pray for you instead. Are they tack-on words when you conclude a heavy conversation and you want to add some parting substance?”

Why Do (Modern) Christians Rarely Talk about Rewards in Heaven?

Michael Kruger asks a good question: “When is the last time you heard a sermon that suggested that a motive for our obedience should be the rewards we receive in heaven? I imagine for most of us it has been a long time, maybe even never. Whenever a sermon (or book) provides a motive for obedience, it is almost always thankfulness for what Christ has done. And certainly that is a wonderful and foundational motivation. But is it the only motivation?”

Preaching Under the Smile and the Smiting Rod

Andrew Roycroft has a powerful article that is worth reading, perhaps especially for pastors. “Away from the buzz and bustle of camera lenses and upload speeds, away from all of our talk about a ‘new normal’, what can we learn from this period of ministry we are living through? How might we profitably reflect on what it means, or how should we pray?”

Why This Popular Secular Commentator Is Turning To The Bible

I’ve only just begun to hear the name Dave Rubin, so I was glad to read this introduction by Akos Balogh. “Dave Rubin is a rising star in the online world. He regularly sits down with various public intellectuals to debate culture, politics and—with increasing frequency—religion. His YouTube channel ‘The Rubin Report’ has more than 1 million subscribers. A gay man from a non-practising Jewish background, Rubin went to Israel’s holy sites in his late teens ‘in search of a religious experience’. However, he writes in his new book, ‘Don’t Burn This Book—Thinking for yourself in an age of unreason’ , this ‘life-affirming [religious] moment remained elusive.’ That was, until he met Canadian psychologist and worldwide phenomenon Jordan Peterson.”

The Incredible Story of the US Army’s Earth-Shaking, Off-Road Land Trains

I love quirky stories like this one. “You need to get 500 tons of supplies from Fairbanks, Alaska to the Arctic Ocean—a journey of about 400 miles through pure wilderness. There are no roads, very few airstrips, and endless ice. You’re going to have to withstand minus 68 degree temperatures. Also, nuclear armageddon is on the menu if you’re not quick about it. You, my friend, need a LeTourneau land train.”

COVID-19 & The Crisis of Christian Conscience

You will benefit from this discussion of conscience with Jonathan Leeman and Andy Naselli. (See also Phil Johnson’s What Is a Christian’s Duty to Unjust Government?)

Flashback: Getting Older Involves a Lot of Dying

I am having to die to the notion that I’ll die perfect or even nearly perfect. Instead, I’ll die less sinful than I was, to be sure, but also far more sinful than I would have wished or imagined. 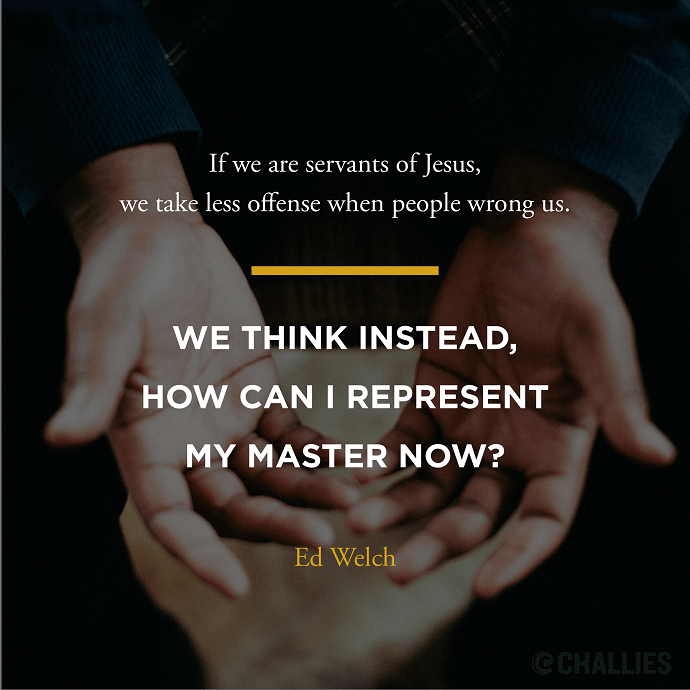 If we are servants of Jesus, we take less offense when people wrong us. We think instead, How can I represent my Master now? —Ed Welch