Those who like to read to little ones will want to check out this sale from Westminster Books on the Big Theology for Little Hearts series.

“There is one specific kind of undiscerned spiritual pride that I think is not often discussed and is especially hard to recognize—the danger of doctrinal righteousness. Sadly, I think it’s a particularly prevalent danger among Reformed, theologically-minded Christians. It’s a danger I have fallen into at times.” You should probably read this one.

Humans Come in Only Two Sexes

“Up until the last few seconds of human history, it was collectively accepted that sex is binary. People are born either male or female. Not so today.” This is so simple, yet so hotly debated. We especially need to assure the younger generations of the simple fact that there are but two sexes.

Gun Control and the Right to Bear Arms

A couple of weeks ago TGC sponsored the blog to tell about their forthcoming “Good Faith Debates.” The first of those debates is now live and it makes for very interesting viewing. It covers gun control. No matter your position on this, it’s likely to be sharpened by hearing a robust defense of the opposite position.

A Church of Suspicious Minds

I really appreciate this article from Trevin Wax’s blog. “Suspicion takes a wrong turn when we filter everything and everyone through the lens of distrust, always on a quest to discover an ulterior motive. This is one of postmodernism’s most pernicious effects—a hermeneutic of suspicion that claims every proposal or position is just a power play in disguise. Even deeds that appear altruistic must be tainted somehow by the lust for power.”

Hope has to be learned

“I’m going to let you in on a secret that I’m only getting to grips with myself, it’s simple, but oddly revolutionary: hope is an action. We learn it.” It changes our understanding of hope to see it as an action!

Flashback: What Makes a Sermon Difficult To Listen To

Recently, and largely for my own purposes, I found myself thinking about some of the elements that can make a sermon difficult to listen to. Having jotted them down, I thought I’d share them with you. 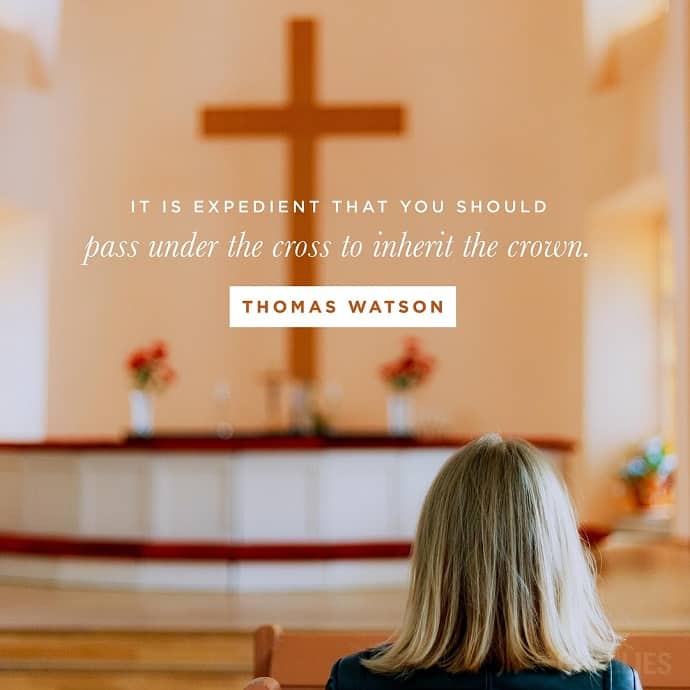 It is expedient that you should pass under the cross to inherit the crown. —Thomas Watson