Today’s Kindle deals include a pretty good variety of books from several good publishers. It’s one of the better days we’ve had lately.

At Cruciform Press we are glad to announce we’ve got a great new book for sale: Wilderness Wanderings: Finding Contentment in the Desert Times of Life by Stacy Reaoch.

One of Our Veterans is Missing Today

Philip Schroeder writes a touching tribute to his dad.

“Week five of the great reckoning and Hollywood is frightened and lost, drifting deeper into uncharted waters with no script, no direction and no sense how it will end. Scandal was always part of the entertainment industry, a ritualised process of rumours, denials and hush money, publicists and fixers, banishment and redemption. But the vortex of sexual abuse allegations which started with Harvey Weinstein spins ever faster, whirling beyond control of the studios.”

Whether debating Catholicism, Islam, or gluten, these will come in handy.

Secrets of the Super Rich

Ain’t this the truth: “Toys form only part of the typical UHNWI’s shopping list. What they really crave is power, and world domination, or preferably the universe.”

Jony Ive on Apple’s New HQ and The Disappearing iPhone

You don’t have to be an Apple fan to enjoy this article. The point, simply, is this: “The new Cupertino HQ is, in some ways, the ultimate Apple product.”

Who Are the “Broken Wolves” in the Evangelical Community Today?

Randy Alcorn: “While I don’t feel comfortable naming names, there are quite a few people out there who talk about the personal difficulties they’ve experienced in life, including abuse, often abuse at the hands of church people. They tend to look at certain doctrines of the faith with great suspicion or even abhorrence. Among those is the substitutionary atonement of Christ.”

What Does “Coram Deo” Mean?

Few phrases have taken a more central place in my life than “Coram Deo” (which R.C. Sproul explains here). You can read Do More Better to find out how and why!

Flashback: God Actually Spoke to Me

It is God’s joy to communicate to each one of his children in the most personal and intimate way. Our Father speaks to us. He speaks clearly and he speaks personally. He really does. 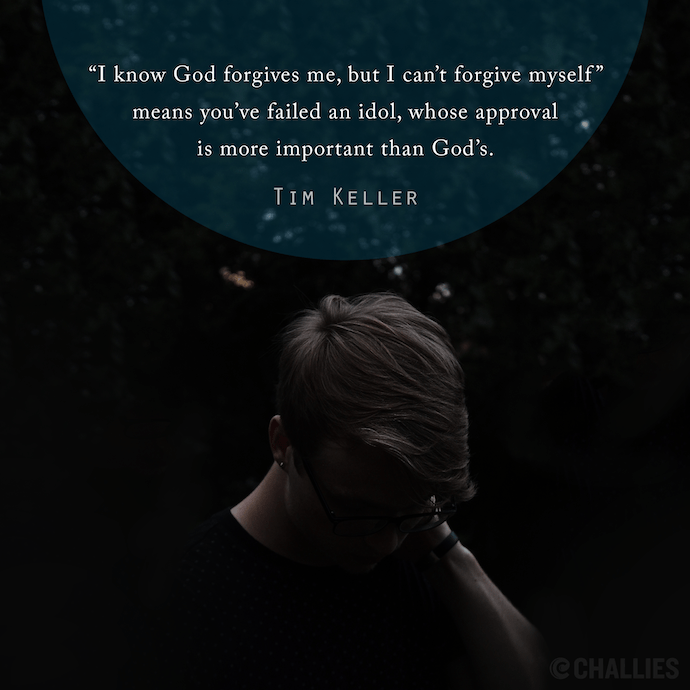 “I know God forgives me, but I can’t forgive myself” means you’ve failed an idol, whose approval is more important than God’s. —Tim Keller