Today’s Kindle deals include a bit of a grab bag (in which you’ll find some Piper, some Eareckson Tada, and more).

Westminster Books has a deal on a new video series from Tim Keesee called Luke’s Dispatches. (Tim and I, as you may remember, are currently fundraising for another journey.)

Christianity Today covers the news. “Chick-fil-A has announced plans to end charitable giving to Christian organizations—including the Salvation Army and the Fellowship of Christian Athletes (FCA)—amid concern over LGBT backlash as the popular Christian-owned business expands beyond the US.” Unsurprisingly, as Disrn points out, it isn’t enough: GLAAD says Chick-fil-A donation shift not enough. Also, Russell Moore asks, “Should You Be Angry at Chick-Fil-A?”

I believe I linked to this when it was on the 9Marks site, but it’s worth a second read. “When Youth for Christ (the ministry I work for) first began to see young people coming to Christ from non-Christian backgrounds, we were naturally concerned about the rejection they might face from family members. We tried to ensure them that any rejection they experienced at home would be offset by warm acceptance in the Christian community. Soon, however, we realized that our counsel may have been unwise. Too often, we failed to stress how important it is for new believers to maintain good relationships with their families. In our excitement at seeing conversions, we overlooked the importance of healthy family relationships.”

God Is Growing His Children Not His Carrots

“One of the wonderful things about the church that I pastor is that some people come to it and then come to the faith from very different cultures and backgrounds than my own. They often challenge me about some of my blind spots in what I preach.” That’s George Sinclair writing on TGC Canada.

“The New Testament Scriptures abound with household codes in which generations are called not only to not razz on each other, but to look to each other with love and a servant attitude. And that’s before we even get into the language of family: brothers and sisters, and stuff like that.  Older men treating younger as sons, younger women looking to older women in the church as mothers.”

Eric Alexander: “For the Christian, ingratitude is not just a failure in manners. It is a sin against the God who did not spare even His own Son but delivered Him up for us all.”

On Being An Immigrant

I really appreciated Seth Lewis’s thoughts on being an immigrant.

The Chief Distinguishing Mark of a False Prophet

Here is something to watch out for when evaluating Christian teachers and preachers.

Flashback: How Can We Stay Productive Over the Long-Haul?

During a trip to China , I was invited to spend some time with some friends who live there. They asked me questions that ranged far and wide, but here we talk about productivity and how we can remain productive over the long-haul. 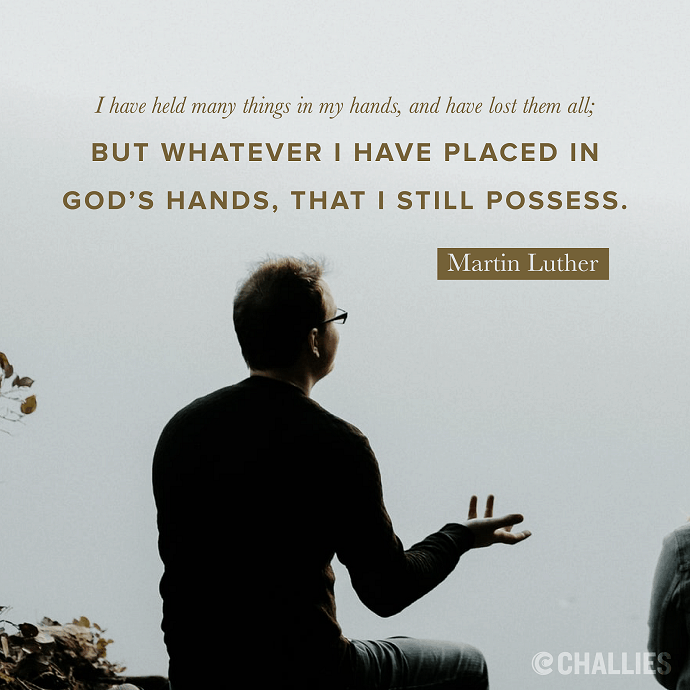 I have held many things in my hands, and have lost them all; but whatever I have placed in God’s hands, that I still possess. —Martin Luther