You will find a new few Kindle deals if you’re into such things!

Become a Patron
I am excited to be speaking at the graduation ceremony for African Christian University on November 30. I’ll also be preaching at Kabwata Baptist Church (AM) and Emmasdale Baptist Church (PM) in Lusaka on December 1. I hope to see you many of you there!

(Yesterday on the blog: When God Put Down a Deposit)

Preaching is Worship, Not Performance

That makes all the difference in the world, doesn’t it? “A confession: When it comes to preaching, I used to care far too much about the number of people in the pews. Sure, I passed this off as a concern for the number of people hearing the gospel. My focus, however, was mostly on how many people were hearing me.”

Just like the title says, here’s why C.S. Lewis chose to refuse the invitation to write for Christianity Today.

Who Were the Nephilim? (Video)

That question takes us to one of the most perplexing passages in the Bible. Dr. Peter Gentry of the Southern Baptist Theological Seminary provides his answer.

A Pastor in Therapy

It takes courage for a pastor to admit this and tell others about it. “In February of this year I burned out. It was a surprising, disconcerting, and ultimately enlightening experience. The full account of how that happened and how I felt about it can be read here, but in this post I want to share about some follow up treatment I received on the advice of my doctor.”

Where Does Evangelism Fit on Sunday Morning?

I don’t think too many people doubt that Sunday morning services should acknowledge the presence of both believers and unbelievers. But the degree to which each are acknowledged is a matter of some debate. “There is an active debate about the role evangelism should play in Sunday worship services. On any given Sunday should we assume our audience are believers or nonbelievers?”

This is a really good article! “How can a pastor who is not lazy find himself accused of just that? The accusation, undeserved, arises from two sources: first, from a difference of opinion about what a pastor’s workday should look like, and, second, from an unfortunate but correctable lack of self-awareness on the part the minister. Let’s take each in turn.”

Flashback: Give Me a Man with an Open Bible!

An orphan can teach how to care for aging parents. An unmarried man can teach on marriage. A childless woman can teach on parenting. A poor man can teach about the temptations that come with being rich. God’s Word speaks to every one of these issues and authority in these matters does not flow from experience but from Scripture. 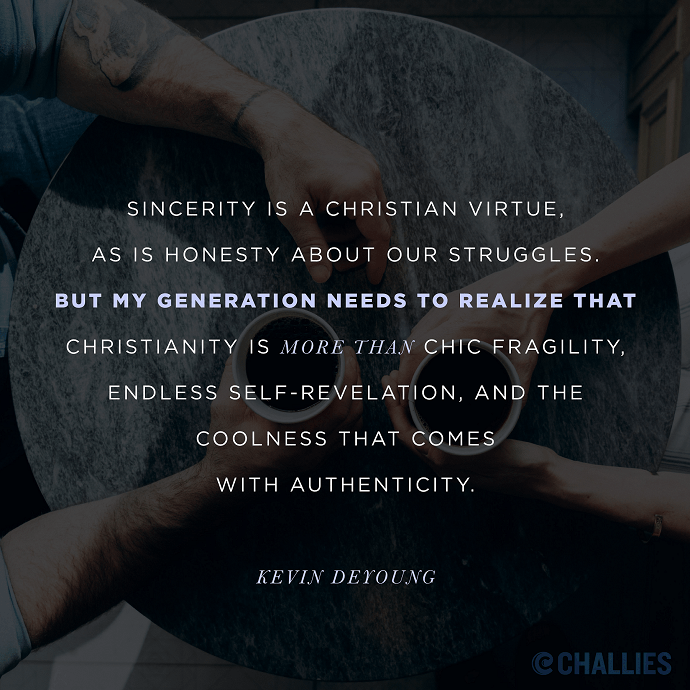 Sincerity is a Christian virtue, as is honesty about our struggles. But my generation needs to realize that Christianity is more than chic fragility, endless self-revelation, and the coolness that comes with authenticity. —Kevin DeYoung