Grace and peace to you, my friends.

I have added a couple of Kindle deals with more possibly to come tomorrow.

(Yesterday on the blog: Family Update: An Engagement, a Scholarship, and a Beautiful Bench)

The Failure of Evangelical Elites

Carl Trueman has some extended thoughts on the failure of Evangelical elites. “Let me put it bluntly: Talking in an outraged voice about racism within the boundaries set by the woke culture is an excellent way of not talking about the pressing moral issues on which ­Christianity and the culture are opposed to each other: LGBTQ+ rights and abortion. Even Schleiermacher would cringe. Christian elites try to persuade the secular world that they aren’t so bad—no longer in terms of Enlightenment conceptions of reason, but in terms of the disordered moral preoccupations of the day.”

We All Have the Power of Caligula Now

Meanwhile, Alan Noble has some interesting (and disturbing) thoughts on pornography. “Pornography assumes that we are each our own and belong to ourselves. It’s a tool that promises to give us a kind of personal validation, a sense of identity, a taste of meaningfulness, and a glimpse of intimate belonging. But by its own logic, pornography, like modernity, is an empty promise.”

When Pastors Declare Victory Too Soon

“I used to think that turning a church around was like turning a business around: set a new vision, clean up the mess the old guy left, and get the charts pointing in the right direction.” But now Darryl has realized it’s far different.

Bruce Ashford: “Westerners in general, and Americans in particular, have learned to live life without any real reference to God. Because of our relative wealth, we tend not to lean on God for material provisions. Because of modern medicine, we rely on doctors and surgeons when our health is fragile, and don’t see God as the ultimate healer. Because of modern therapy, we tend to ignore the role he should play in the right ordering of our hearts and minds…”

Terry Johnson: “Were the Jehovah’s Witnesses right? Among their central boasts is that they have revived the covenantal name of God, the Hebrew YHWH, sometimes pronounced Yahweh and sometimes Jehovah, that Jesus came to restore. Ancient Hebrew has no vowels so the precise pronunciation may never be known. Given the growing practice among Evangelicals of referring in sermons and lectures to Yahweh, one would think that the Jehovah’s Witnesses were right.”

Dog Bites Man: Adventures in the Life of a Translation Consultant

How can someone help ensure the quality of a new translation when that person doesn’t speak the language? This article answers.

Pray for Those in Authority

“Authority and institutionalism have become less popular in recent years, but Scripture places emphasis on authority and organized religion is an irrevocable part of God’s plan for the world. We are commanded in Scripture to pray for those in authority (1 Timothy 2:1-2) and this command should be taken seriously.”

Flashback: Do We Care for the Sheep or Do We Use the Sheep?

There is a place for ambitious goals, I’m sure, but they must come after the sheep have been properly cared for, not before. 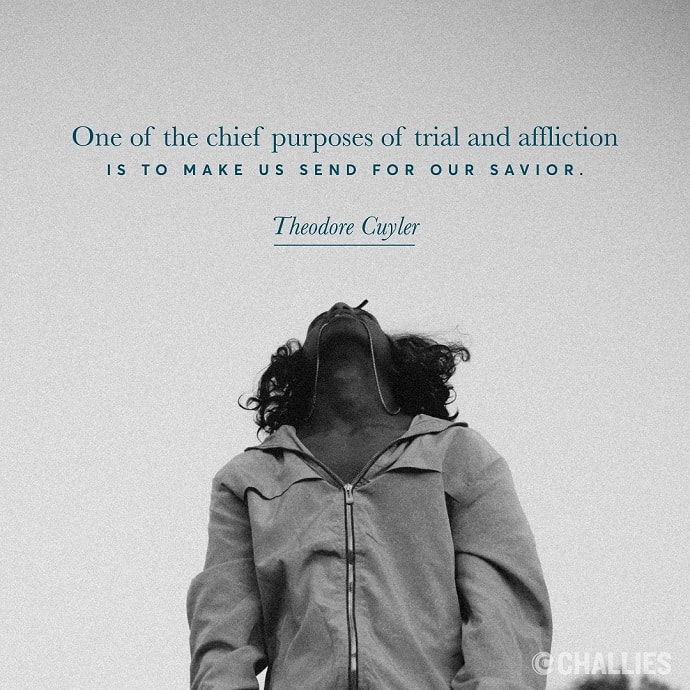 One of the chief purposes of trial and affliction is to make us send for our Savior. —Theodore Cuyler