Today’s Kindle deals include a nice little list of titles (though, to be fair, a good number of them seem to go on sale every month or two).

(Yesterday on the blog: Do We Care for the Sheep or Do We Use the Sheep?)

John Henry Newman has been much in the news recently. Here’s a short article on his life and influence.

It’s not good news for Facebook’s cryptocurrency, but it’s also not necessarily devastating news. “The first to ditch Libra was Paypal, which withdrew on October 4th. Then, over the course of a few hours on October 11th, Visa, Mastercard, Stripe and Mercado Pago all bailed on the project, with eBay tagging along for good measure. That meant every major US payment processor has exited the association.”

“Stick a spade anywhere in the natural world and it comes up teeming with fascination. Did you know, for example, that sequoia bark is inches thick and its sponginess protects the trees from forest fires? That they are the most massive plants, and among the oldest living organisms, on earth? That their seed cones do not drop naturally but depend on gray squirrels to swarm their branches and nibble through the stems?”

Here’s a look at how Eliud Kipchoge became the first person ever to run a marathon in under two hours.

“We live in the world of viral videos—at least those of us connected to the internet. The latest video becomes the topic of conversation—have you seen the one where…? Together, we spend 3.25 billion hours on YouTube in a month. That’s 399,543 years. Add to that all the YouTube videos embedded on Facebook etc.” Incredible! And here’s how and why it matters.

‘This Word Must Be Preached’

Justin Taylor has a beautifully-written anecdote from the life and ministry of John Piper.

The Strength of Silence

I have some distant memories of silence. “When I’m in the middle of a busy season of life, I find myself pushing my time with God into smaller and smaller chunks of my day. Other priorities take the place of that time, and before I completely realize what happened I’ve sacrificed the sweet depth of my relationship with God for the temporal busyness of my schedule.” 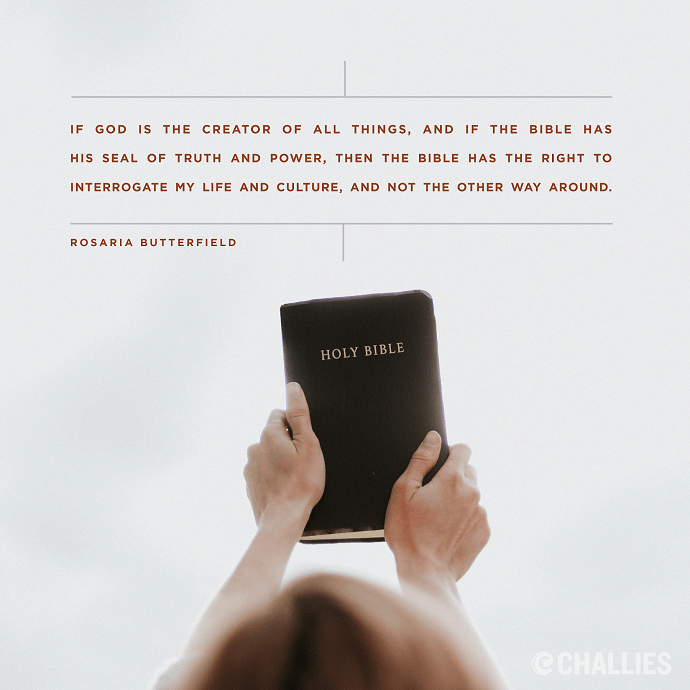 If God is the creator of all things, and if the Bible has his seal of truth and power, then the Bible has the right to interrogate my life and culture, and not the other way around. —Rosaria Butterfield