I was able to dig up just a few new Kindle deals for today.

Here’s a fun little exchange to start the day today. A couple of days ago, The Babylon Bee wrote an article titled “Keith And Kristyn Getty Struggling To Come Up With Word That Rhymes With ‘Substitutionary Atonement.'” They took that as a challenge and posted this little song to Twitter.

The Importance Of Doing What Anyone Could Do

Top notch, this. “‘A lot of people could have done it.’ Which is true, I’m sure. The thing is, they didn’t. The charity didn’t need people who could do the job. They needed someone who would do it. My friend was (and is) that person, and I say the world needs a lot more like him. And it doesn’t always have to be complicated or specialised. Often the most helpful acts of support and kindness are also some of the most mundane – the kinds of things almost anyone could do.”

The Creaking on the Stairs: Finding Faith in God in God Through Childhood Abuse (SPONSORED LINK)

I took a slight step back, experience teaching me to not keep completely out of striking distance, which would only anger her further, but to be just far enough away for it only to sting when she hit out. She ripped open the envelope and with it tore a part of the paper within. Her eyes scanned the news and I stood there sweating, praying desperately for a good result and a pain-free evening. ‘Please God, please God, please God.’

The New York Times covers the growing Mormon film and television industry. “Movies made by the Church of Jesus Christ of Latter-day Saints are an important part of a film and TV ecosystem in northern Utah. And there’s not an R-rating in sight.”

The Cultural Left Bares Its Teeth

Al Mohler writes about the possible coming demise of religious freedom. “A moral, political, and cultural earthquake tremored last Thursday night as CNN’s Equality Town Hall featured the leading contenders for the Democratic Nomination for President of the United States. The rhetoric of the candidates finally bared the teeth of a Democratic Party sold out to the most radical proposals of the LGBTQ movement.”

“How much value does a soul have to you? If you are in church leadership, how do you demonstrate the worth of another human being?” These are important questions!

Be Alert and Pray

“‘I heard a voice. Like this…’ her voice changed from sweet innocence to a guttural growl. ‘Jenna, I’m going to get you. And there were two red eyes. And he laughed like this…’ It was an evil laugh. I sat up straight in bed. On high alert. Heart pounding. Wide awake.”

Stephen McAlpine has been writing about bullying in the church, and in the most recent entry he gets to NDAs. “Never sign an NDA – a non-disclosure/non-disparagement agreement – in a church setting.  Never.”

Flashback: Why We Chose a Christian College

Two of our children are still in the public school system, yet our son is attending a Christian college. A reader wrote and asked us about that decision. Here is my answer. 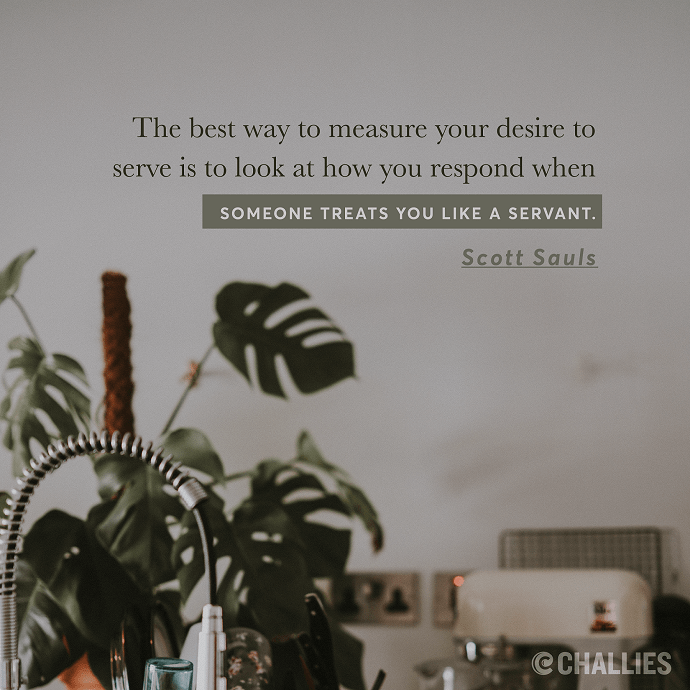 The best way to measure your desire to serve is to look at how you respond when someone treats you like a servant. —Scott Sauls