There’s a series of books for children on sale this week at Westminster Books.

Today’s Kindle deals include one of the volumes in the God’s Word for You series as well as David Platt’s book on Christians and voting.

I noticed that Amazon has board games on sale today for those who are looking to stock up before winter.

Discernment Without and Within

Nick Batzig writes that “With the potential for the entire world to stream into our minds and hearts by means of the internet, it is safe to conclude that there has never been a time when Christians needed discernment so much as at present. But what is discernment? How do we get it? And, in what areas of our lives does God call us to exercise it? These are some of the more important questions upon which we ought to focus our attention, for the simple reason that there is a noticeable lack of discernment in the church and in our own hearts and lives.”

Why Persian Rugs Are So Expensive (Video)

It’s kind of random, I know, but I very much enjoyed this look at true craftsmanship in an age of mass production.

Stream the Luther Documentary for Free

Through the end of October, Ligonier Ministries has enabled free streaming of the award-winning documentary Luther: The Life and Legacy of the German Reformer on their YouTube channel. You can also download the accompanying study guide for free. (Sponsored Link)

Christians and the Sabbath

TGC has put together a “three-view forum” on a Christian understanding of the sabbath. And I must say, when I became convinced of believer’s baptism instead of paedobaptism, thus leaving the Dutch Reformed churches of my youth for this new world of the Reformed Baptists, it took me a long time come around to a new view of the sabbath. In fact, to be perfectly honest, it still doesn’t sit quite right with me.

Stop Being Shocked by What the Pope Says

Jordan Standridge doesn’t hold back here. “Every once in a while, the pope (especially this one) says things that are not only not very catholic but most importantly incredibly unbiblical. And while I understand the shock that comes whenever a believer hears God, or His word being blasphemed what I don’t understand is Christians that are shocked that the pope could say such unbiblical things.”

Temptation Is No Simple Enemy

“We expect temptation will march through the front door, dressed like a wolf, announcing itself loudly as it comes. But temptation often prefers the back door, and the bedroom window, and that crack between the floorboards. Temptation relies on subtlety and nuance, on deception and surprise, on ignorance and naivete. To begin to taste victory, we have to start treating the war like a war. We have to study the enemy of our souls.”

“Across the street from our new home is the holiday house. You probably have one in your neighborhood. They go all out for every holiday. On Saturday, cars stacked up on the main road leading into the neighborhood as families drove by slowly, taking in the massive display that must have cost the owners thousands of dollars.” We have one of those nearby as well…

Flashback: Why Your Church Should Sing New Songs (Not Only Old Songs) 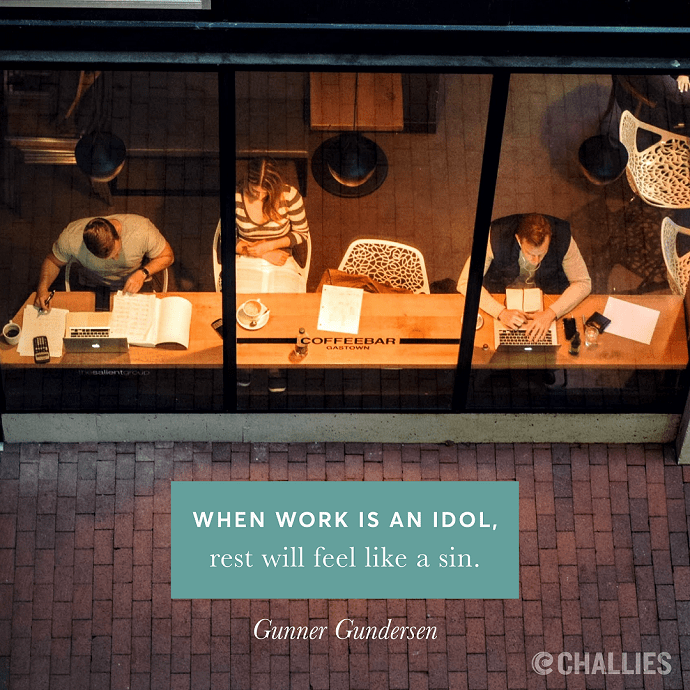 When work is an idol, rest will feel like a sin. —Gunner Gundersen