Today’s Kindle deals are from Crossway and include a top biography on Martin Luther as well as one of those books that helped change my life: Whatever Happened to The Gospel of Grace? by James Montgomery Boice.

Once again, Logos 9 released this week and includes some solid new features. It’s currently at least 15% off. And, of course, no matter your version, don’t forget to look at the free and discounted books of the month before we head into November.

(Yesterday on the blog: What’s The Point Of Family Devotions?)

Maria Fearing and the Mission to the Congo

You may enjoy this biographical sketch of a little-known figure. “If you think you are too old for something you wish to do, Maria Fearing can prove you wrong. She learned to read when she was 33 and became a missionary at 56. She would have continued until her death if the Presbyterian mission board hadn’t stopped her when she was 77. Far from being done, she continued to teach Sunday School for another 16 years.”

This is a bittersweet story, but one worth reading. “Hall of Famer Joey Moss, the long-time dressing room attendant of both the Edmonton Oilers and Edmonton Eskimos, has bellowed out O Canada for the final time. Moss died Monday afternoon after a long struggle dealing with Alzheimer’s and a recent surgery involving a broken hip.”

What’s The Big Problem With Our Evangelism?

I’m inclined to agree with Stephen Kneale as he reflects on our lack of evangelism. “In my experience, the issue tends to come down to fear of man. I think most of us are scared. I don’t think it much of a coincidence that some of the people I have seen most effective in evangelism are those who evidently – not just in this arena – do not care whether people think they are weird or strange. They just aren’t bothered and so they quite naturally talk about Jesus, caring not one jot whether people think they’re strange or not.”

The Nature and Purpose of Government

I appreciated Kevin DeYoung’s reflections on the nature and purpose of government (though I’m kind of hoping he’ll add a part two).

I’m Proud of You Son

“‘You’re never too old to want your dad to be proud of you,’ my husband stated the other night as we both collapsed into bed, tired from a day of hard work. Those poignant words took me immediately to the memory of my dad. His praise had such a huge impact on me then that to this day I think of my actions and how he would respond. What he accepted then still matters to me now. His affirmation steered desires and emotions, they brought me joy and sorrow.”

The title of National Wildlife’s 2020 Photo competition is “Nature’s Witness” which could almost (almost!) have come out of Psalm 19. As Christians we look at this kind of beauty and know what, or better, Who, it is bearing witness to.

What Is Digital Authoritarianism?

Where sin and ignorance have established deep roots, there will never be easy answers or painless solutions. Disrupting a family is difficult and painful; marrying an unbeliever is bound to be difficult and painful. Sadly, sometimes the only options available to us are painful and less-than-perfect ones. 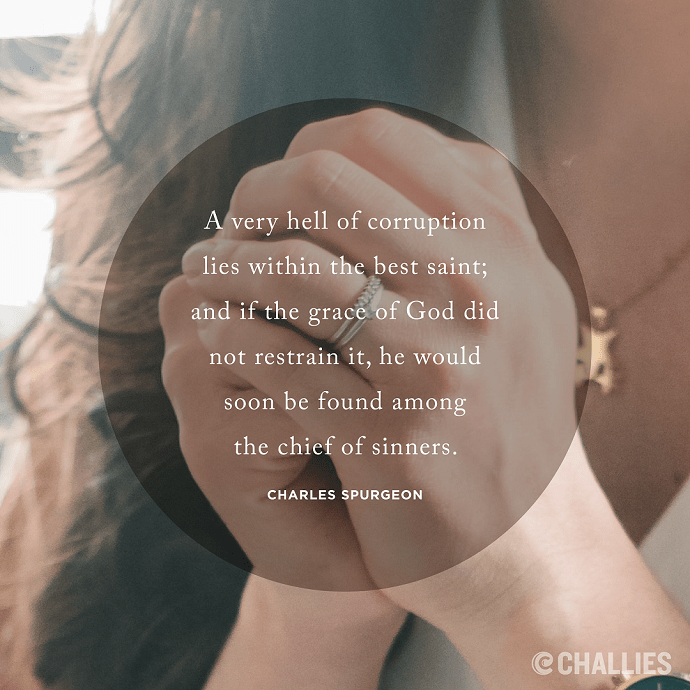 A very hell of corruption lies within the best saint; and if the grace of God did not restrain it, he would soon be found among the chief of sinners. —Charles Spurgeon