May the Lord bless and keep you today.

This week’s deal from Westminster Books is on a new book by Dane Ortlund.

There are some new Kindle deals to kick off the month.

How Heaven Changes Us

I’ve known many parents who have wondered this. “I’ve often pondered what Ben will be like in heaven. I used to think that he would still have Down Syndrome, since it comes knit into his every chromosome. But the longer we deal with not just the delights but also the deficits and struggles that Down Syndrome brings, the more I am convinced that the transformation we undergo in heaven will heal him of even this.”

This is good counsel from Darryl Dash. “Read all of Scripture, and read other dead people (as well as some living ones). But dedicate your life to mastering — and being mastered by — your two main texts and your one main dead person.”

This article by Tom Sugimura looks at the idea of carnal Christians.

Finding Gods Will (Not Just Yours) for Your Children

“Sometimes, however, our desires for our children’s future lives collides with God’s will. It’s not that we intentionally disregard God’s plans—no thoughtful Christian parent would want to do that—but it’s terribly easy to confuse or commingle our plans with what we think God’s plans are (or should be).”

The Problem of Online Therapy Culture

Samuel James raises some interesting points about online therapy culture in this edition of his newsletter. “There’s a particular epistemological relationship between members of therapy culture and outsiders; anyone who doesn’t show the necessary signs of experience and understanding are not to be trusted, but are most likely trauma-inducers themselves. And there’s an active doctrine of revelation whose canon is opaque but that can be discerned through memes and influencer mantras.”

What Do They Hear?

It’s a question worth asking. “What is the song of your life people around you hear? Do they hear something that sounds like Jesus? Are they able to pick out from among the chords and notes of your daily life a song that reminds them of the Savior?”

Flashback: The Beauty of a Defiant Church

They proclaimed that death may have accomplished a minor setback, but that the war has already been won. They stood together in the face of death and raised the roof with the message of the one who has overcome death. 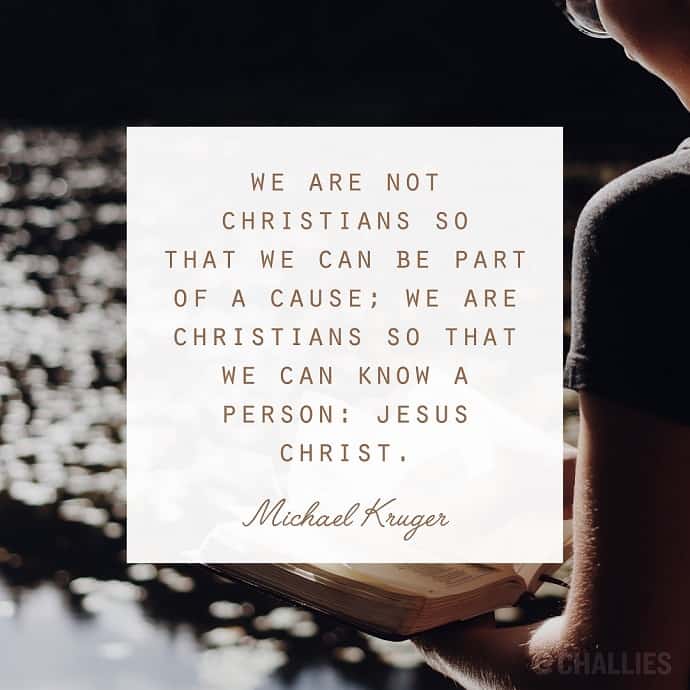