Today’s Kindle deals include a pretty good assortment of books.

Westminster Books has some solid deals on lots of solid books.

No, not all short-term mission trips are bad. But a lot are. Darren Carlson tells about the differences. “Churches are less likely to support a long-term missionary than to send a group of teens to paint a house or put on a VBS in a country where they don’t speak the language. American churches often send untrained individuals from among the financially privileged on short-term trips as a means of discipleship. In doing do, we swamp long-term workers with people who have flexible schedules and eager hearts, but not a lot of skill.”

5+ Questions to Ask a Visiting Missionary at Dinner

I enjoyed this one. “Ok, so you’re inviting a visiting missionary over for dinner. For sure you’ll ask them about their ministry and all they are experiencing God doing in the hearts and lives of the people they serve. This is good and important, but it doesn’t have to be the only thing you talk about. In my experience, most missionaries have an arsenal of hair-raising and side-splitting stories. Once you’re past the meat of your dinner conversation and moving on to tea and coffee, why not try some of these?…”

I’m less taken with the conclusions of this article than the observations. “The nuclear family, religious fealty, and national pride—family, God, and country—are a holy trinity of American traditionalism. The fact that allegiance to all three is in precipitous decline tells us something important about the evolution of the American identity.”

“Oh how often I’ve been tired-to-death of ‘Christian’ platitudes. But, remarkably, I’ve never tired of Christ. Or, to speak more truly, Christ has somehow — remarkably — never tired of me. Even when I was as low as my suffering friend was this summer. Especially when I was that low.”

Why Making Apple iPhones in America Is So Hard (Video)

It sounds pretty unlikely that an iPhone will ever be made in America.

Will Unbelievers Be Annihilated or Suffer Eternally?

Catholicism Made Me Protestant

What an interesting journey…

Here are some ways I’ve seen people ruin what could have been a beautiful thing. 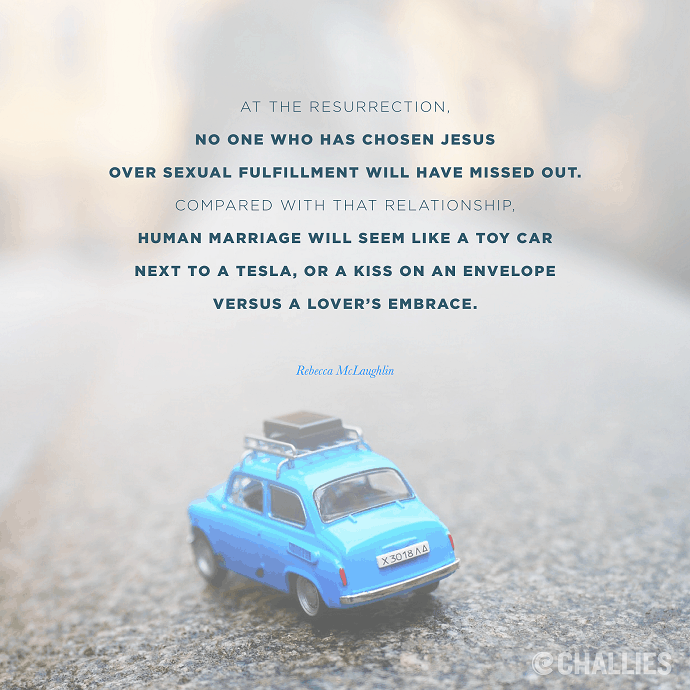 At the resurrection, no one who has chosen Jesus over sexual fulfillment will have missed out. Compared with that relationship, human marriage will seem like a toy car next to a Tesla, or a kiss on an envelope versus a lover’s embrace. —Rebecca McLaughlin