There isn’t much going on in Kindle deals so far this week.

On the printed book front, Westminster is offering a deal on David Powlison’s final book which comes with some strong endorsements.

Christians in Community: Redeeming the Concept Of Ubuntu

Here’s a fascinating look at the African concept of Ubuntu and how it has fallen on hard times as a western mindset has begun to pervade the continent. “Increasingly, the world has become more individualistic and inward looking. Africans have followed suit. In many places individualism is the hallmark of this generation. We approach life from the perspective of ‘I’ rather than ‘we’. At the foundation is the attitude of how do I benefit, not how do we mutually benefit. Individualism is destroying the church rather than building it.”

Don’t Perish on Your Platform

What Does Your Dad Do?

“‘What does your dad do?’ Growing up, it was the question that I dreaded answering. Like most kids, I grew up believing that my dad could do anything but when I started school, I quickly realised that this wasn’t the case. While my friends had dads who were qualified to work in sanitised clinics and air-conditioned offices, my immigrant dad would come home covered in sweat and dirt.”

Here Are 5 Tips for Conversations in Our Tense Cultural Moment

Michael Kruger specifically addresses conversations between believers and unbelievers. “OK, so conversations with non-Christians aren’t what they used to be. In years gone by, it seems you could just disagree with someone and everyone was fine with that. You could just shake hands and move on. But now, in our tense cultural situation, disagreement is regarded as a personal attack. To disagree with someone is to be hateful and unloving toward them.”

How Can We Better Understand Our Hispanic Brothers and Sisters?

Trails Are For Following, Not Just Blazing

“The world needs trailblazers, and ought to celebrate them. They get the glory for a reason. But if their hard-won trails are going to do us any good going forward, then the world also needs trailfollowers. What’s the point of a path if no one uses it?”

Flashback: The Duty of Diligence

There is value and dignity in all labor. We honor and serve God through the simple, beautiful duty of diligence. 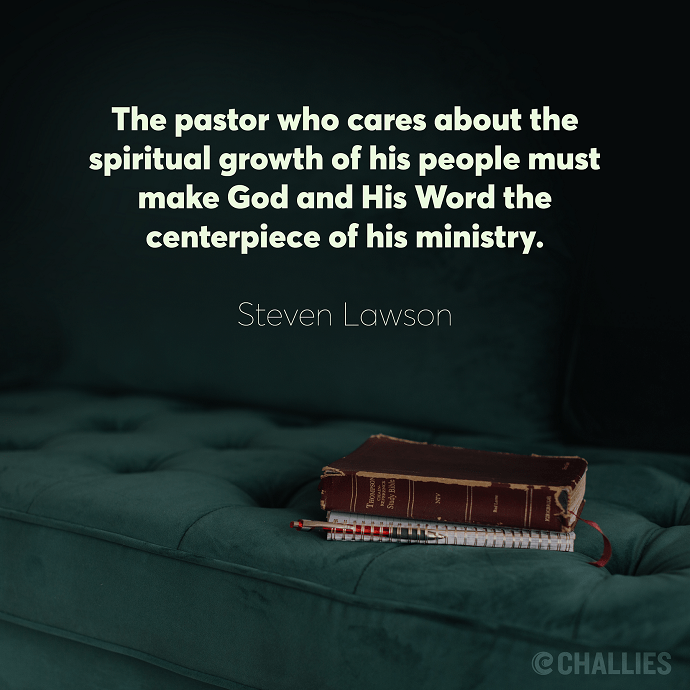 The pastor who cares about the spiritual growth of his people must make God and His Word the centerpiece of his ministry. —Steven Lawson