Good morning. May the grace of the Lord Jesus Christ be with you today and all throughout this weekend.

My gratitude goes to Burke Counseling Group—who offers their counseling services via secure video links—for sponsoring the blog this week.

Today’s Kindle deals include a list of republished classics (as is the case most Saturdays).

(Yesterday on the blog: A Mid-Winter Family Update)

Andrée Seu Peterson: “Since Time magazine announced God was dead in 1966, people have done their best to manage without Him, notably in relationships. God’s narrow way of one man and one woman monogamously raising offspring has been paved over with multilane beltways, bypasses, and loops that must look sort of messy from angel altitude.”

How To Pray For Our Political Leaders

Jesse Johnson has some good suggestions on how to pray for political leaders.

If We Want The Best, Embrace A Strong Opposition

This is important. “Don’t we want our opponents to fail? Particularly in politics because then we can take power? Well, if your main concern is genuinely the acquisition and exercise of power for its own sake, then yes. But the kind of person who is known to be like that is unlikely to win the support of the people in whose interests they are supposed to wield that power. The kind of leader the people want is surely those who wield power in their interests and such a person would want to see even their political enemies succeed because it cannot be in the people’s interests for them to fail.”

This article on visiting the sick includes some practical pointers. “In a time when it is being proclaimed to us that our bodies are yucky—that our bacteria-and-virus-laden selves are somehow outmoded, and if only we could achieve a sterile utopia—we must not forget the vital importance of an arm around a shoulder when weeping with one another. Despite all the limitation in our present epoch, the church of Christ must not give up the inestimable value of visiting her members in some of the most susceptible and vulnerable times of life: when ill and dying.”

The Four Childhoods of Modern Man

This article has some wise insights about fallen humanity and, unfortunately, a couple of bad words.

What Does It Mean To Be “in Christ”? (Video)

Steve Lawson and Derek Thomas answer the question (while wishing Sinclair Ferguson was there to give his perspective).

…though he was unpolluted by sin, perfect in every thought, word, and deed, still he reaped the fearful consequences of sin—our sin. 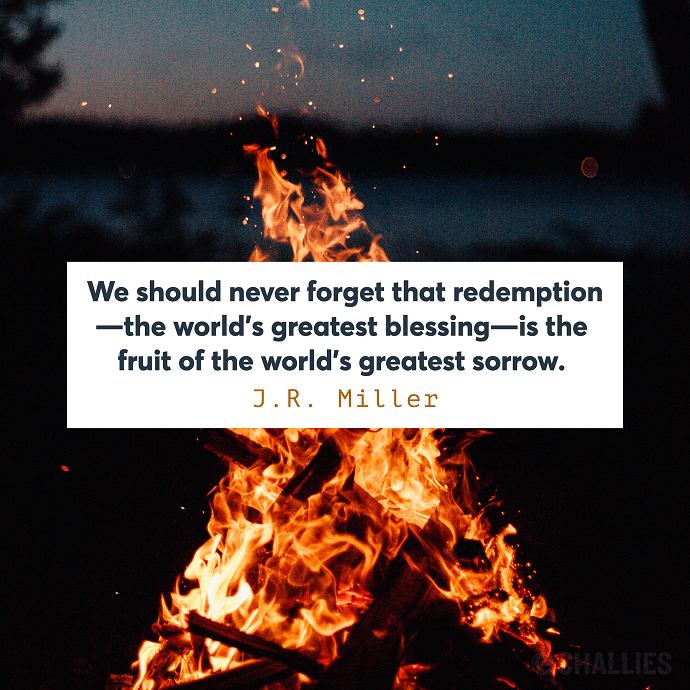