It has been a rather quiet week for Kindle deals, and today there are just a few more minor ones to consider.

Fred Sanders: The Trinity and The Shack

You may enjoy watching Fred Sanders speak on The Shack and address audience questions.

Is Your Platform Worth Your Life?

It’s worth reading this if you’ve got (or are trying to get) a “platform.” “Christians, how can we be vigilant to guard against selfish ambition in our lives and ministries? How can we be sure that the priority of our platform is to champion the gospel, not ourselves?”

Look on My Works, Ye Mighty…

“Archaeologists from Egypt and Germany have found an eight-metre (26ft) statue submerged in groundwater in a Cairo slum that they say probably depicts revered Pharaoh Ramses II, who ruled Egypt more than 3,000 years ago.”

Reflections on the Revolution in Middlebury

Charles Murray reflects on his recent experience at Middlebury College where a violent protest broke out. (Also, Samuel James reflects.)

This is a long, tough article on the plague of opioid addiction in America.

Breaking Down the Father on BBC Being Interrupted by His Children

Here’s a fun breakdown of everyone’s new favorite viral video. I work from home and do a lot of interviews and live in fear of this kind of thing happening! (Also, from working at home I know that while he’s got a shirt and tie on up top, he’s just wearing PJs instead of pants since you can’t see below the waist.)

Answers in Genesis has a summary and evaluation of the first episode in a new series by National Geographic.

Even at the best of times there is nothing simple about raising children. But throw in a million new technologies—new devices and social networks and apps—and things get far more complicated still.

The Importance of Staying Curious in Bible Study

I’m grateful to Zondervan for sponsoring the blog this week… 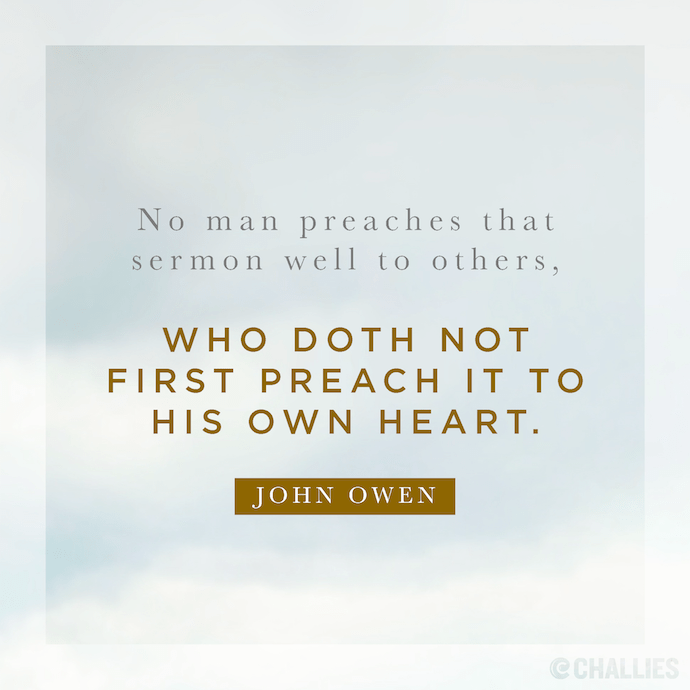 No man preaches that sermon well to others, who doth not first preach it to his own heart. —John Owen