My gratitude goes to Reformation Heritage Books for sponsoring the blog this week with news of Simonetta Carr’s new book Questions Women Asked.

Today’s Kindle deals include a good little book on the psalms along with some classics.

(Yesterday on the blog: Money, Debt, and Finances)

Janie Cheaney gets to the root of her disagreement with a liberal Christian friend. “She sees the Bible as quite clear on the second greatest commandment but open to interpretation about the first. She is certain about how society should help the poor and relieve the oppressed, but uncertain—even suspicious—of core theology. For her, dogmatic doctrine leads to oppression every time. For me, the Bible brooks no uncertainty about who God is and what He requires. But there’s more than one way to love our neighbor, and some might be better than others.”

Al Mohler: “Will Christian colleges survive? Will colleges and universities that hold to historical biblical definitions of gender and sexuality and marriage be forced into the academic wilderness? What about American collegiate sports? Will conservative Christian schools be ruled out of bounds?”

Now I Understand Why You Were Always Talking About Church

“The open death threat made that day was a turning point. The same man who had made this threat was a known killer, having murdered prisoners and political opponents in crimes that were documented online by Amnesty International. Usually Hama laughed off threats. But now that his wife’s older brother, a killer, was making them, he was visibly worried.”

How Much of Your Stuff Belongs to Big Tech?

Big tech is facing us with some new questions related to ownership. “Everyone, from toddlerhood onward, knows—or thinks he knows—what’s his. But, according to Michael Heller, a professor at Columbia Law School, and James Salzman, a professor at the U.C.L.A. School of Law, ownership is never straightforward. It ‘is a social engineering choice, a conclusion we come to, not a fact we find,’ they observe.”

The Startling Evidence Of A Changed Life

“A life that is fundamentally changed by Jesus is evidence to those around you that Jesus is real. In fact, a consistent Christian life lived amongst non-Christians is probably the most convincing piece of evidence you can show someone that our faith is real.”

I Will Not Offer the Lord What Costs Me Nothing

HB Charles Jr. lists some of the costs that will come to those who serve the Lord.

Flashback: 10 Lessons on Parenting Little Ones

Pray for your children. Pray consistently, persistently, passionately, earnestly, and constantly. Pray for their bodies and souls and lives. 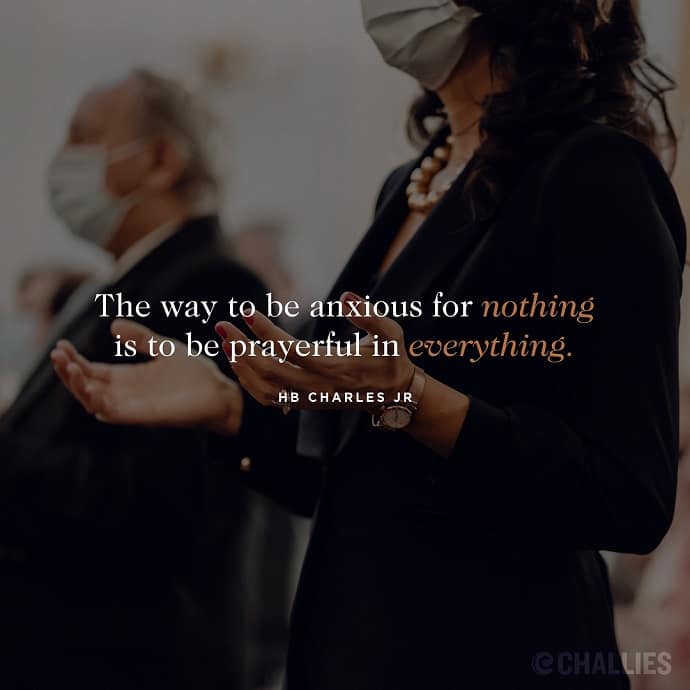 The way to be anxious for nothing is to be prayerful in everything. —HB Charles Jr