There’s a whole stack of Kindle deals you’ll want to work through today.

(Yesterday on the blog: Between Life and Death)

The Gospel of Inclusion is Far Too Narrow

Trevin Wax: “What put Christianity in the crosshairs of Caesar and the Roman authorities was this explosive combination of inclusivity and exclusivity—this little group of people who insisted on the exclusive claim that Jesus is the only way, not the idols of Rome, and also issued an inclusive call to everyone, regardless of ethnicity, to repent and believe and become part of a new worldwide family. That was the jolt of electricity that shocked the Roman Empire, the earthquake that eventually brought down the ancient Roman religions.”

The Posture of Prayer: A Look at How Muslims Pray

This is a great article on how and why Muslims pray. It also tells how to engage Muslims in discussion about prayer and other spiritual matters. And it reminds us why we, as Christians, can pray in a very different way.

Be Remembered: My Grandpa, the Bridge Builder

“A few hours ago, my grandfather, Dr. Warren Wiersbe, breathed his last breath in his earthly body and took his first breath in glory. Here’s an irony: I’m writing about this man, my Grandpa Wiersbe, who was himself a prolific writer. As I write, I can’t help but imagine him hovering in the background and trying to find a way to edit what I’m writing so that it reflects a crisp tone with active voice and genius alliteration. (Grandpa mutters the phrase, “write for the ear, not for the eye!” but what does that even mean?!)” (See also Justin Taylor’s obituary.)

I’ve mentioned before how much I enjoy the YouTube channel Special Books by Special Kids. The most recent video is about Marky Jaquez, who has also been written about by Joni & Friends.

If you shop at Amazon (and who doesn’t), you ought to know how to do so safely and well. This article helps. “These days, almost anyone can sell items on Amazon in five easy steps. The site hosts millions of sellers, making it more like eBay than Walmart. But Amazon does not vet everything on its virtual shelves thoroughly, if at all, and that means you have to be careful about what you’re buying. The site has known problems with fake reviews and counterfeit items, and a growing number of Chinese sellers have flooded the site with strange new off-brand products in the past few years. Amazon has a fairly good return policy on its own items, but third-party sellers don’t have to abide by those standards, and many don’t.”

5 Ways to Pray for Missionaries

This will help you pray better as you pray for the missionaries you know and support.

5 Signs Your Church Has an Unhealthy Preaching Culture

Flashback: 2 Ways To Look at the People in Your Church 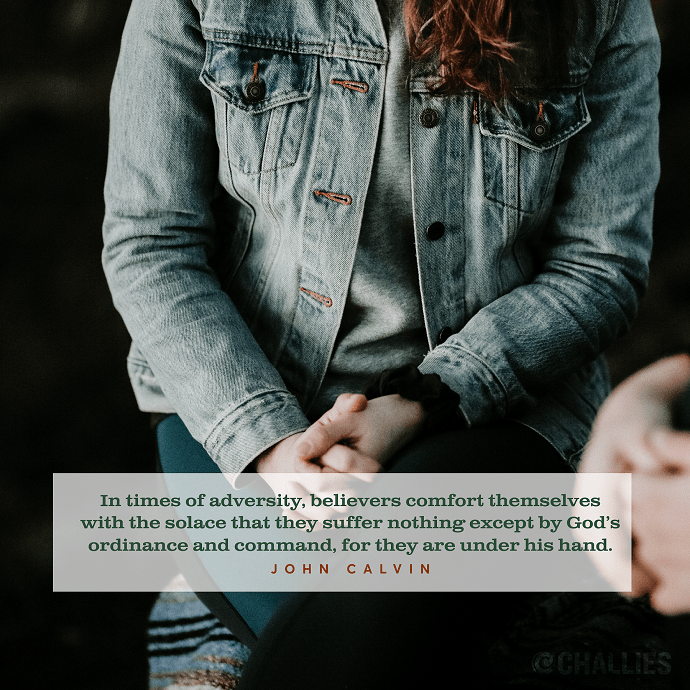 In times of adversity, believers comfort themselves with the solace that they suffer nothing except by God’s ordinance and command, for they are under his hand. —John Calvin