Today’s Kindle deals include a couple of books for young adults as well as some classics.

(Yesterday on the blog: Puritan: All of Life to the Glory of God)

“In any sphere of culture, leaders are trying to sell themselves and their views. In fact, the very reason these leaders often rise to the top is their ability to persuade people of the rightness of their views and decisions. Yet, often they are so charismatic, so persuasive, that we are easily duped by poor reasons leading to flawed conclusions.” Bruce Ashford provides a list to look for.

Lucas O’Neill: “It agonizes me that so many churches with such great resources and strengths go the way of Samson, doing what’s right in their own eyes. In the process, they leave behind heaps of bleeding Christians, leg upon thigh (Judg. 15:8). Recovery for genuine believers who have been damaged by failed churches is a grueling process.”

One bad design led to a whole new emphasis on user friendliness. And now it’s difficult to imagine life without it.

4 Principles for the Exercise of Christian Liberty

This is such good and important stuff from Sinclair Ferguson.

Knowing Why We Want Knowledge

“I have met with lots of people who have a deep need for you to know they are right. There is, of course, nothing wrong with being right. Being right is obviously a good thing. It is right, after all. Nor is there anything wrong with gently correcting people who are wrong. That is a loving thing to do. Equally, there is nothing wrong – of itself – disagreeing with somebody if we happen not to agree. There’s no point being dishonest. But there is something wrong with needing people to know we are right.” Interesting…

I don’t agree with everything here, but I do think it’s an interesting take on the Millennials as they begin to hit middle age.

This was a short but effective reminder that for some people in some circumstances, prayer is very difficult.

Flashback: 3 Parenting Myths We Are All Tempted To Believe

As Christian parents raise their children in the discipline and instruction of the Lord, we can be tempted to believe some dangerous myths about what we are doing and how we are to go about it. 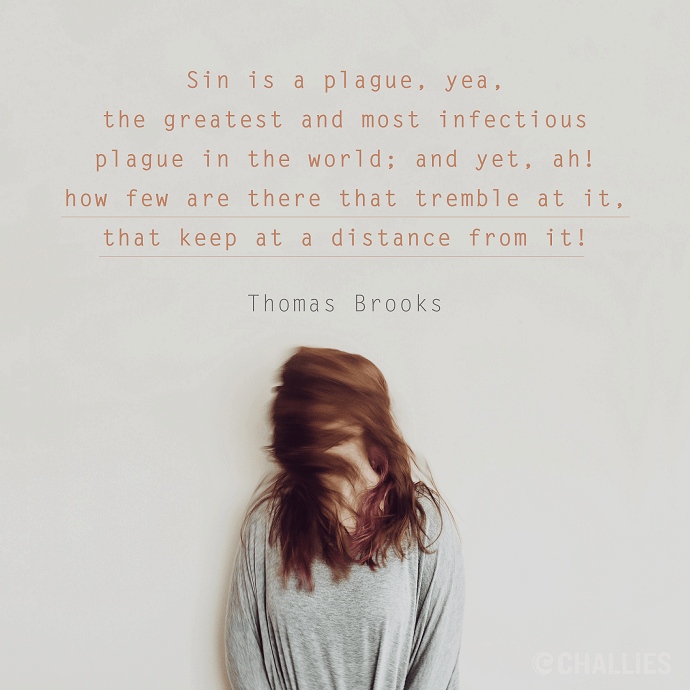 Sin is a plague, yea, the greatest and most infectious plague in the world; and yet, ah! how few are there that tremble at it, that keep at a distance from it! —Thomas Brooks