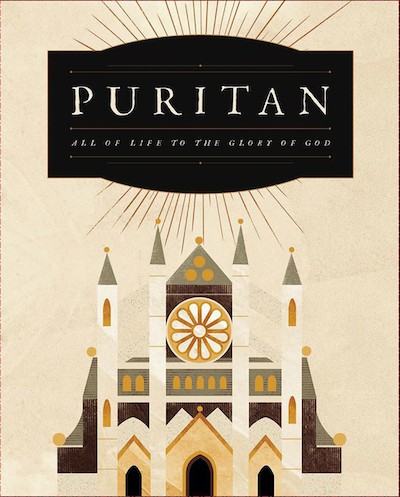 I doubt there are too many people who can honestly say they foresaw the recent revival of interest in Puritans and Puritanism. Yet over the past 10 or 20 years, this is exactly what has happened. Suddenly a whole new generation has begun to pick up works written hundreds of years prior and realized, perhaps to their shock, that these are as relevant today as they’ve ever been.

Chief among the proponents of the Puritans is Joel Beeke of Reformation Heritage Books and Puritan Reformed Theological Seminary. He has been reading and studying the Puritans since he was a young teen. Since then he has co-authored and published, among many other works, Meet the Puritans, a guide to the most important Puritan writers and works and A Puritan Theology, a giant treatment of Puritan perspectives on a wide variety of doctrines. And now he has partnered with Media Gratiae to create a documentary film titled Puritan: All of Life to the Glory of God.

Puritan comes with three other discs besides the documentary. One of them contains fairly minor “special features” that, though useful, probably do not add a lot of additional value. The other two, though, are impressive. These two “Lessons on Puritanism” DVDs contain short biographies on 16 different Puritans as well as teaching on 19 different Puritan themes. Each of these is led by a different teacher, many of whom are experts on that particular person or subject (such as Derek Thomas on John Bunyan, Mark Dever on Richard Sibbes, and J.I. Packer on Richard Baxter). It also comes with a softcover workbook that accompanies the “Lessons on Puritanism.” Finally, it comes with Following God Fully, a handsome hardcover book authored by Beeke and Michael Reeves that serves as yet another introduction to the Puritans and Puritanism.

I need to say a word about how to use this film. That may sound odd, but in this case I think it’s necessary. At this time, Puritan is not available as a stand-alone film. You cannot buy it on iTunes or stream it on Netflix. You can only buy it in a “Deluxe Edition” that comes with all of the additional material. The cheapest price for this is currently $115. That is perhaps a little steep for many people when they consider individual or family viewing, and this is exactly why the product is geared toward groups. It seems to be the kind of product churches or small groups may purchase so they can watch the film together, then study all of that additional material while making their way through the workbook.

However you use it, I’m sure you’ll find Puritan both illuminating and challenging. It’s a well-made, interesting film and one I’m glad to recommend.

Puritan is available at Westminster Books and Reformation Heritage Books. (You can also get it at Amazon, but their price is significantly higher.)