I’ve been blessed to spend the past few days in Hawaii to speak at the Pacific Church Leadership Conference. What a joy it has been to spend time with brothers and sisters from all across the region (and with Alistair Begg who is decidedly not from the region).

Today’s Kindle deals include a couple of classics and a few newer works.

(Yesterday on the blog: To the Young Man Who Has Been Asked To Preach for the First Time)

Justin Taylor tells why Tom Schreiner holds to an amillennial view of the end times, even if it is with some hesitation. “It would be hard to find a more gracious and humble commentator than Tom Schreiner. This is especially true when it comes to the controversy of what Revelation 20 teaches on the millennium.”

How Should We Describe David’s Sin With Bathsheba?

Here’s a very level-headed view on a hot topic this week: Whether David’s sin with Bathsheba amounted to rape.

Here’s a great little map showing America’s fall foliage. (Being in Hawaii this week, I haven’t seen a bit of it!)

Joel Belz: “Not since the Civil War, some thoughtful observers are saying, has our nation been so divided. Never so polarized. Never with so many of its citizens set so bitterly against each other.” Whether that’s true or not, it’s clear that there is a lot of division at the moment.

“On Thursday, during a CNN town hall devoted to LGBTQ issues, Democratic presidential candidate Beto O’Rourke was asked, ‘Do you think religious institutions like colleges, churches, charities—should they lose their tax-exempt status if they oppose same-sex marriage?’ ‘Yes,’ O’Rourke said without hesitation, drawing applause from the Los Angeles audience.”

“Earnestness is the demeanor that corresponds to the weight of the subject matter of preaching. The opposite of earnest is not joyful but trivial, flippant, frivolous, chipper.” John Piper explains.

Flashback: 7 Things Your Church Needs From You

Commit to get to know people not like you. There is no reason you shouldn’t be able to say that some of your best and closest relationships are with people who are very different from you. 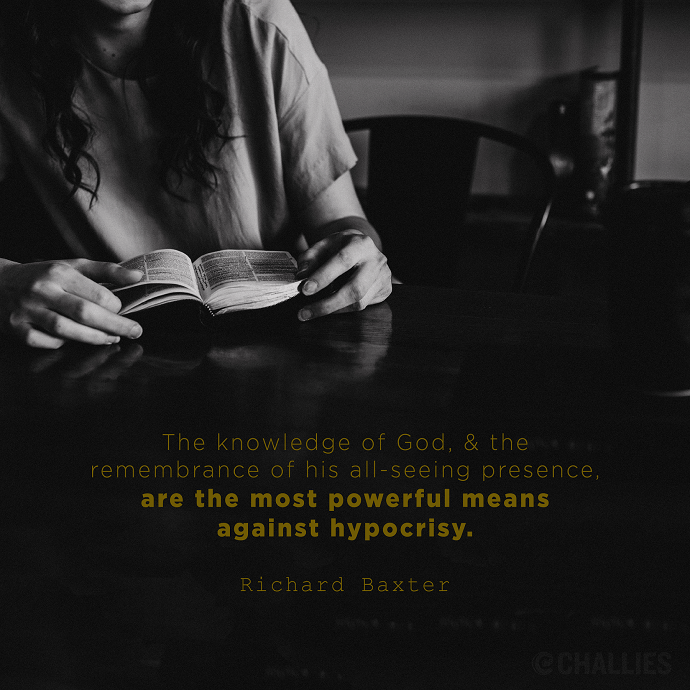 The knowledge of God, and the remembrance of his all-seeing presence, are the most powerful means against hypocrisy. —Richard Baxter