May the Lord bless and keep you this weekend as you serve him and delight in him.

As usual, there are some Kindle deals to look at.

(Yesterday on the blog: If You Could Go Back To Any Moment In Time…)

Even To Old Age and Gray Hairs

William Farley shares some thoughts on grandparenting. “Today’s influential grandparent recognizes that they face challenges previous generations did not. Old age is not respected, families are shrinking, and the desire to flee to permanent vacation tempts those with the resources.”

The Preaching Class with John Piper

“John Piper—co-founder of Desiring God, former preaching pastor at Bethlehem Baptist Church, and author of The Supremacy of God in Preaching and Expository Exultation: Christian Preaching as Worship—has recorded 19 mini-lectures on preaching (about 10 minutes each, for a total of about four hours). This is then followed by a two-and-a-half hour workshop where Piper is joined by three younger local preaching pastors to talk through various issues.”

Inviting Afghan Refugees Over for Dinner

While Afghan refugees are on so many minds, this may be a good time to read about ways to extend hospitality to people from the Middle East and Central Asia. “Statistically, most of these refugees will never be invited into a Westerner’s home for tea, dinner, or for a holiday. Imagine the powerful kindness, then, felt by a new refugee family who experiences an exception and is welcomed into your home – and the format of the evening is even somewhat familiar for them.”

“A cardinal rule in biology is that the body cells and reproductive cells are separate in higher organisms.
This is called the Weismann barrier, after famous German evolutionist August Weismann who discovered it. It was he who first realized the difference between the reproductive cells and the body cells in higher organisms.” In this article (and video) Robert Carter explains how the barrier has been breached and what it means.

Do You Believe in Magic? Magic for Americans

Janie B. Cheaney: “Gardening is more than sweet resignation, though. It’s the creation mandate at ground level while rejoicing in (and struggling with) sun, soil, wind, and rain. It’s the wonder of a tiny, mighty seed and being front-row witnesses to our God’s prodigal abundance.”

Give Me Nineteen Men

“Where are we in missions to the Muslim world on this twentieth anniversary of 9/11? If we look only at surface realities, we may easily lose hope.” Mack Stiles tells us why we need not and must not lose hope.

Flashback: The Greatest Burden of Leadership

The burden of responsibility is light compared to the burden of insufficiency, inability, or just plain failure. 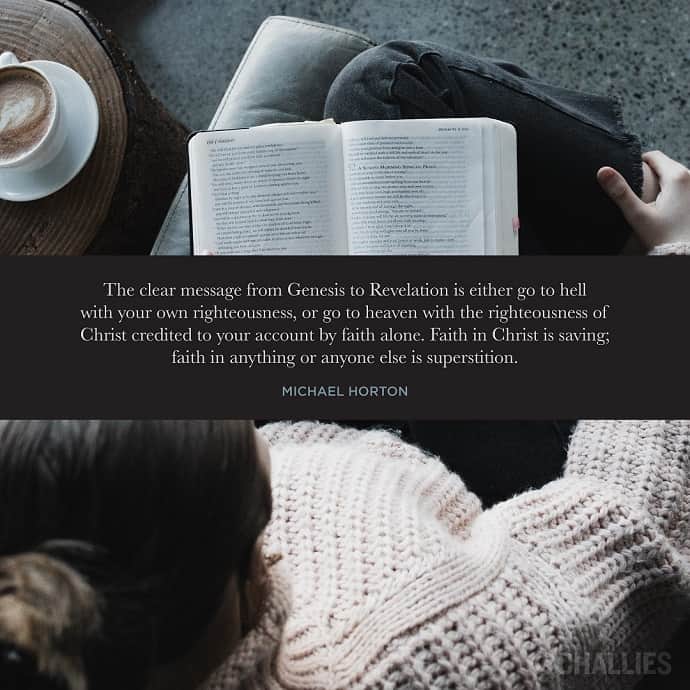 The clear message from Genesis to Revelation is either go to hell with your own righteousness, or go to heaven with the righteousness of Christ credited to your account by faith alone. Faith in Christ is saving; faith in anything or anyone else is superstition. —Michael Horton