A recent article intrigued me with its assertion that it is better to understand Bitcoin as gambling than investment: “An asset that never pays a dividend but has a price that keeps rising is a bubble. An investor can believe Bitcoin is a bubble and rationally invest so long as she expects to sell out before the bubble pops. But that isn’t investing; that’s gambling, and it’s a zero-sum game.” Being largely unfamiliar with Bitcoin and cryptocurrencies, I wanted to think this matter through. I know a number of believers who are enthusiastic about Bitcoin and blockchain, not just as it pertains to personal finances but also as it may serve ministry purposes. What follows is an article these men wrote that makes a basic Christian case for Bitcoin and the blockchain technology behind it. It provides an alternate perspective for those of us just beginning to think this through. I hope you find it helpful.

As Christians, we are responsible before God to approach every area of our lives as an opportunity to glorify His name, advance His Kingdom, and steward His creation. It shouldn’t surprise us that many believers approach the financial and investment world with a healthy dose of skepticism. After all, Wall Street does very little to improve on its reputation as a place where all moral standards are eclipsed by pure greed.

So when we venture one step further, into the uncharted territories of cryptocurrencies and blockchain technology, the landscape appears even more extreme. Many believers see a culture of wild betting and extreme risk that seems at odds with scriptural calls to contentment, wisdom, and financial prudence. But shouldn’t we of all people ought to know not to judge by outward appearances? And if volatile prices and risk of loss are going to deter us, well we might as well just keep our money in a hole instead of investing at all (Matthew 25:14-30). But in Jesus’ parable it wasn’t the servant who played it safe in his stewardship who received a commendation.

Faith is a necessary part of everything the Christian undertakes. We shouldn’t expect it to be any different when it comes to our finances. Instead, the wise steward evaluates risk and reward with clear eyes. The wise steward seeks for opportunities to make better returns on his Master’s resources. So what does the world of Bitcoin, blockchain, cryptocurrency and what’s being called “web3 technology” have to offer the church? And how should Christians be engaging with this technological revolution? 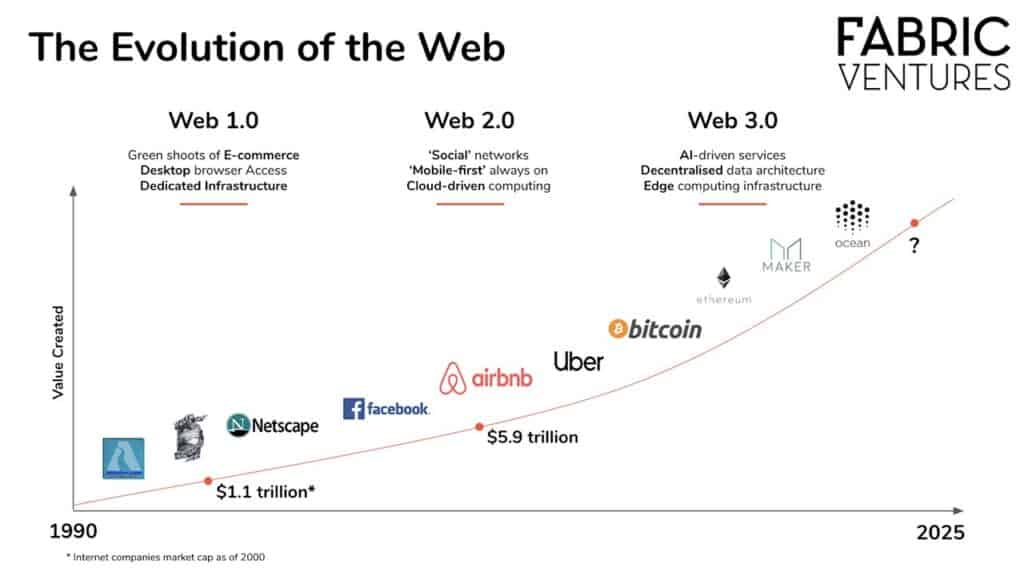 In just over a decade, crypto has grown from a tiny fad for fringe computer nerds to a major force in today’s financial world. That’s because blockchain, the underlying technology that is used by cryptocurrencies, has the potential to prove one of the most profound innovations since the printing press.

Already we are seeing blockchains enable a huge variety of different communities to spring up, cooperate, and build something new without the gatekeepers or infrastructure that would have been essential in the past. Blockchain technology addresses some of the most urgent concerns with modern monetary policy and in that way promises to help protect the poor and most vulnerable by securing property rights, thwarting theft, minimizing inflation, and giving access to a monetary system that traditional banks or financial institutions would not. It is true, however, that many of these projects will turn out to be ill-fated moneymaking schemes, silly memes, or worse. But that is true in the business world and the world of the internet as well. The existence of bad actors does not mean that wise investments and godly creativity cannot occur in the same space, using the same technologies.

Though sin may find expression through tools, its source is the human heart. Human history proves again and again that the technologies that may be used to do evil can also be used for godly ends. As Christians, therefore, our approach to technology must not be fearful but hopeful, because we have been given the mandate to subdue and rule over the world for God’s glory (Genesis 1:26–28). New technologies, then, simply provide the industrious Christian with opportunities to see if new tools can be used for that sacred task.

We’ve Seen This Before

One of the best historical examples we have for this hopeful attitude is the technological explosion that God used to propel the theology of the Reformers throughout their world. The innovations of the printing press, distribution networks created by a financialized economy, and the creation of a public forum for the debate of ideas all allowed Martin Luther’s theological contentions to become more than the disgruntled opinions of a fringe academic.

Luther himself realized the opportunity and maximized his access to these new technologies. Although many predicted the problems that could arise from opening the flood gates of information to the general population, Luther knew that the same freedom afforded by these technologies could also be the means of amplifying the message of the Gospel. While chaos and trouble did indeed ensue, so did a movement that God used to purify and advance His Church.

Web3 & The Future of the Church

The Church stands at the beginning of what may prove to be a similar technological revolution as the web3 world continues to mature. Not only do cryptocurrencies provide sound, permissionless monetary systems able to be used by believers in repressive countries, they also provide an accessible and proven engine for financial creation that stands to benefit the Church and the individual believer.

Some critics call crypto a “casino” for “price speculation,” but such detractors may fail to recognize that their criticism can apply equally to the Christian holding mutual funds in their company 401(k) or that with the rise of inflation and the weakening of a dollar’s purchasing power, we are in a significantly different place than we were in times past. We are in the early days of crypto, and with the newness comes a greater level of volatility and speculation, yet also a greater level of opportunity. We are, of course, wise to exercise wisdom and caution. But if we are morally comfortable with the concept of putting funds at risk to grow their value over time, then we must be careful not to dismiss opportunities simply because they involve new risks.

The web3 space offers increasing ways to wisely and carefully invest, with decentralized finance staking rewards and interest-bearing custodial accounts incentivizing and rewarding patience. For every dog-themed meme coin there are now tens or hundreds of carefully created projects with actual real-world value.

To participate in the present web3 economy, Christians need not become discontented or greedy. They can walk in this new world the way we have always walked, by applying the same biblical wisdom and Spirit-filled guidance that lead us in every other area of their life, financial or otherwise.

But perhaps the most compelling reason for Christians to be involved in this space is that the last ten years have proven that crypto is not likely to go away. And current events are showing it will play an increasing role in our future. Just as the Body of Christ has historically embraced the advent of new technologies and chosen to use them for good while wisely avoiding their dangers, so we are faced with that choice today.

Web3 as an investment vehicle or a mode of currency transfer is only the beginning. Already we are seeing decentralized organizations, backed by tokenized resources and supported by geographically scattered networks, show themselves as a real possibility. Non-fungible tokens (NFTs) will open new doors for Christian art and mutually supporting economies. Churches are recognizing that good stewardship will soon require them to integrate crypto assets into their financial plan.

Additionally, the blockchain minimizes costly transfer, banking, and credit card processing fees which currently take a bite out of almost all financial donations and transactions. It allows resources to move freely to aid Great Commission (Matthew 28:16-20) ministries, churches, and missionaries inside countries that suppress the church by restricting currency transfers. This allows for censorship-resistant and cost effective transfers of funding to Christians in situations where they need to be supported, but without attracting state attention. And we are certain there are far more possibilities that we have not yet considered and not yet imagined.

While crypto is in its early days, now is the time for Christians to carefully explore and experiment with the possibilities, for the advance of the gospel, for the good of others, and for the glory of God. We are convinced that Christians will all soon agree that crypto is not a curse to be feared, but a blessing to rejoice in, fully under the control of the One who has overcome the world.

Pr0ph3t writes about the intersection of Christianity and crypto on Twitter and Substack at Theofuturism.

Stephen McCaskell is a filmmaker and Web3 enthusiast. He purchased his first bitcoin in 2013, unfortunately he hadn’t yet learned the principle of hodl. He resides with his wife and four sons in Orlando, Florida.

Reagan Rose is the founder of Redeeming Productivity, a ministry which explores personal productivity and technology from a biblical worldview for the glory of God. He lives with his wife and two children in Detroit, Michigan.