I’ve probably already mentioned this, but if not, you can get 50%-70% off ESVs at Westminster Books. That’s quite a deal!

Today’s Kindle deals include quite a number of top-quality Christmas-themed books.

(Yesterday on the blog: The Beauty of Banff)

Stephen McAlpine writes about a recent news story. “Elliot Page has presented to the world, and Ellen Page is no more. And history must reflect this new reality. In the same way that statues to the past – a brutal past – were torn down this year, ready for history to be rewritten, the likes of Wikipedia were pronto onto the news.”

Here’s How That Annoying Fly Dodges Your Swatter (Video)

What remarkable creatures. (Just ignore that bit about how they evolved…)

Is It Wise to Sing Christmas Carols in Church This Year?

I know a lot of people in a lot of countries are hearing a lot of different things about the dangers (or non-dangers) of singing during COVID, and thus considering singing as either going against recommendations or as an act of civil disobedience. I appreciated when the government of Ontario said, forthrightly, that the data is “incomplete and contradictory.” Either way, this article attempts to dig through the data and come to some conclusions.

“In the ongoing debates about the reliability of early Christian manuscripts, and whether they have been transmitted with fidelity, it is often claimed that early Christian scribes were amateurs, unprofessional, and some probably couldn’t even read.” Michael Kruger takes issue with that.

What Explains the Left’s Hostility to Religious Liberty? It’s All About the Sexual Revolution

Al Mohler: “Why is the Left so hostile to religious liberty? One event or decision can reveal much about our cultural moment—like a flashpoint, occurrences cast a bright light on what was previously unseen.”

Heidi Tai: “For the longest time, I assumed that the mysterious mark on my mother’s arm was merely a birthmark—a boring story. I had no idea it was sketched from life-saving courage. I learned of the car crash as a young teenager and found it hard to believe. I knew that my mother was beautiful, but I never considered her to be brave.”

The Anchor of the Unchangeable

“Though the winds of change blow around us, and though our affections for Christ ebb and flow, we find a resting place to which we return in the truth that Jesus is ‘the same yesterday, today, and forever’ (Heb. 13:8). The same Jesus who calmed the winds and the waves with a word is the same Jesus who today can calm our troubled hearts with a word (Luke 8:24).”

…the sure path to ruining Christmas is to make it an obligatory holiday or a mark of Christian maturity. Celebrating it because we believe we must or because we believe it merits some kind of favor with God is to replace gospel with law and freedom with captivity. 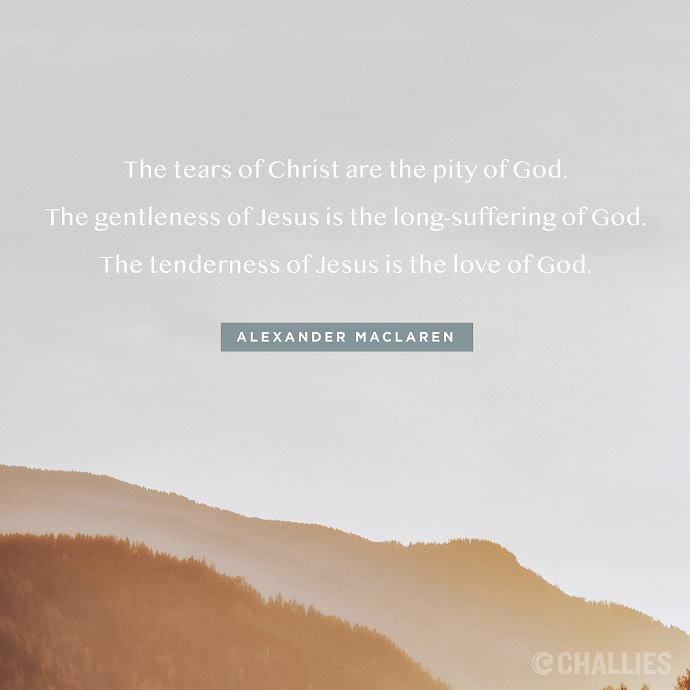