After many of these family updates in which I’ve had to report, “not much has changed” I can finally say, “lots has changed.” As of today my region (Halton Region) has entered stage two of Ontario’s reopening plan. While most stores have already been allowed to open, stage 2 now permits malls, attractions, recreation facilities, restaurant patios, barbers, and so on. This is good news, though it will also begin to show how many businesses have not been able to endure the past three months of shutdown. And not many restaurants can thrive, or even survive, from only a patio. Still, it is something, and at the very least it shows the progress Ontario is making.

Just after my previous update on June 5, we got the surprising news that places of worship had been given the go-ahead to re-commence services for prayer and worship. This was especially encouraging because churches were the only context in which larger groups were allowed to meet (though weddings and funerals were subsequently added as well). While in most of life we are allowed groups of no more than 10 people, churches are permitted to have up to 30% of building capacity. Grace Fellowship Church meets in a primary school gym and 30% of our capacity is 139 people. However, we must maintain full social distancing, which means six feet of space between each household group. With that restriction we can fit no more than 80.

Last Sunday we had our first in-person service after 14 weeks apart. We were given strict guidelines from the local government (and slightly laxer guidelines from the provincial government) and did our best to apply and follow the letter and spirit of them. This means we had to maintain six feet between all households at all times, from the moment we drove in to the parking lot to the moment we drove back out. We had to put a lot of thought into abiding by guidelines that featured phrases like “we recommend” or “churches should not.” Such phrases applied to Lord’s Supper, singing, and other elements of Christian worship. In general we chose to abide by the strict interpretation of the recommendations as we await further clarifications from government and further information from our insurer. Even with all those measures in place, it was a great joy to be back together as a church. While the service was small (only about 20% of our people indicated interest in returning on week one) it was a blessing to be part of it, and I expect to see the numbers rebound steadily.

On the family front, things haven’t changed nearly as much. My younger daughter has a few projects to do, but there really aren’t a ton of options right now to keep 14-year-olds busy. The two older kids continue to work their shifts at the nearby grocery store while beginning to look forward to heading to Louisville in mid-August. Aileen and I are trying to figure out how we will get them there if the US-Canada border remains closed beyond the current deadline of July 21. It’s actually possible that we may have to send my daughter to her freshman year alone since students are considered essential (and so can cross the border) while their parents are not. While she would do just fine, I’m sure, Aileen and I would be rather broke up about that. Boyce College has a sweet ceremony for sending off students and I’d be grieved to miss it. That’s something we are praying about a lot.

What else? I’m still spending two days out of every week plugging away at a new book, due for publication near the end of 2021. With my hands still in terrible condition, I can handle only 2-3 hours of typing per day, so it moves slowly. I’m still hoping to get to Norway for a conference in October. I’m still really hoping to get to New Zealand and Australia in December, though it’s basically impossible to predict anything that far away with any kind of confidence. I’ve also got a fun, “secret” project that I hope to unveil in the fall.

Finally, I wonder if you’ve experienced this odd, new phenomenon where you are watching a movie or TV show and find yourself quietly judging people there for failing to social distance. Or even if you don’t judge them, you find yourself noticing how close they stand, how much they touch one another, how many pack into a single little elevator, how they stroll through the corridors of hospitals without as much as a mask over their faces. It is amazing how quickly we have created a new set of manners and adapted to a whole new set of social courtesies. I can’t help but wonder how long it will be before we return to the old, better, and more humanizing way of doing things. I hope it’s soon.

I trust you and yours continue to do well and continue to enjoy the rich blessings of our kind and gracious God. 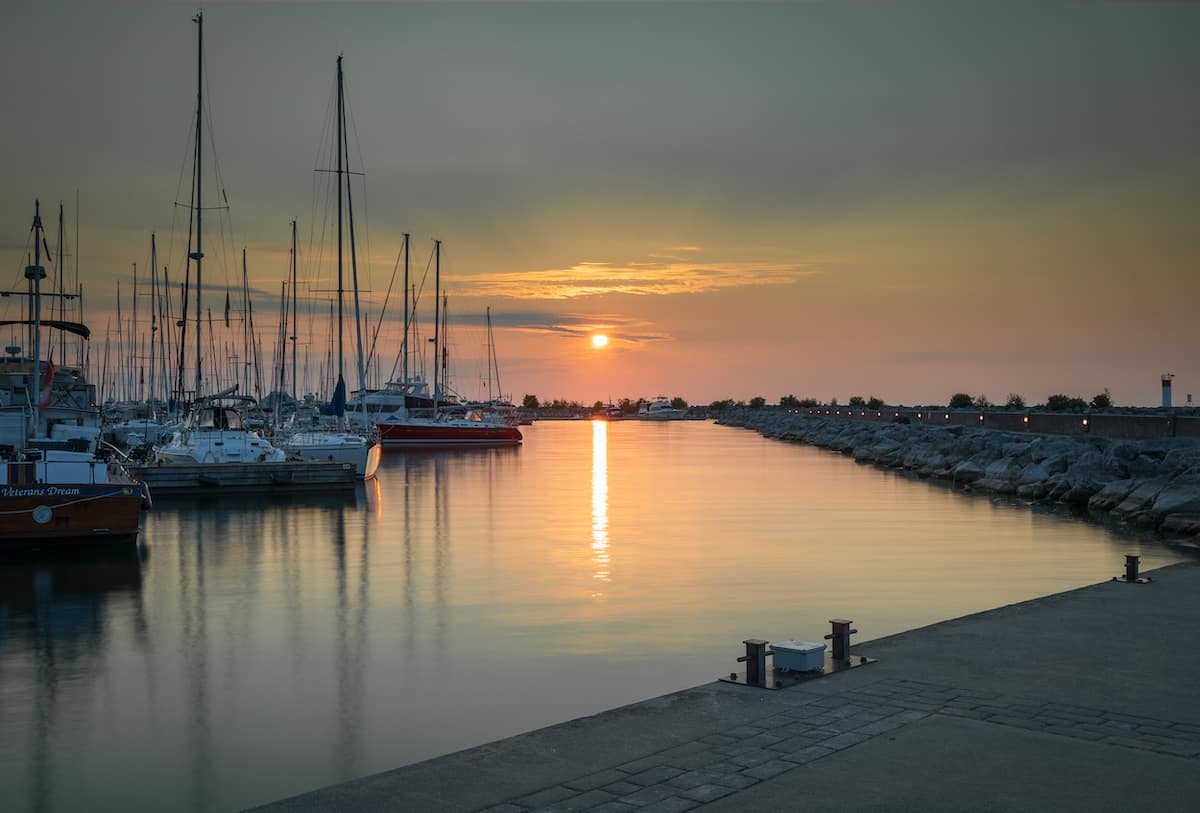 Here’s a photo I snapped early one morning at Oakville’s Bronte Harbour.