Over the past few weeks it has been interesting to see how different jurisdictions in Canada and elsewhere in the world have created and released guidelines for worship services during a pandemic. And then it has been interesting to see how different churches interpret those guidelines. Here in Ontario, we were given broad guidelines from the province that were to then be explained and enhanced by more specific versions from the various regions. But since all of these documents were created by governments—and governments obviously busy with many other concerns—it came as no surprise that they were often unclear and contradictory. So we have all been left appealing for greater clarity, asking for legal interpretations, and even consulting with insurance companies.

Most churches in this area have begun to worship according to their best interpretation of the rules and the clearest responses from their local health officials. For Grace Fellowship Church, that means we have to follow the full social-distancing rules when on the property. Additionally, we cannot have any singing and cannot have any social events before or after the services. We are awaiting greater clarity and hopefully a relaxation of rules in the near future. For now, though, we have now worshipped together as a church three times and switched from recording a service on Fridays to live-streaming the service on Sundays. We’ve seen a modest response with perhaps 30 percent of our people returning. Summer officially began this week, and with people taking vacations and entering into summer schedules, I don’t expect we will see anything close to full participation for quite some time.

On the family front, we continue to do well. Both my girls graduated last week through online, pre-recorded ceremonies—one from eighth grade and the other from twelfth. In both cases we were impressed with what their schools did for the grads given the hand they were dealt. The ceremony still lacked the thrill of walking across a stage to receive a diploma and the joy of being together with friends, but I guess it was as special as it could be under the circumstances. Thankfully restaurant patios opened just on time, so I was able to take each of my girls out for dinner to celebrate with them (separately, of course, since they are, after all, sisters). After all these years, we are now fully and finally done with primary school. With my middlest kid joining the oldest at Boyce College in August, the youngest has just four years of high school left before we leave that phase behind at last.

Here’s something kind of random: Is anyone else getting excited about the new product announcements Canon is set to make this month? As an avid (though amateur) photographer fully committed to Canon products, this is exciting stuff. I’ve never owned a true long lens, so am hoping (against hope, no doubt) that the 100-500mm RF will somehow prove affordable. And while the EOS R5 seems like it won’t offer any great benefits to those of us who don’t shoot much video, the R6 may be intriguing. If I sell a bunch of my old lenses, I might just be able to scrape together enough to make it happen.

In other news, we have all been impacted by the coronavirus pandemic in different ways. Each of us has experienced some measure of disruption to our lives and to our “normal.” One way of illustrating this in my life is through maps. Over the past few years I have traveled a lot. Much of it was related to my Epic project and much to speaking opportunities. But then I also made a couple of long journeys to visit missionaries, a number to visit my family (all of whom live in the States), and a few to making good use of all the travel miles I earned along the way. Since I geekily and fastidiously track all my flights, it’s simple enough to generate a map. 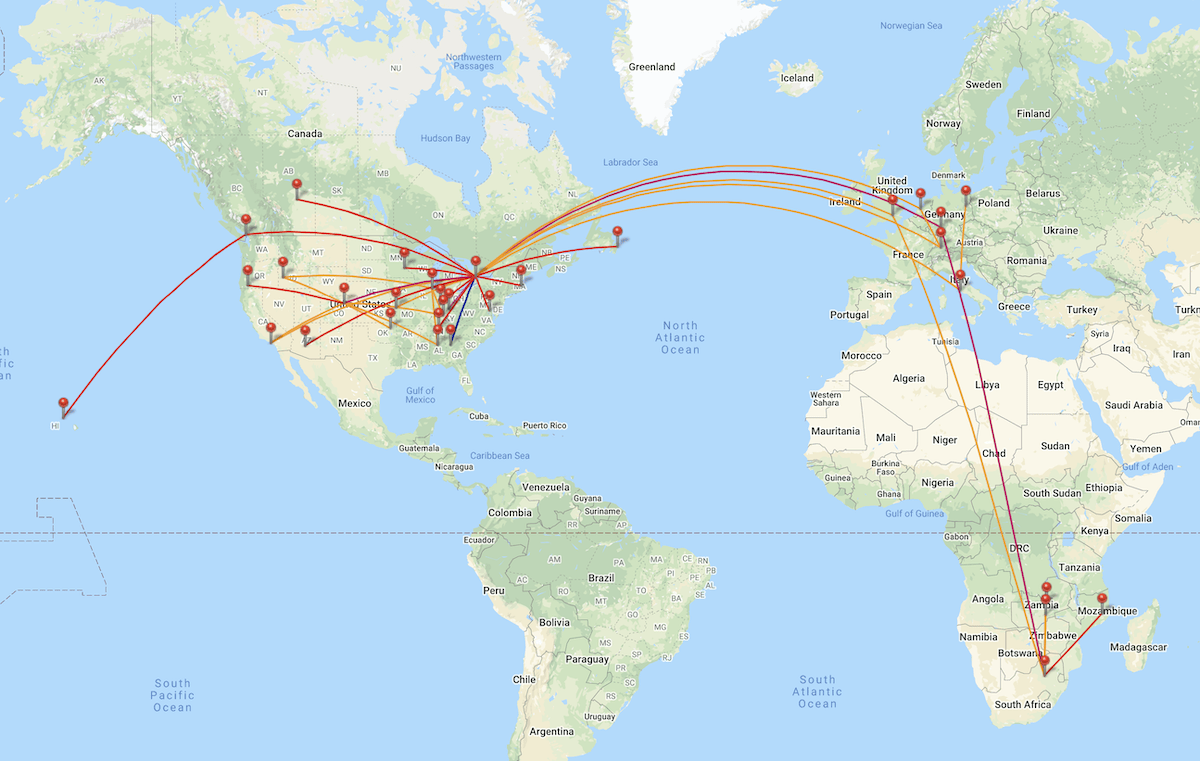 That’s quite a contrast to 2020 which currently looks like this: 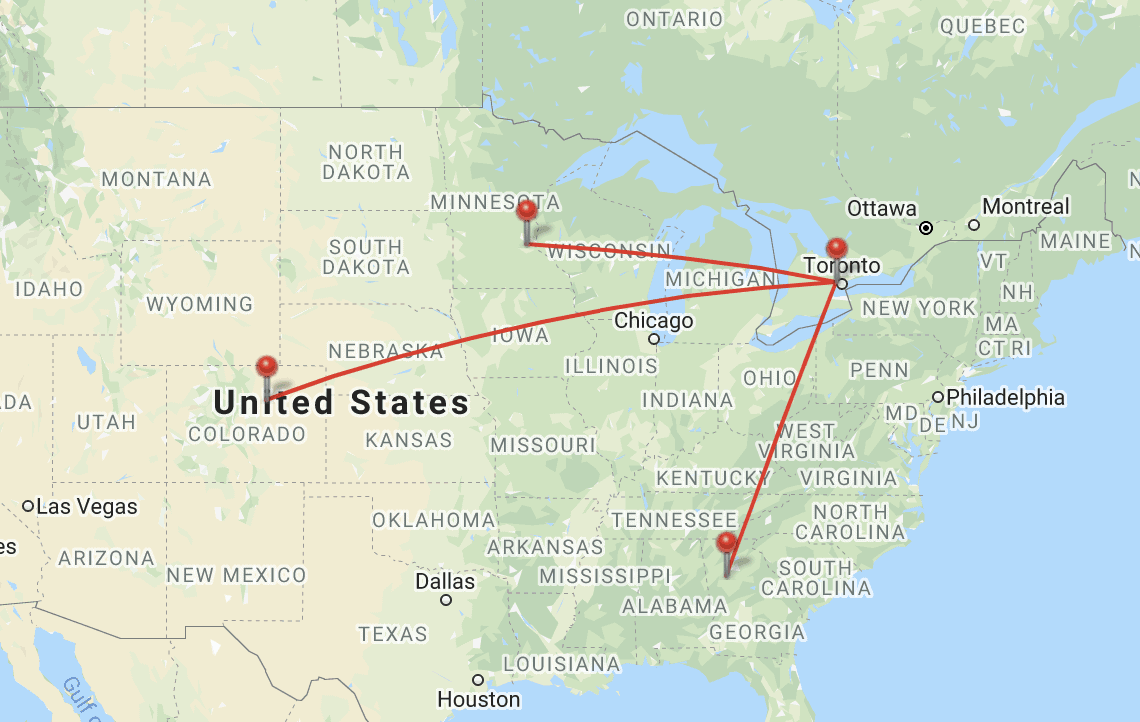 While granting that I’m theoretically still scheduled to do a bit of flying before the year ends, it will still be minimal compared to previous years. And though this has marked a seismic change in my life, it is one I am quite enjoying, as I’m sure I’ve said in previous updates. After three months, I think I am just beginning to hit my stride in this life of all-out blogging and book-writing. Perhaps that’s how long it takes for an old normal to become a new normal. Though I do intend to start up travel again as I’m able, I anticipate doing less of it in the future. I am becoming increasingly convinced that the bigger calling on my life is not traveler, but writer. But don’t hold me to that, especially as countries begin to re-open their borders and to extend invitations for Canadians to come back in…