Not many of us get to die the way we wished. But my dad did. A man of the earth, he had a great passion for plants, a love for flowers and trees and all manner of flora. He saw the beauty in each of them, the unique promise every one held to make this world just a little brighter, a little more beautiful. He committed the best part of his life to gardening, and though he was gifted at design—at analyzing what a space was and imagining what it could be—he especially loved the work itself. “Dad, you’re 70,” we would tell him. “You’ve got to stop working so hard.” But work was what he knew and work was what he loved. He told us he would be content to die if only he could die with dirt on his hands.

In the hours after his death, my sister sent me a photo of his hands—his Working Man Hands. And, sure enough, they were stained with dark, Georgia mud. He had spent the better part of the day laying floors in the apartment he and my mother were about to move into—a bright little walk-out in the basement of my sister’s house. And then, before he headed home for the day, he paused to plant some tulip bulbs in her front yard. He had envisioned the spot where a splash of color would brighten the garden when winter at last gave way to spring. And it was there, and it was then, that it happened. He died by a garden. He died with dirt on his hands.

I rushed down to be with my family—a flight from Toronto to Atlanta, and a drive from Atlanta to Dalton. When I finally arrived I was asked if I would like to go to the hospital to view his body, to see him one last time. I opted not to. I opted not to because I don’t care to have my final memory of my father to be there and to be that. I’ve got another memory I want to hold on to.

A few months before dad died, he reached his seventieth birthday, and my sisters threw him a party. Many of his favorite people were waiting to surprise him and to celebrate the occasion. But I wasn’t one of them. Not yet. Flight schedules and Atlanta traffic meant that I would be late. But when I did arrive—this is my memory: He spotted me from across the yard, his face lit up, and he gasped my name in surprise and delight. Now, I realized, his surprise was complete. Now his party was complete. He was a father delighted to see his son. And I’m happy to hold on to that memory, at least until the time we can get back to making new memories together.

I believe—I believe today more than ever—that there is life beyond death. I believe that my father has not ceased to be. Rather, his soul has simply left his body for a time. As the Sage once said, “The dust returns to the earth as it was, and the spirit returns to God who gave it.” Though his body is now empty and decaying, his soul is being carefully kept by God himself—the God who gave him life and then, through the gospel of Jesus Christ, gave him new life.

That gospel, that good news, promises a day will come when all will be renewed and all will be made right. Souls will be reunited with bodies and relationships separated by death will be restored. There will be a new heaven and a new earth—a new earth that, like this one, will need to be cared for. And though I don’t know exactly how things will work there, I’m pretty sure I know just where I’ll be able to track down my dad. I expect I’ll find him in a garden somewhere, surrounded by flowers, sleeves rolled up, and, sure enough, dirt on his hands.

John Beaumont Challies was born on June 3, 1949 in Montreal, Quebec, the son of The Honorable George S. Challies and Ethel Beaumont. He earned a B.A. in philosophy at Bishop’s University. During his final year there he came to faith in Christ through his good friend, Don Lewis. He then earned two further degrees—a B.Ed from Queen’s University and an M.Div from The Theological College of the Canadian Reformed Churches.

Despite his degrees, John’s greatest love was working in the soil. “Subduing the earth” was his delight. Although he spent much of his life creating beautiful gardens, his interests were many and varied. His favorite pastimes were cooking, ethnography, reading widely, and recreational gardening. He loved wordplay and had a great sense of humor.

We—his wife, children, and grandchildren—will miss him greatly. He taught and led us well in the ways of Christ.

We are now separated, but only for a time. 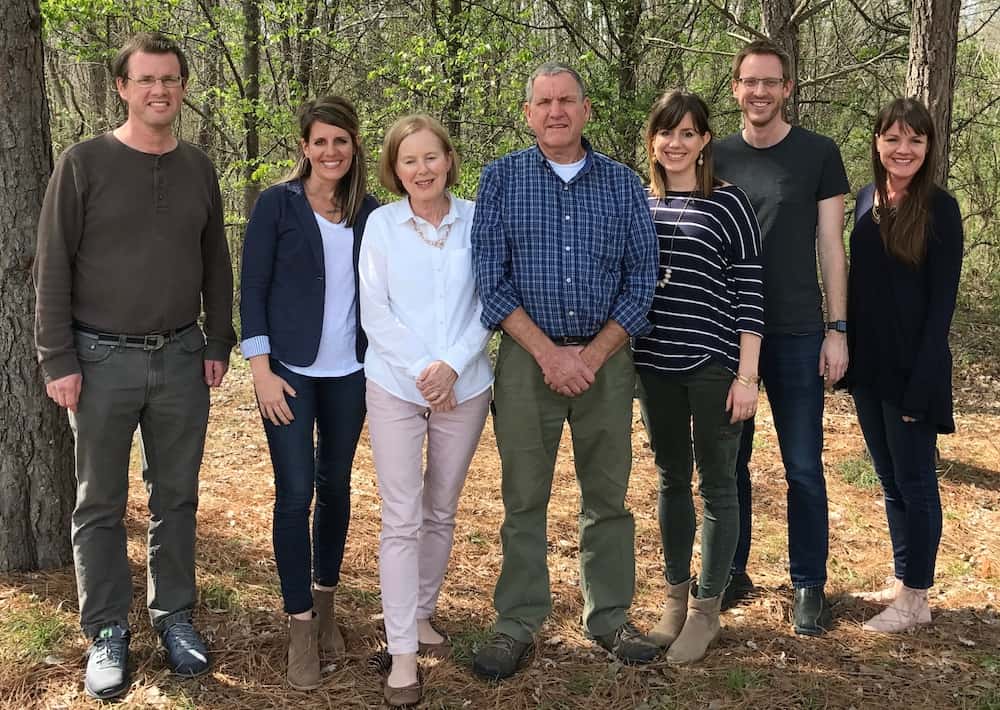