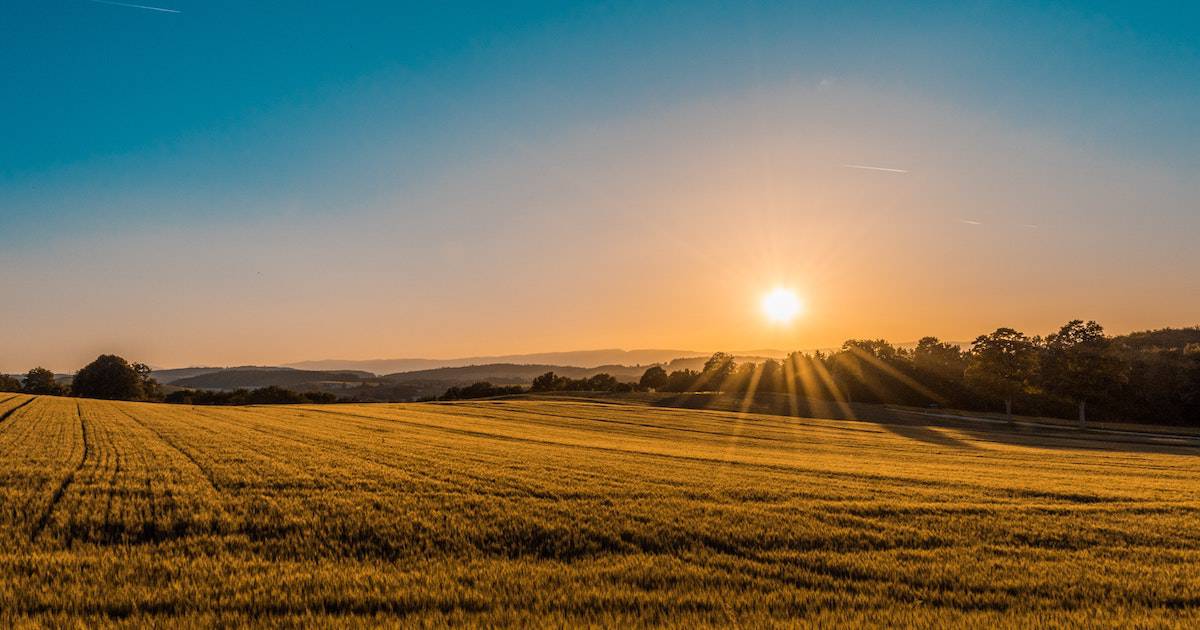 Bounded by a lake on its southern side, the city of Toronto and the suburbs that surround it are being steadily pushed to the east, west, and north. In these regions, developers are buying great stretches of farmland and converting them into dense neighborhoods. With hundreds of thousands of people arriving in Canada each year through immigration, and with hundreds of thousands more being born here, the demand for housing is insatiable and the city is expanding outward like a slow-moving tsunami.

Yet if you push outside the bounds of the city and drive past the new suburbs, it still does not take long to come to farmland. And at this time of year the farmers have just finished sowing their seeds. Some of the early crops went into the ground in the opening days of the month, but it’s in the later weeks of May—weeks when it becomes less likely that nighttimes will bring frost—that most crops can be safely sown.

If you were to trace the life cycle of a single plant, you would see that it is planted in May, that it pushes above the ground in the warming days of spring, and that it reaches maturity in the summer. When the farmer determines that it is fully ripe, he harvests it and ships it to a nearby grocery story or farmer’s market where it is sold as fresh local produce.

At that market a shopper—perhaps a clerk at a clothing store downtown—, adds it to her cart, takes it home, and serves it for dinner. Her husband, who works at the nearby automotive plant eats that same meal, as do their school-aged children. The meal feeds and sustains them for another day, providing the nourishment and strength they need to carry out their tasks. And thus, in a roundabout way, the farmer plays a quiet but key role in that clothing store, in that car plant, and in that school.

Pastors are often compared to farmers and for good reason. For in much the same way, the pastor plays a quiet but key role in the lives of the people of his church. He labors in his office throughout the week, prayerfully studying the Bible, carefully planning a worship service, and diligently preparing a sermon. Then, when Sunday finally arrives, the church gathers to sing and to pray together, to read the Scriptures and to celebrate the ordinances. The pinnacle of the service is the preaching of the Word in which the pastor exposits a passage and applies it to the daily lives of the people. The congregation listens carefully, searching the Bible to ensure all of these things are true, and considering how they can take those truths and live them out day by day. By the time they hear the final “amen” and shake the final hand on the way out the door, they are equipped and energized for another week of life in a difficult and hostile world.

In this way the pastor, like the farmer, is in the business of feeding people as they go about their lives and fulfill their vocations. The people come to church each week weary and hungry, eager to be fed. And it is the task of the pastor to meet their need for spiritual sustenance, to equip them for their God-given duties, to feed them good food. It is his privilege to fill them up and send them out full and satisfied.

And so the calling upon pastors is to feed their people. What will truly energize them for another week in this world is not entertainment and not platitudes, not feel-good phrases and not motivational speeches. What will truly meet their spiritual hunger is the spiritual food of the Word. They need to be fed from the Word and this is the pastor’s responsibility, the pastor’s task, the pastor’s privilege.

And church members, the calling upon you is to be fed, to diligently attend the services and to attentively listen so you can receive the good food the pastor has prepared for you. Then, having been filled with such nourishment, you can go beyond the walls of the church to carry out your God-given tasks—the sacred tasks of fulfilling your vocation, loving the people around you, and telling the world about Jesus. You can go full, fed, satisfied, and energized to do all God has called you to do.