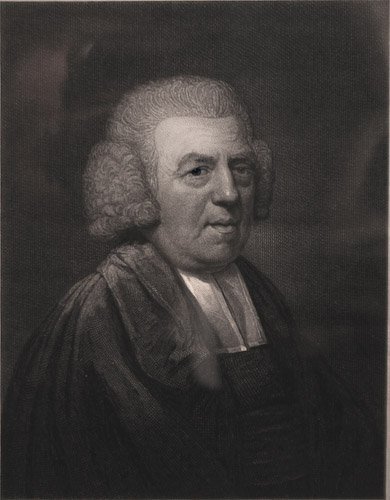 John Newton has made regular appearances on this blog. Over the years I have posted a number of quotes and hymns by him. A few years ago I reviewed Jonathan Aitken’s biography of Newton and provided a short summary of his life and legacy. And most recently I mentioned his influential role in the life of William Cowper and their collaborative hymn writing work.

Since the focus of this series is hymn writing, perhaps we could say a little more about how Newton came to write hymns and what about them made them so influential.

When John Newton was ordained a curate of Olney Parish in Buckinghamshire, England, after a hard past of working as a sailor and slave trader, he gave particular attention to ministering to the people in ways that went above and beyond the weekly worship service. He began arranging spiritual gatherings during the week: one on Thursday afternoons for children, where he would explain the Scriptures to them “in their own little way,” and one in the evenings for adults to allow for extemporaneous prayer and teaching.

For these meetings Newton began to compose little bits of verse to be sung, probably as a way to summarize and impress the Scripture lessons on the minds and hearts of his congregants. Regarding his composition of these hymns, Benson writes

Newton was not a poet and did not pretend to be one. . . . He was writing for plain people, and made his hymns so simple that these could follow and understand. In all this he took his cue from Dr. Watts. Newton had a ready pen, some imagination, deep feeling, a knowledge of Scripture, and an urgent motive.

Eventually Newton composed over 200 of these hymns and combined them with 68 more from his friend William Cowper to publish Olney Hymns. The book became quite popular in England and America as it captured the spirit and theology of the Evangelical revival that was happening in those days through the ministries of George Whitefield, the Wesleys, and many others.

The hymn “How Sweet the Name of Jesus Sounds” was published in Olney Hymns under the title “The Name of Jesus.” It was based on Song of Solomon 1:3: “Your anointing oils are fragrant; your name is oil poured out; therefore virgins love you.”

How sweet the Name of Jesus sounds
In a believer’s ear!
It soothes his sorrows, heals his wounds,
And drives away his fear.

It makes the wounded spirit whole,
And calms the troubled breast;
’Tis manna to the hungry soul,
And to the weary, rest.

Dear Name, the Rock on which I build,
My Shield and Hiding Place,
My never failing treasury, filled
With boundless stores of grace!

By Thee my prayers acceptance gain,
Although with sin defiled;
Satan accuses me in vain,
And I am owned a child.

Jesus! my Shepherd, Husband, Friend,
O Prophet, Priest and King,
My Lord, my Life, my Way, my End,
Accept the praise I bring.

Weak is the effort of my heart,
And cold my warmest thought;
But when I see Thee as Thou art,
I’ll praise Thee as I ought.

Till then I would Thy love proclaim
With every fleeting breath,
And may the music of Thy Name
Refresh my soul in death!

A recent recording of the hymn is available from Indelible Grace (featuring Matthew Perryman Jones).