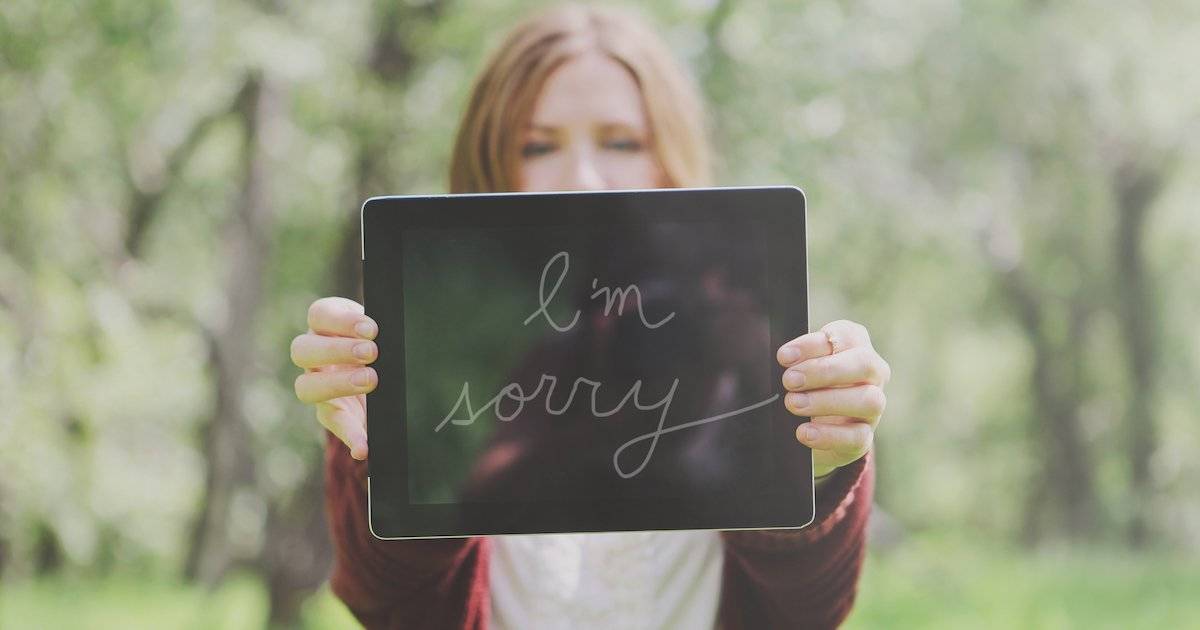 A long time ago a friend really did offend me. He hurt me badly, actually. In the aftermath he did the right thing. I spoke to him and expressed how his behavior had hurt me, and he apologized. And that should have been enough, right?

But this is the one offense in my life I found it difficult to move past. And I mean that—for many years this offense existed in its own category in my life. It was the one wound that was so slow to heal. And I sometimes wondered why. Why was this one so hard to let go? Why did I still bear the weight of it, even much later on?

As I thought about it and as I prayed about it, I came to see that somewhere along the way I had decided that my friend was not sorry enough. My memories of the moment told me that he was not contrite enough. His assessment of his actions never quite seemed to measure up to my own. At least, that was my perception of the matter. What grieved me merely bothered him. That was how I perceived it and that is how it sat heavy on my heart.

It took me a long time to see that I was expecting too much. I was expecting the wrong thing. My friend expressed remorse and asked forgiveness, just like he should have. There were no amends he could make and no further actions he could take to make things right—that was not the nature of this offense. So he moved on. We remained friends.

But sometimes that old hurt would creep up. Sometimes I would find myself hurt all over again by that old offense. And I came to see that I wanted to measure his response by his sorrow. I wanted to see him grovel a little, as if this would prove his remorse. I wanted to see him shed a few tears for his offense against me. I wanted him to look and act sorry enough to satisfy my wounded ego. I had judged his apology sincere but insufficient, well-intentioned but trite.

I had to see that no one can ever be sorry enough. No one can ever be contrite enough. Not him, and not me. The same freedom I enjoy from the Lord—the freedom to ask forgiveness and then immediately enjoy the promise of that forgiveness—that is the very same freedom I was denying him. God doesn’t make me grovel. God doesn’t make me come back again and again to beg forgiveness for that very same sin. God sees the heart, he sees my remorse over my sin, and he forgives to such a degree that I can have absolute confidence in his forgiveness. If God were to grant me forgiveness only when my sincerity was sufficient, only when I properly understood the depth of the offense, and only when I expressed a fitting degree of remorse, I fear that few of my sins would be forgiven.