Nicholas Paul Challies was born at Hamilton’s McMaster Hospital on March 5, 2000. He was a trailblazer of sorts: The first child to Tim and Aileen; the first grandchild to Mike, Marg, John, and Barbara; the first nephew to Andrew, Maryanne, Emily, Susanna, and Grace. 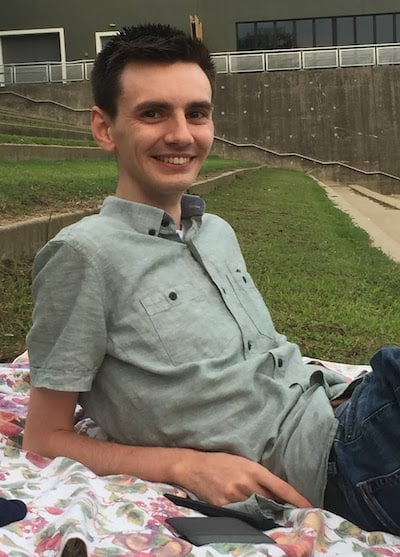 When Nick was just a few months old his family settled in Oakville where they were joined by Abby in 2002 and Michaela in 2006. Nick attended Falgarwood Public School, then Munn’s Public School, and finally Iroquois Ridge High School. A quiet and pensive boy, he liked to maintain a small group of friends and a big library of books. He had the precociousness that so often comes with being a firstborn and the sense of responsibility that so often comes with being an older brother. He was loyal to his family, kind to his sisters, and honoring to his parents.

Central to Nick’s life was his Christian faith. When he was still young he determined it would be disingenuous to simply imitate his parents in their faith, so he began an independent investigation to determine if it was worth believing. He eventually became convinced that Jesus Christ is the Savior of the world and that he ought to be a follower of Jesus. He professed faith, was baptized, and became a member of Grace Fellowship Church where he worshipped gladly and served joyfully.

When the time came to consider matters of vocation, he found his heart set on pastoral ministry. His search for a seminary led him to Louisville, Kentucky and the twin institutions of Boyce College and the Southern Baptist Theological Seminary. In 2018 he enrolled in an accelerated program that would allow him to complete a bachelor’s and master’s degree in five years. He pressed hard, determined to finish early, and was on track to finish in only four. He was a diligent student who developed a particular fondness for New Testament and Greek language studies. He also hit his stride relationally, developing many meaningful friendships, becoming an assistant resident advisor and international student advisor, and taking on the role of mentor to many of the younger students.

Soon after arriving in Louisville Nick set his heart on Anna Kathryn Conley, who goes by Ryn. They began dating a year later and Nick slipped an engagement ring onto her finger just three months ago, on August 21. Their wedding day was to be May 8, 2021.

On November 3, while participating in an sports activity with his hall, Nick died very suddenly and unexpectedly. The cause remains unknown.

All who had the privilege of knowing Nick grieve his passing and remember him with fondness. All who share his faith eagerly anticipate the day they will see him again. His parents, sisters, and fiancée say, through tears, “The Lord gave, and the Lord has taken away; blessed be the name of the Lord.”

(Those who wish to honor Nick’s memory are invited to contribute to the Nick Challies Memorial Scholarship which will annually provide tuition assistance to a selected student from Canada whose ministry aspirations are the same as those Nick possessed—to return to Canada and serve as pastor of a local church.)