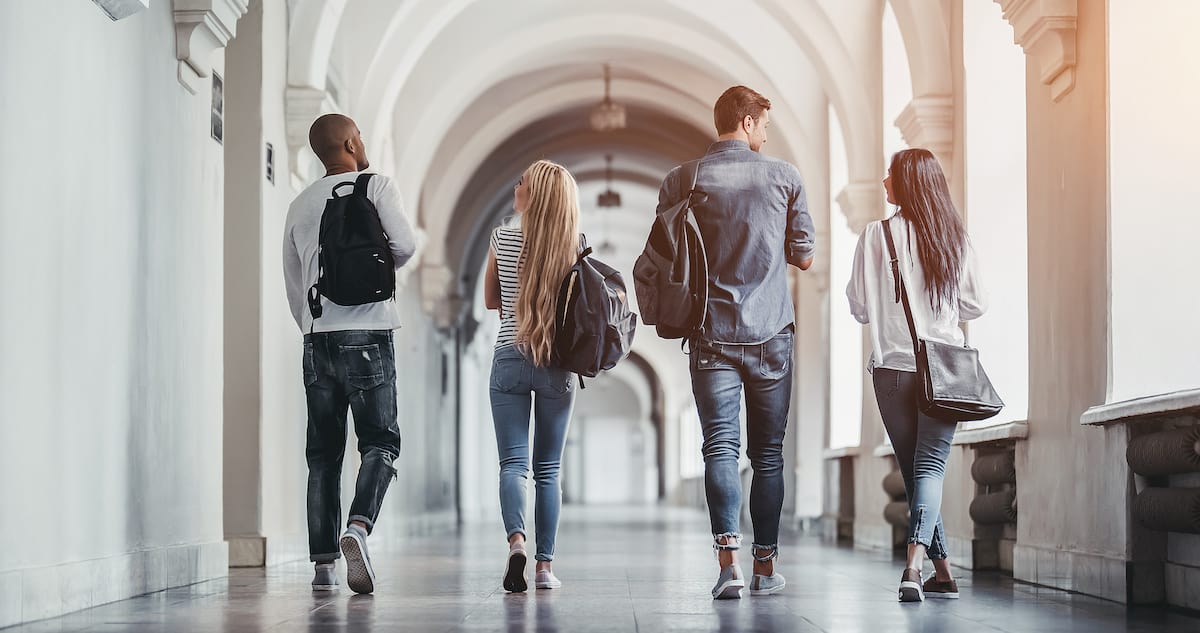 I won’t ever forget the day we dropped Nick at college. We had driven him down to Louisville, Kentucky where he had enrolled in pre-seminary studies at Boyce College. We had helped get his little dorm room all set up. We had dropped by the bookstore and picked up the last of his textbooks. We had attended the orientation meetings and the chapel service. We had huddled together to pray. And now there was just one thing left to do—begin our journey home and leave him behind.

As I drove along Lexington Road and made my way toward I-64, Aileen sat beside me and wept. She did not weep gently. She did not weep in such a way as to have a few tears trickle gently down her cheeks. No, she wept as if her heart had been torn in two. Hours later we arrived home and, as we began to settle in for the evening, I had my own moment of emotion when it came time to lock the doors, for I realized that I was no longer locking all my children in to the safety of our home, but this time locking one of them out.

We adjusted quickly, of course. Nick thrived at Boyce and we took great joy in his joy. How could we lament his absence when he was doing so well, learning so much, and growing so substantially in wisdom and godliness? Two years later we had to do it again when Abby headed down to join him. We found her departure a little bit easier having gone through it once, but also a little bit harder in that it came in the midst of a pandemic that had very nearly closed the border between our countries. In August of this year we will do it all again, Lord willing, when Michaela journeys down to take up her studies there. This time we will be empty-nesters, at least for the duration of the school year.

A friend recently asked for some guidance for parents whose children are leaving home, perhaps to go to school or perhaps to join the military or perhaps just to begin an independent life. “What counsel might you give them” she asked? I thought I’d take a few minutes to consider it. Here’s what I came up with.

First, I would encourage parents to deliberately begin loosening their oversight well before their children leave. We do not serve our children well when we maintain rigid control over them while they are in the home but then simply release them when they leave. It’s far better to begin to release control when we are still present to observe and to guide them. It’s not the worst thing in the world if they fail a few times when mom and dad are still nearby to provide them a soft landing.

Second, treat them like adults. You need to do your kids the dignity of treating them like grown-ups and not like children. This involves giving them adult privileges, but also requiring adult expectations. I expect you will generally find that they are eager to prove themselves by rising to those expectations.

Third, I would encourage those parents to carefully distinguish between matters of preference and matters of absolute right and wrong. What I mean is that your child is probably going to be out of your home for all of two weeks before they get a tattoo or a piercing, or before they begin sporting some new fashion choices or a new hairstyle. Kids who are raised in a Christian home often seem to feel the need to express themselves in ways like these. And while it may not be your preference, you’ll need to consider whether or not you treat them as if they’ve sinned. (Hint: they probably haven’t; also, see my second point above.)

Fourth, help them find a good church. Make sure that when they depart to a new school they are also departing to a new church. I’m always glad when parents contact me to say, “my child is moving to Toronto to go to school; can you tell me about your church?” I’m always glad to welcome those students when they begin to attend. And I’m sure most pastors are the same. I would generally encourage students to become members of the church they go to when at school since they will be there for more time than they’ll be at home. Plus, it’s good for them to go through a membership process independent of their parents.

Fifth, clarify expectations about relationships. It would be helpful for you to distinguish between “I think it would be wise for you to refrain from dating during your freshman year so you can focus on adjusting to college and building friendships” versus “I forbid you to date in your freshman year.” Give them that clarity and remember to treat them like adults.

Sixth, write them letters. I’m sure you’ll be calling, texting, and FaceTiming with your kids, but there is still something special about letters. Leave a letter with your children when you drop them off for the first time and then make it your habit to write to them every few weeks. They may not reply since you probably never taught them how to write and address a letter but they will read, keep, and treasure the ones you send them. Also, why not send them care packages from time to time.

Seventh, find the balance between letting them go and remaining involved in their lives. Don’t stalk them or obsess about them, but also don’t utterly abandon them. Remain in contact and make yourself available for counsel. But also be sure to grant them their independence. It may take some trial and error, but you’ll find the right balance.

Finally, commend them to the grace of God, trusting in your own heart that God loves them even more than you do and that his plan for them is even better than your own. Pray for them and pray with them as you part and make this your final and ultimate petition before the Lord: nevertheless, not as I will but as you will.

Oh, and remember to treat them like adults. But I’m pretty sure we already covered that.