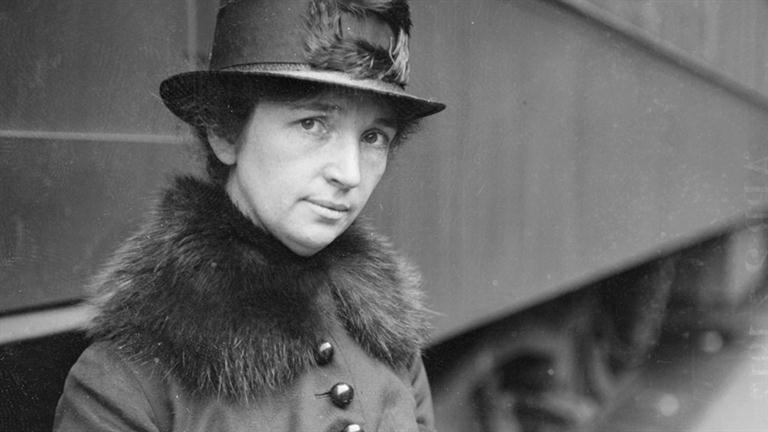 Over the past couple of months, Planned Parenthood has been exposed as a ghastly business profiteering from the sale of aborted babies. Undercover videos have taken us into secret meetings where deals are struck and even into labs where aborted children are dismantled and prepared for shipping. Some of Planned Parenthood’s high-ranking employees have been exposed as profit-driven and uncaring, concerned more for the well-being of their personal finances than the health of the women who visit their clinics.

Along the way, those who fight for the pro-life cause have been passing along information about Planned Parenthood and its founder, Margaret Sanger. This morning Joe Carter, writing for The Gospel Coalition, offered 9 Things You Should Know About Margaret Sanger. And this seems like as good a time as any to remind ourselves of this: Truth matters, and truth is always better than half-truths or full-out lies. This is exactly why I so appreciate Carter’s article.

When it comes to Margaret Sanger, many people have been passing along isolated quotes that portray her as a relentlessly racist zealot who created her birth control clinics for the express reason of eradicating African-Americans through her Negro Project. Most people draw this from a quote where she says, “We do not want word to go out that we want to exterminate the Negro population…” But as Carter says in his article, “More likely, she feared that if the belief were to spread that the goal of the Negro Project was to ‘exterminate the Negro population’ it would hinder her true eugenic objective: the extermination of the subset of the black population that she considered ‘degenerate’.” So yes, she said those words, but they need to be read in context.

Now listen, there is little moral superiority in attempting to eradicate a subpopulation of African-American “degenerates” in place of an entire population of African Americans. Both are unconscionable and horrific. Really, the fact that her actions were in danger of being construed as exterminating an entire population just shows how abhorrent they were. By no means am I defending Sanger. Rather, I am simply pointing out that Sanger’s views as they have been memed through Facebook may not be the truth, the whole truth, and nothing but the truth. And as Christians, we need to concern ourselves foremost with what is true, even if it seems like the truth won’t serve our cause as much as a half-truth.

The truth, at least as described by Carter’s research, is that Sanger was, indeed, racist, but not to such a degree that she wished to eradicate all African-Americans. Carter does not deny “that Sanger’s views were implicitly—and sometimes explicitly racist—or that the effect of her ideas and organizations did not lead to the destruction of black communities. It is merely to say that it doesn’t appear racial superiority was her primary motivation for advocating sterilization and birth control.” If that is true, it is important, and it is all we should repeat. In Sanger’s case, the truth is plenty disturbing and damning.

Sometimes we want things to be true because it seems like that version of the truth would be more helpful to our cause. But truth always trumps falsehood. We do not serve our cause by making Margaret Sanger “more racist” than she actually was, or by assigning to her motives she did not actually have. When we do that, we open ourselves to reproach and ridicule. But even worse, we show that we are losing confidence in God, who is the source of all truth. We show that we are losing confidence in his ability to bring justice. God does not need our lies or our half-truths to further his cause and to right this world’s wrongs. He just needs the truth because, in the end, the truth will prevail.

Update: Based on discussion in Facebook, I would like to append the following paragraph: “Let me offer an example of the kind of thing I am talking about in this article. I have often seen Sanger quoted as saying, “Colored people are like human weeds and need to be exterminated.” I have seen that as memes floating around Facebook. I have seen that quoted in many articles. Yet as far as I can see, it is not an accurate quote. Therefore, as Christians who know and love the truth, we should not repeat it (at least, until we can prove that she actually said it). But even more importantly, we don’t need to. We can stick to the truth and nothing but the truth and trust that the truth will be more powerful and more effective than a half-truth or full lie. As I say in the article, “In Sanger’s case, the truth is plenty disturbing and damning.” There’s no need to fear the truth or to enhance the truth. Going beyond the truth doesn’t help our cause; it damages it.”