We spent Wednesday night aboard a train that took us from New Delhi to Lucknow. We woke up in a very different part of the country. We were greeted at the station by a friend—a local pastor—who promptly took us to his apartment for breakfast. The city here is smaller, a little less noisy and less busy, and quite a bit less smoggy than New Delhi. The train station was huge and beautiful and built to look British, no doubt a hold-over from colonial days.

For the past several decades there has been slow gospel growth in Uttar Pradesh, but recently the pace has increased and more and more people are coming to the Lord. This local church pastor is native to India and fluent in both English and Hindi. He is a graduate of Southern Seminary and completed the internship program at Mark Dever’s Capitol Hill Baptist Church before returning to Lucknow to take up the work here. You may have heard him share his testimony at the most recent Together for the Gospel conference. While he and his church are not in imminent danger of outright physical persecution, it would be unwise to mention his name or the name of his church. Christianity is regarded as a western religion and conversions to Christianity—of which they are seeing many—are regarded as defection or disloyalty.

As this man pastors a local church, he is also involved in training and mentoring the current generation and the next generation of church leaders. He has around him several young men who are prospective pastors, each involved in a mentorship program. And he meets regularly with other area pastors to help in their ongoing training.

Shortly after we arrived in Lucknow we went to that meeting of church pastors and leaders from across the state; there were perhaps 30 of them there yesterday, though often more than that are able to attend. They meet on a monthly basis to learn God’s Word and to encourage one another. They are pastors and church leaders, yet few have had formal training and there are scant resources in Hindi to help them in their ministry. Murray and I were able to hear their testimonies of how the Lord saved them. For an hour we sat and listened as they recounted how they Lord had opened their eyes to his truth. That was a tremendous blessing.

I was asked if I would like to say something to them, so through a translator I spoke for some time from Ephesians 6 and putting on the whole armor of God. It was a real privilege. As we heard afterward, many of these men do their work in the simplest ways—they pastor small churches and then meet with families or individuals throughout the week. As they study the Bible together, they invite friends and neighbors to sit with them. And the gospel spreads steadily from house-to-house and village-to-village.

In the afternoon we were taken to a rural village, far outside the city, where this church is working alongside Compassion International to sponsor an after-school program for children from that village and several others nearby. The children come to learn more and learn better, since the local government schools are somewhat lacking. Each one of the children is sponsored by Compassion and this church oversees the distribution of clothing, food and medicine. A few years ago I spent almost a week with Compassion in the Dominican Republic and learned how Compassion works with local churches; here I saw this in action, with a gospel-centered church faithfully offering material, educational and spiritual help, caring for the whole person. What stood out to me is that Compassion is a silent partner here, providing funds and assistance, but requiring no mention; the children know only that the people of this church love them and want to care for them.

As much as India is known for its massive cities, it is still a country of hundreds of thousands of villages. This village was noticeably poor. Few of the children have what could be considered adequate shelter, many of them have only the clothes they wear (though next week the church will be providing a new school uniform for each of them). There were some glimpses of the new world here—almost everyone has a cell phone— but in many ways it also looked a lot like life here has always looked. There were people threshing wheat by hand, people gathering water buffalo waste to dry and use as fuel, people chopping and chewing sugarcane. Even here, even in this little village, just one of so many, the gospel is doing its work through the local church.

This first day in Lucknow was such an encouragement to both Murray and me. We were encouraged to see faithful pastors and faithful Christians laboring here, quietly serving, quietly going about the Lord’s business. And He is at work. 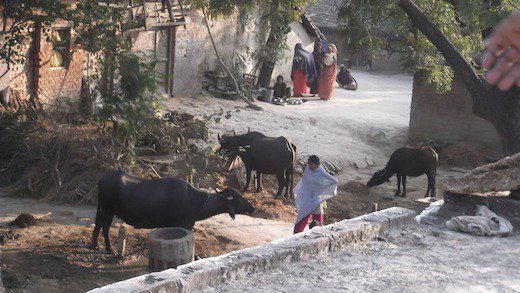 A small village in India. 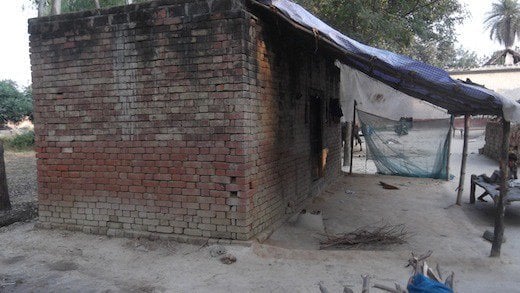 This is one of the better homes in the village. 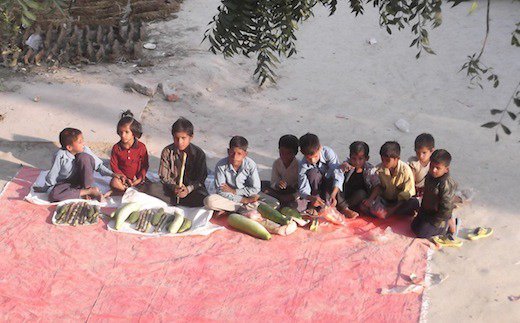 As part of their schooling, the kids were selling sugarcane and vegetables. 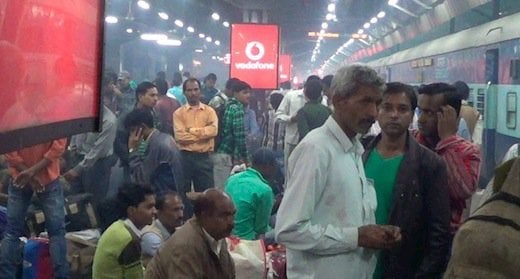 From a day ago, here’s New Delhi’s train station.