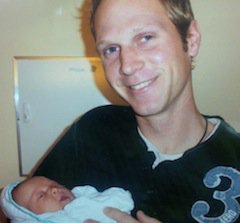 On the evening of May 6, Tim Bosma of Ancaster, Ontario, was doing the most mundane of things–he was attempting to sell his truck. He had advertised that his 2007 Dodge Ram pickup was for sale and two men had responded. His wife watched the truck pull out of the driveway as Tim took them on a test drive. She would never seen her husband again.

Eight days later police confirmed that they had found Bosma’s remains in a field, burned beyond recognition. Dellen Millard and Mark Smich, both residents of nearby suburbs of Toronto, have been charged with first-degree murder, but no one has been able to determine why they killed Bosma or why they would even want to. Millard was independently wealthy and had no clear financial need to steal a 6-year-old truck. In fact, just a day after he allegedly murdered Bosma he purchased a condo for over $600,000 in cash. Smich has a more extensive police record, but little that would obviously place him on the path to kidnapping, forcible confinement, murder, and the desecration of a body.

Bosma’s murder is a crime that makes no sense. It is a crime that has resonated with residents of Toronto and all of Ontario and it remains front-page and headline news across the city and province. And I am convinced that the story is resonating because Tim was so ordinary, so out-of-place in a situation like this. He was a normal guy doing a normal thing when he fell into the hands of evil people intent on doing him the worst kind of harm. Men look at him and realize that it could as easily have been them; women look at his broken-hearted wife and know that her anger could be their anger, her grief their grief, her loss their loss.

We can all relate to Tim, to his context, to his family, even though few of us ever met the man. He was a member of Ancaster Christian Reformed Church, a congregation that meets just down the street from where I lived for many years. His sister was a classmate at Ancaster High School. His friends were our friends. He was the guy who moved my in-law’s air conditioner when they renovated and the guy who just a few weeks ago was renovating the home of some friends from church. I didn’t know him, but I know so many people like him. I’m like him. He and I are not the kind of people who get inexplicably caught up in a crime like this one. These things happen to people who bring it upon themselves, not good, ordinary, unremarkable people.

On Wednesday Tim’s friends, family, church and hundreds of strangers gathered for a memorial service in his honor. It was broadcast across the country. The pastor called upon everyone there to see life as fleeting and death as the inevitable end of each one of us; he spoke of the hope Tim had found in Jesus Christ and the joy of a future heavenly reunion. The family grieved, mourning the loss of a man who was taken so harshly and so suddenly. Then the crowd drifted away and went back to their lives. The family went home without a father, husband, brother, son.

Tim’s death–really, Tim himself–has resonated in the hearts and minds of people in this area because in some way he represents us, the ordinary people, the unremarkable people. His murder reminds us that life, even at its most mundane, is dangerous, as long as there is such evil in the world. As his wife paid tribute to her husband at the memorial service she said “The devil led the vilest form of evil down our driveway and he smiled at me before driving Tim away.” There is evil is in this world and sometimes it smiles at us before destroying us.  t smiles even while destroying us. But it doesn’t make sense. It doesn’t act in the way we want it to act.

I began writing this morning hoping to find something profound to say, something that might clarify this crime in my mind. But there is no making sense of it, for evil doesn’t play by our rules and doesn’t give us a satisfying explanation for its ways and deeds. If there is a glimmer of hope it must be this: the promise–the sure and steady promise–that even the most evil events do not escape the eye of the God who is good. If he sees the fall of the sparrow, how much more does he see and care about the death of a man made in his image. And if he assures us that there were redeeming purposes in a murder even more ghastly–the crucifixion of his own Son–we can believe there must be greater purposes in this murder as well.