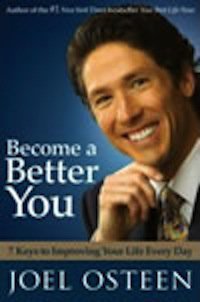 There are few things I love to eat more than bread. I just love a good loaf of white bread. I eat it the way many people eat junk food (and, I suppose, one could argue that it is junk food). Not too long ago we bought a bread maker from a person nearby who was selling all his possessions to move back to his native Poland, having found that North American living was not to his liking. The machine worked well for five loaves but on the sixth, while the bread was being kneaded, I heard a strange grinding sound followed by a sharp crack. I opened the machine and saw that the paddle, the piece that beats against the dough, had broken. I removed the lump of dough and decided I could simply put it in a bread pan and bake it on my own. A few minutes later I pulled the loaf from the oven. It looked just perfect–golden brown on top and shaped a whole lot better than the loaves that come out of the bread maker. I eagerly cut into it, looking forward to enjoying a slice of bread. But, to my surprise, I cut into, well, nothing, really. Apparently the dough had not been properly kneaded. The loaf of bread was full of air; it was full of nothing. I had baked a crust.

As I thought about Joel Osteen’s new book, Become a Better You, I was reminded of that sad, pathetic little loaf of bread because this book, like that bread, is form without substance. This is Osteen’s second book, and the follow-up to his bestselling Your Best Life Now. Like the previous title, this one features a picture of the smiling pastor on the front cover and offers seven steps to a better life. Like Your Best Life Now much of the book follows this format: “The way to ______ is not to ______. Instead, you need to ______. You might say, ‘But Joel, I can’t do ______ and ______.’ I know it’s hard. Rise to the challenge. Don’t let yourself get beat up or knocked down. God has so much more for you.” And like his previous book, this one is maddeningly repetitive. It is a handful of his sermonettes for Christianettes expanded into 380 pages of mind-numbing repetition.

Each step is broken into several chapters and each part ends with a series of Action Points intended to give the reader concrete steps to tak to improve his life. It is, frankly, a lot like every other self-help book on the market today, but with one crucial difference–this one is built, supposedly, upon the Bible.

As I closed the cover on this book I began to wonder, What is it that draws people to Joel Osteen? Why do people enjoy his teaching so much? After all, tens of thousands of people attend his church each week and hundreds of thousands more watch him on television. He has become one of America’s most popular pastors, even while he teaches things that most pastors would testify are inconsistent with the Bible.

I think the secret to Osteen’s success is this: he teaches self-help but wraps it in a thin guise of Christian terminology. Thus people believe they are being taught the Bible when the reality is that they are learning mere human wisdom rather than divine wisdom. Osteen cunningly blends the wisdom of this age with language that sounds biblical. He blends the most popular aspects of New Age and self-help teaching with Christianity. And his audience is eagerly drinking this in.

And this raises an important and related question. What is Osteen’s authority? On what authority does he base what he teaches? Christians have long understood that the only authority we have when it comes to spiritual matters is authority given to us by God through the Bible. We are committed to teaching only things that are consistent with God’s revelation of Himself in the Bible. Without the Bible we have no authority. A pastor has no right to stand in front of a congregation and teach people what he believes. Rather, the pastor is to stand in front of the congregation and teaches people what God says about Himself. He bases all he does and says on this standard. In reading Joel Osteen we do not see this manner of authority. In reading Osteen we see a man who appeals to himself and to his own understanding and experience as authority. Rarely does he appeal to the Bible (66 times in 380 pages). Never will the discerning reader feel that Osteen has sought to understand the Bible first. Rather, it seems that he looks to the Bible to prove what he has already written or what he already believes. He uses the Bible, but not as a source of authority.

This is not to say that Osteen has no understanding of Christianity. Become a Better You contains some teaching that seems consistent with the Bible, and certainly there is lots of Christian terminology woven in. But Osteen teaches what is clearly a woefully inadequate theology of sin, repentance, sanctification and life. Osteen seems unable or unwilling to bring the power of the gospel to bear on life–real life. Life, he teaches, is not a meant to bring glory to God, but is meant to bring blessing and ease to the individual. He occasionally shares words that approximate the gospel, but ones that always stop short of providing the complete gospel as we find it in the Bible. “We’ve all sinned, failed, and made mistakes,” he says, “But many people don’t know they can receive God’s mercy and forgiveness.” That sounds fair, but he goes on to say, “As long as you’re doing your best and desire to do what’s right according to God’s Word, you can be assured God is pleased with you.” Is it enough to desire to do what’s right? Is God pleased with those who do their best? “That accusing voice will come to you and tell you, ‘You lost your temper last week in traffic.’ Your attitude should be, ‘That’s okay. I’m growing.'” But sin is never okay, whether we are growing or not. We can never excuse sin and can never minimize it.

My encouragement to those who intend to read this book and to those who enjoy the ministry of Joel Osteen is simply this: examine his authority. If you love Joel Osteen for who he is–a charismatic, smiling, successful, wealthy purveyor of advice–you will appreciate this book. It may change the way you live. But in that end that is all just puff. It’s like bread that is nothing but crust. If you are looking for teaching with true substance and for teaching that can really transform a life and renew a heart, look for a teacher who relies on an authority outside of himself–look for a person who humbly and faithfully teaches the Bible and who brings the wisdom of the Bible to bear on all of life.