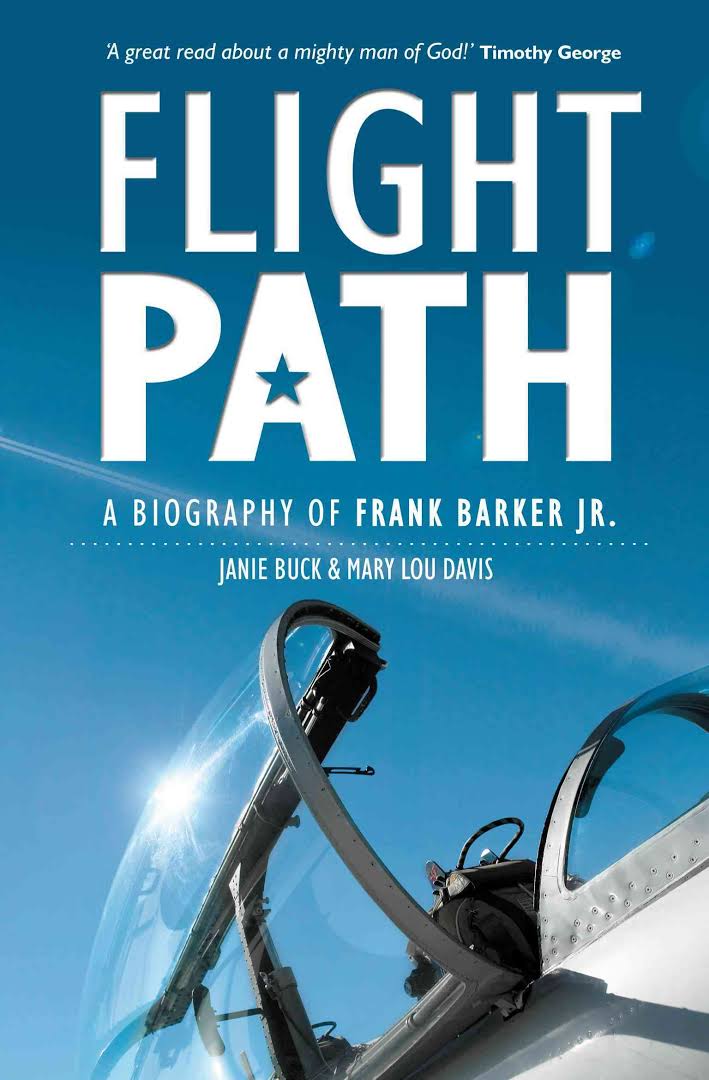 Buy from Amazon Buy from WTS Bookstore
A biography is an account of a person’s life written by another person. An autobiography is an account of a person’s life written by that person. We would assume that a biography would be written in the third-person and an autobiography would be written in the first-person. Through reading hundreds of books, that has been my experience. Or it has been until I read Flight Path, A Biography of Frank Barker Jr.. A biography of Frank Barker written by Janie Buck and Mary Lou Davis, it is written in the first person. In the final chapter the authors explain this innovation: “Writing the life story of Frank Barker has been a process of ‘slash and burn.’ So much material that could, and probably should, be included was left out. There is no way to record all the great things God has done in and through him. Therefore, I have written about the man and not his voluminous accomplishments. After two years of collecting information and praying, God led me to write as if Frank was telling his own story.”

I had never heard of Frank Barker until I read this book. Yet it seems that I probably should have heard of him. Barker founded Briarwood Presbyterian Church (PCA) in Birmingham, Alabama–a megachurch long before America was littered with hundreds of them. It must surely still be one of the few Presbyterian megachurches. As surprising as it is that, what is more surprising is that a man like Frank Barker would be the one to begin and nurture such a church. Born into a believing home, Barker fled from the Lord. He lived hard during his teenage years and eventually joined the Navy, becoming a fighter pilot. He continued his hard living until he was radically saved by the Lord and felt called to the ministry.

In the summer of 1960, Frank Barker agreed to help the Birmingham Presbytery start a church in Cahaba Heights. Just a couple of months later, Briarwood Presbyterian Church was officially chartered. Barker led the church for four decades before retiring near the close of 1999. Flight Path is Barker’s story, beginning with his childhood and ending with his post-“retirement” career as a speaker and leader.

John MacArthur says of this book: “The story of Frank Barker is an amazing account of how God uses the faithful and the humble. In a marvelous way Christ sought him, saved him, and made him an effective instrument for the building up of the church. What a remarkable and encouraging legacy!” I was struck as well by the way Christ sought Barker, how He saved him, and how God raised him up to begin such a great work. So often it seems that God chooses the most unlikely people to do great things for Him, whether it be in choosing Moses, who was terrified of public speaking, to be His mouthpiece; choosing Paul, who persecuted the church, to be the one who would relay the theology of the New Testament; or Frank Barker, a man who lived for his own pleasure and satisfaction, to be the man who built a church that God used to save so many.

An interesting book that tells a fascinating life-story, Flight Path was an enjoyable read and one I am glad to recommend.