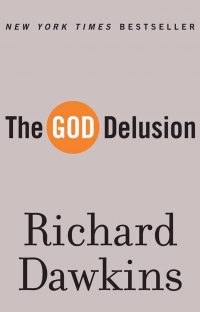 The atheistic literary pantheon is currently comprised of three men: Sam Harris, Richard Dawkins and Christopher Hitchens. All three men have written bestselling books and all three have published their most recent efforts in the past year. While I have no reason to believe that they have planned their books to coincide thematically or chronologically, their books do resemble each other in several ways. All three men believe that religion is a blight on society and all of them choose to deal most specifically with the evils of Christianity and its adherents. All three believe that religion harms far more than it hurts and all of them are angry and unwilling to be silent about all of this. Of these three, Dawkins is the most influential and we can rightly say that he is currently the most prominent atheist in the world.

Sam Harris, the philosopher, has a kind of “guy next door” quality. Though he’s clearly angry and has a bone to pick with religions and their adherents, he maintains a certain philosophical niceness and aloofness. Dawkins plays the role of the brilliant scientist and doesn’t care to be nice. Christopher Hitchens, the reporter, plays the role of the curmudgeon, confidently leveling both barrels and telling his readers exactly what he believes. Where Sam Harris’s book, which I recently reviewed, took the form of a Letter to a Christian Nation and was short and to the point, Dawkins’s The God Delusion is more formal, verbose and sometimes rambling. Where a reader may be left wishing Harris would expand on some of his points a little, he will often wish Dawkins would just get to the point already. We’ll get to Dawkins’s main point momentarily.

Dawkins begins by describing the purpose and intended audience of this book. “It is intended to raise consciousness–raise consciousness to the fact that to be an atheist is a realistic aspiration, and a brave and splendid one. You can be an atheist who is happy, balanced, moral, and intellectually fulfilled.” Shortly after he says, “If this book works as I intend, religious leaders who open it will be atheists when they put it down.” Though he admits this may be presumptuous optimism, it seems clear that he is serious. He wants to see nothing less than the eradication of religion and the conversion (or de-conversion) of religious adherents. Making it clear that it is Christians to whom he speaks more than any other, he wastes no time in sharing his opinion of God, at least as He reveals Himself in the Old Testament. “The God of the Old Testament is arguably the most unpleasant character in all fiction: jealous and proud of it; a petty, unjust, unforgiving control freak; a vindictive, bloodthirsty ethnic cleanser; a misogynistic, homophobic, racist, infanticidal, genocidal, filicidal, pestilential, megalomaniacal, sadomasochistic, capriciously malevolent bully.” Having made clear what he thinks of God, Dawkins defines what he calls the God Hypothesis. “There exists a superhuman, supernatural intelligence who deliberately designed and created the universe and everything in it, including us.” Dawkins provides an alternate view. “Any creative intelligence, of sufficient complexity to design anything, comes into existence only as the end product of an extended product of gradual evolution.” God, thus, is a delusion. Dawkins sets out to show that He is a dangerous delusion and attempts to show where He has come from.

Dawkins admits that science cannot disprove God. However, he does feel that science makes God so improbable as to all but disprove His existence. “What matters is not whether God is disprovable (he isn’t) but whether his existence is probable.” After dedicating a chapter to dealing with common arguments for God’s existence (among which are the proofs offered by Thomas Aquinas, ontological arguments, arguments from beauty, experience, Scripture and even Christian scientists, and so on) he gets to the heart of the book, the argument that he considers extremely powerful and perhaps even impossible to overcome. Turning on the familiar question of “Who made God?” he makes an argument from improbability (calling this the Ultimate Boeing 747 gambit–a phrase that will make sense to those who are familiar with Fred Hoyle’s argument for proving God from design). “However statistically improbable the entity you seek to explain by invoking a designer, the designer himself has got to be at least as improbable.” For this argument to work it is important for people to understand that Darwinism teaches us to be wary of the assumption that the only alternative to chance is design. Instead, Darwinism shows that there can be “graded ramps of slowly increasing complexity.” It shows that organized complexity can arise without the hand of a designer. Thus Darwinism, according to Dawkins, is “the ultimate scientific consciousness-raiser.”

The question Dawkins says theists are unable to answer is this one: Who designed the designer? An entity capable of designing something as improbable and complex as any number of the amazing plants and animals we see in the world would have to be far more improbable. Positing a designer simply aggravates the problem of statistical improbability, so improbable is it that there would be both design and a designer. Design, says Dawkins, is simply unable to deal with improbability. Natural selection, though, is a “cumulative process, which breaks the problem of improbability up into small pieces. Each of the small pieces is slightly improbable, but not prohibitively so.” Natural selection has the power, says Dawkins, to tame improbability. Interestingly, such an assertion goes directly against the work of Michael Behe in his recent book The Edge of Evolution where he discusses the improbability of the mutations upon which evolution depends (and yes, I realize that even mentioning Behe’s name will make many people cease reading this review, so great is animosity towards him. But read my review of his book and you’ll see that I’m no great fan either). Behe also plays the statistics and probability game but with very different conclusions.

Even here, at the conclusion of Dawkins’s primary argument, we are only 160 pages into this 400 page book. He goes on to discuss the roots of religion, attempting to understand how religion evolved. After all, “Religion is so wasteful, so extravagant; and Darwinian selection habitually targets and eliminates waste.” Why, then, does it persist so widely? He proposes that religion is a by-product of something else and is really just the misfiring of an underlying psychological propensity which at one time may have been useful. He then discusses morality, attempting to show that humans do not need religion to be moral, providing several reasons he feels morality can be explained through a Darwinian lens: genetic kinship, reciprocation, benefit from acquiring a reputation for a particular trait and the benefit of conspicuous generosity as a way of buying unfakeably authentic advertising. After suggesting that modern morality does not stem from or depend upon the Bible (and after mocking the biblical concept of atonement), he discusses what is wrong and harmful in religion. Two chapters remain. In the first of these he discusses children, suggesting that raising children to be religious is a form of child abuse (though he backs down from suggesting whether such abuse should be grounds for authorities to punish parents or revoke their parental rights) and in the final chapter shows, to his satisfaction, at least, that humanity has no “God-shaped hole,” no gap that religion needs to fill in individuals or in society.

The book raised two overarching questions in my mind. I was fascinated by Dawkins’s continued references to luck. Luck is necessary even to his central argument. “Natural selection works because it is a cumulative one-way street to improvement. It needs some luck to get started, and the ‘billions of planets’ anthropic principle grants it that luck.” But what is luck? Might it be that even an atheist realizes that even natural selection is an incomplete explanation and that there must exist some force outside of even that? How can luck be a satisfying explanation for a man of science? Is luck ultimately any more satisfying than the presence of a deity? And as for probability, is probability not relative to a person’s perspective? Near the end of the book Dawkins deals quite enjoyable with perspective, showing that we, as humans, only perceive an object like a rock as being solid because of our perspective. Were we much smaller, we would see not a solid mass but the gaps between the atoms. So who are we to declare what is probable and improbable? Dawkins often accuses theists of having too narrow a perspective, of having an arrogance caused by a too-narrow perspective, yet he seems to fall into this same pit with his limited view of probability.

While Dawkins never claimed that he would be fair, I did note that he dealt exceedingly harshly with religion. For example, the book contains multitudes of stories where Christianity is claimed to be the cause of great sins and evils. He continually shows religion in general, and Christianity in particular, at its absolute worst. Never does he pause to show how Christians have brought help and healing to the world. He shows how professed Christians carried on the slave trade, but does not show how they led to its destruction. But when it comes to atheism he provides no bad examples. Even when he discusses Stalin and Hitler he suggests that they committed atrocities not because of their atheistic ideology, but in spite of it. Religious people, it seems, do evil in the name of their faith while atheists do evil despite their lack of faith. This is hardly fair; hardly convincing.

Then again, I don’t suppose I should go looking for fairness. Dawkins made it clear that he intended that this book would drive Christians away from their faith. It certainly did nothing to rock my faith. Despite the fact that this book attempted to do harm to the One I love most, I still enjoyed reading it and would even go so far as to recommend books of this nature to discerning Christian readers. I find it interesting to see how atheist thought is evolving, especially now that atheism is becoming a more legitimate, a more respectable alternative in our society. Dawkins is, in many ways, leading this charge as one of its elder statesmen. Then again, perhaps there is little hope for me. Dawkins makes it clear that religion is the opiate of the masses of those who are not as intelligent as he is and are perhaps not quite as evolved. Throughout the book he takes jabs at those who are not intelligent enough to see that religion is vestigial, that it is just a by-product of something else and that it serves no practical purpose. He is condescending towards those who hold to religion and has a kind of pity for them. There is a sense in which he is right. If God is not real, if Jesus is not the Son of God and has not risen from the dead, Christians are to be pitied above all, for we spend our lives in the wasteful pursuit of a God who is not there.

But my faith remains. The atheist has faith in science and mathematics, faith in pure probability and faith in his own ability to properly interpret them. The faith of the Christian lies elsewhere. We both have faith. But the Christian has hope.