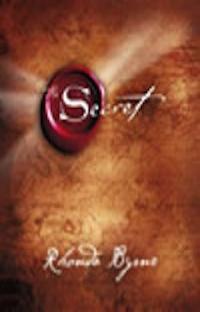 The Secret is a phenomenon. Since the book debuted late in 2006 it has sold over four million copies with some thirty other translations now available or underway. It is likely to become one of the best-selling self-help books of all time and is being constantly praised and endorsed by celebrities. Venture into your local bookstore or look around you while waiting at an airport, and you’re bound to see people reading it and absorbing it. They will not just be people who consult astrologers and who listen to Tony Robbins tapes, but normal, average people like the ones who live next door to you. There are almost 1400 reviews of the book printed at Amazon with an average rating of 3.5 out of 5. The breakdown of those scores is interesting: fifty-two percent of them are 5-star, thirteen percent are 4-star and twenty-one percent are 1-star (Amazon does not allow a 0 rating). This means that the majority of people, the great majority even, believe in at least some aspects of the book’s premise and teaching. They believe in the law of attraction.

The Secret began as a DVD. Rhonda Byrne had faced a particularly difficult time in life and came out of it only after she learned The Secret, which is her term for what is commonly known as the law of attraction. In gratitude she created a DVD presentation to share this knowledge and, having seen the remarkable success of this DVD (which has sold in excess of 1.5 million copies), she created a book by the same name. The claims are lofty: “There isn’t a single thing that you cannot do with this knowledge. It doesn’t matter who you are or where you are, The Secret can give you whatever you want.” Imagine that: the power to get absolutely anything. Who can resist that claim?

The law of attraction, which Byrne says is the most powerful law in the universe, states that people experience the logical manifestations of their predominant thoughts, feelings, and words. This gives people direct control over their lives. A person’s thoughts (whether conscious or unconscious) and feelings bring about corresponding positive or negative manifestations. Positive thoughts bring about positive manifestations while negative thoughts bring about negative manifestations. The theory is very simple. Because it is an absolute law, the law of attraction will always respond to your thoughts no matter what they are. Thus your thoughts become things. You are the most powerful power in the universe simply because whatever you think about will come to be. You shape the world that exists around you. You shape your own life and destiny through the power of your mind.

The steps to utilizing this law in life are simple and supposedly founded upon the wisdom of Jesus as we read it in Matthew 21:22. “Whatsoever ye shall ask in prayer, believing, ye shall receive.” The law of attraction demands only this:

There are aspects of this law that are clearly attractive to the human heart. We all like to think that we have ultimate control over our lives and that we can have anything we want. We all want to control our destinies and to feel that the universe is at our beck and call–that it is a friendly force working with and not against us. This is, I am convinced, what draws people to the law of attraction.

But there are many areas in which The Secret has nothing to offer–in which the law of attraction as the most powerful law in the universe is simply an incomplete, irrational and even depressing answer. Allow me to suggest a few.

First, The Secret has no real ability to respond to the problem of human evil–surely the greatest problem anyone can face. Byrne admits that people’s first thoughts, when they hear of the law, is to think of times where masses of people lost their lives. According to the law of attraction, these people were necessarily on the same frequency as the event that took their lives. They may not have had thoughts of the event, but somehow their negative thoughts drew them into it. But this simply does not prove a satisfying answer to the world’s problems. Does this not mean that the millions of Jews who perished in the Holocaust were ultimately responsible for thinking negative thoughts that summoned this even to them? Does it not force us to believe that the people who died when the Twin Towers collapsed on 9/11 were responsible for calling this negative situation to themselves? Does it not mean that a young girl is ultimately responsible for the years of sexual abuse her father imposed upon her? The Secret offers nothing to these people but the understanding that their suffering is somehow their own fault. When we look at The Secret as the law that can bring you anything you want it has a clear attraction; when we look at it from the perspective of one who has suffered, it is clearly flawed.

Second, the law works itself out in ways that are breathtaking for their selfishness. For example, Byrne warns against listening to people speak about their illnesses or problems lest you begin to think negative thoughts and begin to manifest the negative consequences in your own life. She warns against sacrifice, either financial or personal, saying that sacrifice makes you prove your belief in lack rather than in abundance. She tells you to always place yourself first and to always look out for your own interests ahead of anyone else’s. She puts you in the place of God, as the one who stands at the center of the universe. The law of attraction continues in logical progression until it arrives at the inevitable end result of ascribing divinity to humanity.

She goes on: “You are God in physical body. You are Spirit in the flesh. You are Eternal Life expressing itself as You. You are a cosmic being. You are all power. You are all wisdom. You are all intelligence. You are perfection. You are magnificence. You are the creator, and you are creating the creation of You on this planet.” The law offers no higher power than yourself. This makes me wonder: what would the world look like if everyone followed The Secret and devoted themselves primarily to their own interests, forsaking compassion and sacrifice and other “negative” elements of life?

Third, the law, at least insofar as it is described in this book, makes no allowance for what happens when desires clash. What happens when two people set their thoughts on the same thing? While I understand that the universe offers infinite opportunities, can two people equally have the same thing? What happens when what one person wants is harmful to another person? What if one person’s pleasure is another person’s pain? If the law of attraction is the highest law in the universe, it must be that there is nothing to govern such cases.

Finally, the law also works in ways that defy both common sense and human experience. For example, when considering weight loss Byrne makes the unbelievable claim that food can only make you fat if you think it can make you fat. If you determine that food is unable to make you gain weight, you can eat as much as you want and never gain wait or suffer any ill effects. When considering health she suggests that we can heal ourselves of any affliction simply through the power of our minds. Interestingly, The Secret has been championed by Oprah Winfrey who offers her own life as testimony to the power of the law of attraction. The week after Oprah’s endorsement sales of The Secret jumped from 18,000 to 101,000. The week after a second endorsement sales rose to 190,000. Winfrey has since had to soften her enthusiasm as people were following the book’s advice to the extent that they were forgoing medical treatment, believing in the power of their thoughts to heal themselves. Doctors were unimpressed, as were the diseases and disorders which did not respond to the mind’s attempts to destroy them. Byrne even says that the law of attraction can grant immortality. Yet the people who teach this law seem to be aging at the same rate as the rest of us.

As I read The Secret it occurred to me that if the Bible were a product of human minds it would undoubtedly resemble something like this: a celebration of humanity, a portrayal of humans as divine, and probably the most idolatrous thing I’ve ever read. Within the Bible, in the first chapter of the book of Romans, God addresses this desperate desire to rid ourselves of God’s claim to our lives. “Claiming to be wise, they became fools, and exchanged the glory of the immortal God for images resembling mortal man and birds and animals and creeping things. Therefore God gave them up in the lusts of their hearts…because they exchanged the truth about God for a lie and worshiped and served the creature rather than the Creator, who is blessed forever! Amen.” And amen. The Secret claims to be able to give us everything we could ever want. Yet it can’t even address the fundamental problems of human nature. It represents only the latest in a long line of attempts to revoke God that has continued since the first man turned his back on His Creator. There’s nothing new here but the fancy, twenty-first century packaging.