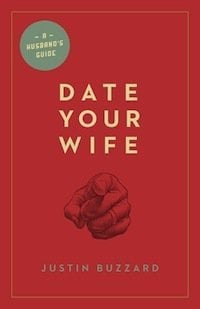 There is always a hot market for books on marriage, even among men. Every husband is aware of his inadequacies and every husband is genuinely eager to find solutions, especially if the solutions are simple and step-by-step (just like laying laminate flooring or changing oil). Writing a good and biblical book on marriage—now there is a challenge. Few have done it with excellence. Stepping into the fray is Justin Buzzard with his new book Date Your Wife. It’s a great title, a good idea, and a helpful imperative that is, unfortunately, substantially flawed.

The book’s greatest strength is drawn straight from its title: Buzzard wants men to build dating into their marriage; he wants men to continue to romance their wives throughout marriage. Any man who reads this book will come away with a greater desire to pursue his wife and greater conviction of the inherent goodness of doing so. The book’s foremost application is valid and good, but there is quite a lot of weakness along the way.

These are strong and near-universal statements for which he allows no meaningful exceptions. To prove them he goes in an unexpected direction: Genesis 2:15. “The LORD God took the man and put him in the garden of Eden to work it and keep it.” He says this:

Fundamental to his manhood, God gave Adam this double calling: work and keep. These Hebrew verbs can be better translated: cultivate and guard. God commissioned the first man to cultivate the garden and guard the garden. God gave the first man immense responsibility, immense power, to cause the garden to flourish or to fade. … God gave Adam a job before he gave him a wife. So, when God presented Adam with his bride, what did Adam know he was called to do as a husband? If you had to summarize it in a sentence, what was Adam called to do for his marriage and for his wife? Cultivate and guard it. … After giving Adam a calling, God gave Adam a wife–the crown jewel of his calling. “Cultivate and protect this woman I’ve given you; cause life to flourish. Take the raw materials of this marriage and develop them–build, invent, create–so that your wife will flourish and thrive in this environment. Develop and protect what I’m entrusting to you,” God said to Adam.

This is an unusual interpretation and application of Genesis 2:15. Certainly this is a text that gives man his job description in this world, but it is quite a stretch to take that same description verbatim into the marriage relationship. It would have been far more helpful, I think, to look to Ephesians 5 where a husband is told to nourish and cherish his wife and where he is told to wash her in the water of God’s word. What Buzzard wants the husband to see is that if your wife is not flourishing, it must be because you, the husband, are not cultivating and guarding her. The key to fulfilling your mandate as a husband is an ongoing dating relationship that continues well past the wedding day.

Buzzard is right to an extent. Every husband is prone to abandon the pursuit once he has made his marriage vows. Every husband is prone to lethargy and to become distracted by the busyness of life, but it is too big a leap to go from there to the husband as responsible for all marriage problems. There is no doubt in my mind that the Bible clearly directs a husband to lead his wife in marriage. However, I fail to see a direct connection with Genesis 2:15 and I fail to see that all that is wrong in marriage is the husband’s fault. That makes it all far too simple and suggests that a husband’s leadership makes him responsible for his sin and for his wife’s. But leadership does not require assuming all blame. I can think of many marriages where it has been the wife who is the worst thing in that marriage—an ungodly or downright wicked wife whose husband lovingly, patiently cares for her and bears with her despite her sin. The husband is not at all faultless, but neither is he the heart of the problem. Buzzard’s argument fails the test of Scripture and simply does not line up with the evidence.

Working with a faulty foundation, it will not be a surprise when a book comes to some unusual conclusions and applications. One example has to do with sex. Only a couple of chapters into the book he offers a glimpse into his own marriage and the frequency with which he and his wife have sex. He quotes an email his wife wrote to another woman who had heard that sex twice a week or every three days was a useful goal. Taylor responded:

I guess this is a question our husbands can best answer, since they typically have the bigger ‘sex tank,’ and we definitely don’t want to send them out into this sex crazed world with their sex tanks on low. Satan is prowling. One other brief thought is that when I’m aiming for 4x a week, that doesn’t have to be roses, chocolate and lingerie encounters every time. Quickies are an ace in our pockets. 🙂

Despite such concerns, the book is not uniformly weak and there are several sections that are genuinely helpful. Buzzard states at one point that the most important truth in the book is that Jesus can lead men from being the worst thing in their marriage to being the best. He puts the gospel at the center of marriage and draws the reader to the cross as the source of hope and transformation.

When the book gets to the practical component of what an ongoing dating relationship looks like, he divides it into two sections: the air war and the ground war. The air war part of marriage “is planning for when your B–52 Bombers will fly overhead to drop major artillery and troops in support of your marriage, helping you push your marriage forward in significant ways.” He recommends crafting an annual plan that will take the couple away for two nights per month, and he even provides a list of the getaways he and his wife enjoyed over the course of a year and an accounting of their expenditures. The ground war is “the daily and weekly work on the ground and in the trenches that often goes unnoticed but makes a big difference in the long haul.” These are things like doing chores and putting the kids to bed and holding hands and sharing quick, romantic moments through all of life. There is much here that is useful. Simply the idea of planning your dates well in advance, that is just the kind of thing a young man does when he is smitten with a girl, but tends to stop doing once he has married her. I trust that for most men who read this book, their primary takeaway will be “I ought to spend more time with my wife.” That is well and good and truly helpful.

Ultimately, I think the most significant issue with Date Your Wife is that it does not carry enough authority, whether that is authority derived from careful explanation and application of key Scripture texts or authority gained through many years of marriage expereience. At one point Buzzard says:

I think I date my wife well. I think I’m a good husband. So does Taylor and so do people who know us and know our marriage. I don’t have any secrets or special tricks. My only secret is that I feel deep in my guts that God has given me a life and a wife that I don’t deserve. Grace is my secret.

He recounts how early in his marriage he and his wife spoke to friends who had been married for decades. These friends assured the young couple that sex gets better year after year. Then he says, “I didn’t get it then. I get it now.” But he doesn’t. Not really. After all, as he says early on, “Last week my bride of seven years gave birth to our third son, giving us three boys under age four”. This is a book on marriage written by a man who has been married for seven years. I don’t want to say only seven years, but I suppose I cannot help but imply it. Seven years is not inconsequential, but neither does it carry a great deal of authority. There is a humble and even painful realism in John Piper’s This Momentary Marriage (Who can forget the statement that the first twenty-five years are the hardest) and Tim Keller’s The Meaning of Marriage that is missing here.

Ultimately, Date Your Wife is not quite the book I was hoping it would be. It is useful in its applications, but I wish those applications had been built upon a more solid Scriptural foundation; this would have made them far more powerful and far more compelling. With so many titles on marriage available to us, I would be hesitant to recommend this ahead of the others.